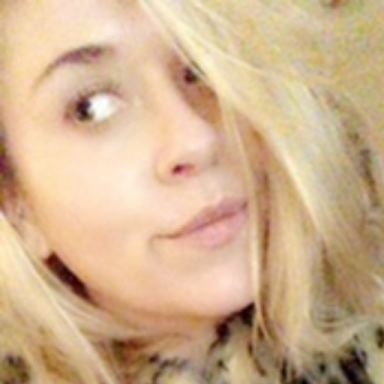 There is no sugar coating the fact that dating sucks. I am not talking about finding a person and liking them and it becoming something more. That is amazing and is what makes all of the dates that didn’t work out worth it. Getting there, though, is another story. Nowadays, dating comes with experiencing everything from matching on an app and the other person never sending a message (or you sending a message and the other person never responding) to going on three dates and being ghosted, because that is also apparently appropriate. You really do have to have some thick skin to make it in this game, because there is a lot of turnover and rejection.

The other night I was scrolling through Netflix and saw He’s Just Not that Into You, which I haven’t watched in a long time. As I have been doing the dating app thing for a little while, I jokingly thought to myself that I could use a refresher on the topic. It’s actually also just a really good movie, so I decided to watch.

The plot of the movie revolves around a guy giving his friend, who is a girl, dating advice. The girl’s character is somewhat of an ingenue and wants to find love but always seems to fall or chase guys who undervalue her or that don’t really want to be with her. While I know there are a lot of women out there who know what they are looking for and know when it isn’t right, I think that many of us can also identify with falling for “the wrong one” or continuing to make ourselves available to and seeking out someone who ultimately didn’t want to be with us.

As I watched and listened to the advice the guy gave his friend, I realized there actually was some straightforward, practical advice to take away from the movie. I took out my phone and started writing down the things that I wanted to be able to remind myself of the next time I get ghosted after date three, because let’s be honest, it’s probably going to happen another time or two. I also appreciate being able to extrapolate and take something meaningful away from someone else’s work.

Recognizing that a guy (or girl) isn’t that into us is a lesson that most of us need to experience. It is important to know that when someone is not that into us, we shouldn’t chase or fawn over that person. At the end of the day, there are billions of people on this planet. We don’t need to be stuck on one person that isn’t into us, because statistically speaking, there is someone out there who is.

This is what we need to remind ourselves when we meet someone that we want to take an interest in us and doesn’t, is hot and cold, or won’t commit:

1. We are not the exception, we are the rule! (Basically, the rom-coms where the guy realizes the girl was actually The One the whole time is the exception. Recognizing that these situations generally do not come full circle is the rule.)

3. If a guy gives you his number instead of taking yours, he’s not interested.

8. If a guy wants to be with a girl, he will do what he can to make it happen.

9. If a guy likes you, great. If not, there are plenty more out there.

11. Maybe the happy ending is moving on.

We can debate some of these, but relatively speaking, these are truths that we need to see in all of our romantic relationships. There are a lot of us out there that have experienced heartbreak because we have been hung up on or chased someone that at the end of the day just wasn’t that into us. When we acknowledge the above things in a relationship and allow ourselves to accept that we are into someone that isn’t into us, we can see the signs sooner and ease the emotional impact. Because at the end of the day, if someone isn’t that into us, there are millions of other people out there we are missing out on that might be.

Kyra McMillan is an attorney, yoga teacher, and writer in progress.