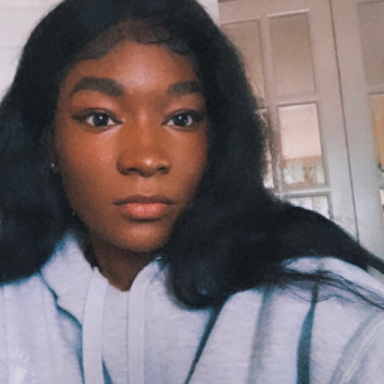 Have you ever taken a personality test? Do you read about your zodiac sign? Are you an avid fan of MBTI? Do you know your enneagram type? Or perhaps it’s none of the above and you just have an identity or a label that you strongly identify with. Now, add a mental illness into the mix.

When you have a strong image about yourself, one that years of work has gone into, accepting a mental health diagnosis can feel like kissing that image goodbye. And with your image goes your sense of self—everything you’ve ever known about yourself and who you’re destined to be. But it’s deeper than that. With your sense of self goes your creation. You are not just a product of your environment, but a product of self-proclaimed truths you have accepted about yourself. If you are a confident go-getter who always has everything under control, you are that way because you created that version of yourself. If you are a kind and gentle soul who others see as a mother figure, you are so because you created that person.

So when mental illness arrives with all its suitcases and endeavours to ruin your creation, it feels personal. It’s like someone spilling white paint all over an artist’s newly finished canvas. You’ve spent years clinging onto your image as the risk-taking Aries, but now anxiety and paranoia disorders have tamed your impulsive spirit. Perhaps you were supposed to be the emotionally intelligent INFP, but borderline personality disorder distorted your ability to read the room. Maybe you’re the enneagram type 3 — The Achiever — but depression has slowed down your brain performance and replaced productivity with procrastination, sedulousness with sluggishness.

Admit it or not, we all have labels we identify with or at the very least an image we’d like to uphold. It’s how we maintain our place in the world. We feel as though if we don’t have an easy-to-define identity, the world will either choose one for us or move on without us. I, the hardworking Capricorn, the intelligent INTJ, the diligent enneagram type 3, had to swallow the bitterest pill.

I had a mental illness that made me nothing like my archetype. I was a disappointment to the person I had spent years creating, the person my friends and family had got to know. I now had to live with this cognitive dissonance regarding who I was at my default setting before mental illness and who I am now.

I was never an emotional person. I was usually the wisest amongst my peers and never got involved with things I shouldn’t. I worked hard in school, had a normal childhood, wasn’t exposed to anything devastating or scarring. I was a good girl with regular amounts of rebellious behavior. I did what I was supposed to do when I was supposed to do it. There was nothing that screamed ‘mental illness’ about me. I began to think maybe I had been lying to myself about who I was this whole time. Maybe I had never been who I said I was. Maybe I had never been strong and unmoving. If I had been right about being the person I thought I was, I never would have been affected by mental illness, right?

Wrong. I, like many others, missed the whole point. This can happen to anyone. Mental illness isn’t classist or ageist or racist. It doesn’t pick a certain type of person. It picks names out of a hat. And it’s not a matter of survival of the fittest — I am the fittest. My name was still picked.

I don’t fit the archetype for the person dealing with mental illness, and that’s why it was so hard for me to accept that I had one. I didn’t want to identify with the rest. The people that I strongly identified with were happy-go-lucky, motivated people. They were ambitious, hard workers with their lives together. They were organized with their time. They were bubbly and charming, highly productive, disciplined and strong willed. They were deeply religious. And they did not have a mental illness.

For me, accepting that mental illness had caught me in its snares meant losing some of my identity.

It happened to you. Accept it. And recognize that it’s not your fault. It doesn’t speak volumes about the kind of person you are for having it. It doesn’t mean a part of your identity is lost. You don’t have to part ways with your sense of self. You are a human being, not a human doing. So simply be. Be the happy guy that puts a smile on everyone’s face. Be the hard working girl that others aspire to be like. And use your mental illness to swing the narrative in your favor. You were the pastor’s kid who battled anger management issues while preaching love everyday. You were the emotionally intelligent psychology major who fought dissociative disorder while studying the very same thing. You were the sometimes inconsistent yet reliable consultant who got promoted for best customer service despite swinging between manic and depressive. You are the master of your mind; it is not the master of you.

So, mental illness or not, you can still be the same person you always wanted to be. You can still walk with your old crowd and carry your family’s name.

And anyone who doesn’t accept you because of it was never an asset to you in the first place.