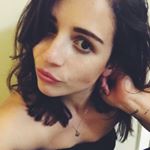 Grief, like the ocean, is so vast and all-consuming, riddled with conflicting undercurrents and riptides and waves. There are different depths and different temperatures that seemingly exist just so that we can never fully get a handle on it.

No matter what we’re told, whether we know it’s coming or not, it doesn’t matter. Because grief isn’t always linear, and even more importantly, it isn’t always obvious.

Swimming between the flags is really just a formality, because once you’re in, it’s so easy to get pulled every which way without even realising it, until you’re submerged and trying your hardest to swim against the current, to get back onto solid ground.

But here’s the thing, solid ground doesn’t exist anymore, not really. You can get back up there, sure, whether it be through fighting against the violence swirling around you, or going with the flow until you can drift around it.

But once you’re back on land, the flags in the distance, a mere suggestion of safety now, you can still see the ocean. You can still smell it, taste it. You still know that, no matter where you go, who you meet, what you do, we are always surrounded completely by it, the one constant on this earth.

And that is scary, the thought of such constant instability.

You can bask in the high-pitched silence of your own head. You can watch as the storm clouds, all purple and gray, loom in the distance, promising rain that might make you feel something else for a tiny slice of a second.

We’re taught to believe that grief comes in tidal waves, tsunamis—obvious, destructive forces that leave nothing but havoc and hurt in their wake. And it does.

We will all, at some point, experience grief so grand, so earth-shattering, that anyone who even glances in our direction will see it. They’ll see you violently thrashing around in the undercurrent, trying so hard to keep yourself above water, trying so hard to get back to the shore.

They’ll help you. They’ll throw out ropes and ride out on boats and pull you in, support you. Whether or not you want it, you’ll get it right there on the shoreline you washed up on.

But grief also comes in ripples and trickles. The kind of grief that causes drips of water and confusion within us. An insidious, overlooked force that erodes slowly, quietly over time, leaving permanent grooves and just as much damage as a tidal wave ripping through us.

Again, at some point, we will all experience the suffocating silence that comes with being trapped under the weight of grief that doesn’t look like we think it should, like we’ve been told to expect. Sometimes, that can be the loneliest shoreline in the universe.

I like long naps and short walks to the fridge.