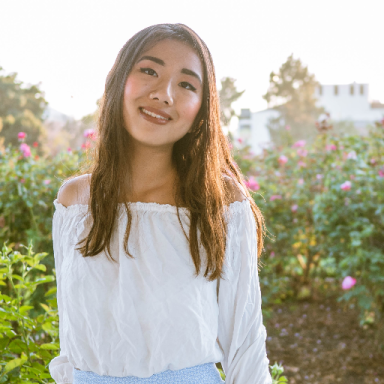 With midterm elections rapidly approaching, I’m reminded of a 2016 study that revealed single women comprise the most powerful voting bloc in the U.S. So why, then, are the issues that matter most to women and the issues that disproportionately affect us dismissively cast off as “women’s issues” — as if the experiences and values of 51 percent of the U.S. population are somehow out of the mainstream?

This is, of course, due to the prevalent cultural understanding that men and the male experience are the default. Everything else is “identity politics,” fringe and tangential to more “serious,” supposedly identity-neutral issues, like jobs and the economy. And the purpose of all of this is to gaslight women and feminists, to convince us that we do not belong in the spaces where decisions are being made, that the things we care about don’t actually matter.

In The Gaslit Diaries, my newly released book with Thought Catalog, I explore the trivialization and dismissal of women and the wide range of issues that disproportionately affect us. In a series of 12 essays, The Gaslit Diaries identifies the cynicism young feminists often face when we express our opinions for what it really is: gaslighting. And this gaslighting does more than poison our dialogues — it often places women in life-or-death danger, and stunts much-needed progress on women’s rights by suggesting that we as a society have already reached the finish line, and those who continue to protest oppression are just unhinged “social justice warriors.”

From the migraine epidemic that disproportionately affects women, to the correlation between anti-abortion laws and rising U.S. maternal death rates; from mounting advocacy for men accused of sexual violence, to the persistence of the gender wage gap, women’s everyday experiences within the patriarchy—and demands that we “prove” these experiences—have shown us the gendered nature of credibility. The adage “believe women” isn’t just about sexual assault: It’s about women’s condition, experiences, and the broad subversion of our voices.

I wrote this book over the course of two weeks in the summer of 2018 while working in the capital; I was deeply frustrated and distressed by news of the Trump administration’s family separation policy, and the retirement of Anthony Kennedy from the Supreme Court. At that point, I had been writing about women’s rights issues and national politics for women’s magazines for close to four years; I had had the honor of working with a number of women’s rights and reproductive justice groups, and had learned so many valuable lessons and new perspectives from them. In the heat of my frustration and distress, I looked back at all the work I had done, all the lessons I had learned from supportive and brilliant mentors, and realized how much I had to say.

I did not write it under the illusion that what I have to say is particularly different or unique of ideas that feminists have been screaming into the patriarchal ether for years. But all my life, I’ve heard and seen enough mediocre, uninspired male ideas given the time of day to know that what I have to say is valuable, important, and worth saying, nonetheless. Women are told every day in so many words that our ideas are not special or unique enough to be shared. But we shouldn’t have to be anything but ourselves to have opinions and share them.

I am so excited to share this book, a piece of myself and my perspective shaped by years of following the news, years of experiencing sexual harassment firsthand, years of facing the shortcomings of our health care system’s treatment of women. And in this exhausting, ceaselessly devastating political moment, I hope it’s what you need to see the way forward, and feel empowered to take action.

The Gaslit Diaries is a collection of essays about feminism and politics. The book is available for purchase here.

In a series of 12 essays, The Gaslit Diaries identifies the cynicism young feminists often face when we express our opinions for what it really is: gaslighting. And this gaslighting does more than poison our dialogues — it often places women in life-or-death danger.