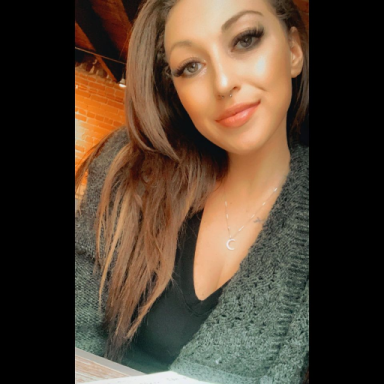 I fell in love when I was 22. It felt like a whirlwind. We met through the same group of friends and it all just seemed to click; I fell for him almost instantly, like a ton of bricks.

He was my best friend. I could talk to him about everything—all my shame, my past. He even found all the stupid things I found funny funny too. He was protective and affectionate. We were practically inseparable and considered ourselves ‘the power couple’—the ones who got through everything together. No matter what we faced, I was going to be there for him, and he would be there for me. Everyone knew it. He is still one of the very few people on the planet who knows me to my very core.

Our life together began to fall apart. Suddenly, nothing was working anymore. We were broke and fighting all of the time. He lost his job; I was working ridiculous hours. It seemed as though we were constantly attending a funeral or grieving another kind of loss. We were struggling.

That’s when the fights started getting just a little bit out of hand. And then they got worse. And then worse. And for whatever reason, I couldn’t leave. We were going to make it, we had to—we always did. There was just too much going on right now; once we got through this, once we healed from this, we were going to be okay again. I just knew it.

“He’s going through a lot right now, I just need to be there for him.”

“It’s my fault, I shouldn’t have antagonized him.”

I can’t say I was any better. I eventually started exploding at him in a similar fashion. We became fire and gasoline. The sweet love I had once cherished so deeply had turned into toxic chaos, and I didn’t know how to escape.

I didn’t realize how much of a toll it all was taking on my psyche. I didn’t realize what kind of person I was turning into. I didn’t even realize I was depressed until I told my mom that all I wanted to do anymore was sleep. All of my relationships were deteriorating right in front of my eyes. I was unreliable, a liar, and angry at everything. I was drinking heavily to cope, had little to no self-worth, and absolutely zero self-confidence.

People always ask me why I couldn’t leave, as if any of the reasons above weren’t enough.

I wanted to believe that eventually, things would be okay. And that we would finally accomplish all the things we had said we were going to. I wanted to forgive him. I wanted to believe that there was something I could be doing better or differently to support him, that maybe I was the reason why he kept snapping the way he was. That I could fix it. That we could hopefully fix it and things could go back to the way they were.

But if I’m being honest, I didn’t actually have any desire to become independent of that situation. He had convinced me that this was as good as it was going to get, and at the time, I was willing to settle for that because it meant I got to be with him. My relationship with him became my entire life, my entire reason for living, and my entire identity. Despite everything we had gone through, I still loved him (or at least some form of love) and I still saw the good in him.

Even if I did, by chance, find something or someone better, he had promised me he would find a way to ruin it. In my head, I was stuck, whether I wanted to be or not.

I remember driving on my way home from work one night, I was picking up a pizza for dinner. A song I hadn’t heard in forever randomly played and something just clicked in my brain. It wasn’t even some crazy, emotionally moving song, either, which is the funny part. I’m pretty sure the lyrics were “Fuck it, I don’t need you.” But in any case…

I told him I was moving out that night over our pizza.

I wish I could give anyone who may be facing similar circumstances some advice as to how or why I suddenly found the courage to leave, but I really don’t have any. I guess that it had been building and eventually I came to terms with the fact that he wasn’t going to be able to provide me the things he always promised me, and that meant sacrificing the life and future I wanted so badly in order to be with him. The scale had finally tipped and I had turned into a monster in the process, which was something that I was struggling to accept.

That was enough of a reason for me to leave. I figured out the rest as I went.

It wasn’t easy—it was really fucking hard. I had to pick myself up off the ground and put my broken pieces back together every single day for years, all the while way too scared to let anyone close to me again out of fear it might hurt if they touched me. I avoided feeling anything at all and distracted myself with drugs and alcohol and whatever else I could. I found myself in relationships with people just to kill the time and self-sabotaging before it could ever get past a certain point. My friendships were shallow. I was allowing my lack of self-worth to disrupt my entire life. Again. But this time, it was no one’s fault but my own.

And then I had to forgive myself for all of that, too.

I’m sure that anyone else who has come out the other side of an abusive relationship can agree with me when I say that there are so many layers to this process. It’s not supposed to be smooth or pretty. Every time I think I’ve overcome one lesson, another is slapping me across the face with a vengeance. There are a lot of destructive mistakes, behaviors, and headspaces I’ve had to confront that are a direct result from having been in this relationship. To be honest, even after all this time, some days are still much harder than others. It’s been five years and just the idea of being vulnerable in an intimate relationship again scares the shit out of me. I wonder all the time if I’ll finally not be fucked up, if I’ll ever be able to trust someone again, if I’ll ever be able to be in a healthy relationship with someone who genuinely loves me and to actually believe in it.

But, I’m trying. Healing takes time, I know that. I have a lot that I still need to work through and that’s okay. I’m forgiving myself more and more every day.

I just want whoever may need to hear it to know that I understand. I know it takes time. I want you to have faith that strength lies within you, too, no matter what you may believe or what you may have been made to believe about yourself. Believe in your strength more. Love yourself more. Forgive yourself more.

I’m on a mission to help others see their worth and find their truth.