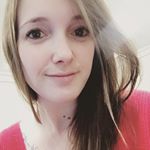 Sometimes I think the greatest enemy of love is complacency.

I don’t know who told us that tomorrow is a promise, but we circle it in red on the calendar and pretend we don’t notice that it keeps moving. We stash words beneath our tongues like they won’t spoil down there, won’t turn to ash down there, won’t become regrets down there. And you know what? Maybe what I mean to say is that sometimes I think the greatest enemy to love is silence.

It took me years to realize that my teeth weren’t meant to be prison bars. It took a leaving, a cleaving, yes, it took you breaking us across your knee and tossing us into the fire like so much kindling for me to realize that we were a sinking ship, my words a flare gun and yours a lifeboat, and fools that we were, we drowned. Look at us, buried beneath the bottom of the ocean, anchored by everything we never said.

Whatever you think regrets weigh, they weigh more.

Sometimes I think the greatest enemy of love is fear.

It is hard to be a sunken thing, harder still to climb back to the surface, and then somebody has the gall to ask you to get back on a boat. To risk sinking again, to risk drowning again, when you still sometimes wake up in the middle of the night coughing up water from your lungs, reaching for a hand that hasn’t been there in years. In your dreams, you’re still sure it’ll be the one that saves you.

And if we are brave enough to get back on the boat, tell me how the first wave doesn’t send us retreating back to shore, white flag waving. Tell me how a patchwork sail made of threadbare hope and trust shot through with cannons can get us anywhere we’d call home.

Tell me, tell me how.

Sometimes I think the greatest enemy of love is us.

I am an ocean, a sea, an entire universe of unsaid words.

I saved them all for later.

I thought we had a later.

Author of ALL THAT WE SEE OR SEEM.