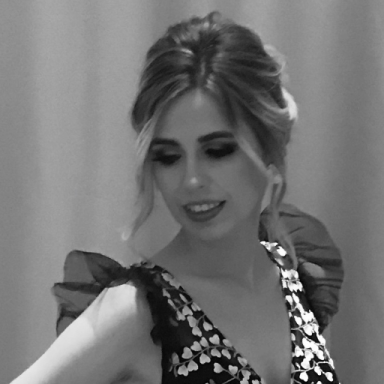 He came over to my apartment for the last time a week before my 28th birthday. This was our real goodbye. COVID-19 was forcing me to make an earlier than anticipated departure from the city that was the setting of our love story. I thought I had at least two more months before I had to let go of him and this city for good.

We said hellos as he walked through the threshold. Then he opened his arms and embraced me tightly. He held onto me for a long time, longer than I had expected him to. As we unwound our arms from around each other’s torsos, tears were trickling down both of our cheeks.

“I promised myself I wouldn’t do that,” I said, trying to wipe away any evidence of misbehaving mascara.

He then handed me a tub of Jenni’s Wildberry Lavender ice cream from his bag. I grabbed two spoons. We proceeded to sit—what we would have once considered an awkward “friendly distance” apart—on my sofa. He stayed for two hours, and we talked as an episode of Gray’s Anatomy played in the background.

While he and I were only romantically involved for a little over a year, it was clear that remnants of our past had lingered. The shards of our remains were still actively poking me, prodding me to continue to grieve while he was starting to move on with someone new. Yet it was obvious that the deconstruction of “us” still stung for him as well. Even if I couldn’t understand why, his pain was palpable. His authenticity, to this day, is something I will never be able to bring myself to doubt. He is a good man who feels his emotions just as deeply and completely as I do. The ending of us wasn’t something either of us could readily discard as just another breakup.

Earlier in the week, as I prepared for our final goodbye, I decided to write him a letter. I wanted to leave every thought I had ever had about him on paper. I had thought that maybe, if I laid every feeling out for him on the table, I could finally walk away with some semblance of peace. I wanted the pieces of him that still felt so formative to me to have a place to stay. I wanted to remember how I felt about him so that I would never settle for anyone who inspired me less. I wanted him to understand why the past year had been so hard on me and why I couldn’t just be his friend.

I would be lying if I didn’t say that a part of me wrote that letter as a sort of closing argument, as the last plea of my case for an “us”. Despite taking some time alone and going out on too many dates to count, my heart could not open up to any new possibilities because thoughts of him still actively occupied my mind. The more I hoped for time to stand still with someone else, the more often I rewound all of my old memories and the more certain I felt that I had found and lost what so many refer to as “The One”.

For months on end, I had tried and repeatedly failed to craft a narrative of our love story that was tied together neatly with our not-so-happy ending. Yet no version of that story provided me with any sense of closure. Our ending never made any sense to me no matter how I justified it. Because I had looked forward to and loved every single day I spent with him, I couldn’t envision a day of my future without him in it.

Only after reading my letter to him out loud during our goodbye did I realize that I had written my version of our love story. Not our version of our love story. While we had talked about marriage, children, our cultural backgrounds and career paths, he never felt compelled to collaborate on the big blueprint I had made for our hypothetical life together. Thus, he had never been forced to confront the grief that comes when you realize your dreams were just dreams and could never be plans. The pain I was experiencing finally made sense. I needed to tear up the blueprint.

When he got up to leave, he hugged me again. I nuzzled my head against his shoulder so that I could soak in the comfort and relish in the familiarity of his arms for the last time. I felt him take a deep breath and then he let go. He patted my back and I knew it was time for me to do the same.

I watched him walk to his car and drive away, but he looped back around to the front of my building to get one more look at me sitting in the window, illuminated by Christmas lights.

Love, In Spite Of Death

I Need More Than Your Arms Around Me