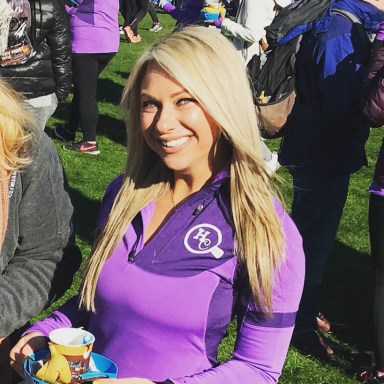 As cliché as a new year is, it also can be refreshing. A new year is the idea of letting go of the past. Of moving forward. Putting negativity behind you and basically starting fresh. A blank slate. 365 days to push forward and become closer to the person you want to be.

So while some people may sigh and roll their eyes at the New Year, others embrace it. Embrace change. Embrace hope. A new day, a new year, and another chance.

So while some might laugh, take a new year as a sign. Think about the goals you have for the next year and things you would like to get done. And then think about how you can do this. Consciously focus on your goals, not just in January, but also throughout the year.

Saving money. Working on a hobby. Spending less time on social media. Consciously being more aware of the people around you. Those are all things we could all benefit from doing in 2020.

It’s okay to keep quiet about your goals. Sometimes it’s better. As long as you know who you are and what you want, that’s all that matters. Keep your eye on the prize always. Don’t let worry about the future or what others think bring you down.

So for the next 365 days, focus less on resolutions and more on who you are and what you want. How do you get to that space? The answer is different for everyone, but with conscious awareness, we can all get closer to where we want to be.

This Is What To Expect From The New Year, Based On Your Zodiac Sign

Things To Consider At The End Of The Year

24 Powerful Ways To Finish The Year Off Right