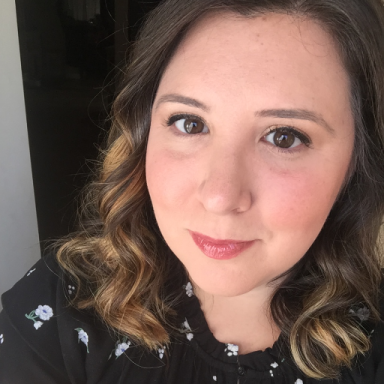 We’ve all been on both the giving and receiving end of it. A family member is in the hospital, a divorce, an untimely death, loss of a job, a sick child, choose any situation.

When these instances occur, we come forward with the best of intentions and with genuine hearts we offer the words, “Let me know if you need anything.” We say it and mean it, but let’s be real, at the end of the day, these words are no more empty promises.

Let me clarify. I’ve done this myself more times than I can count. The words and intentions aren’t the problem here, rather it’s the passivity of the offer.

We put the ball in the court of the person who’s hurting instead of taking the initiative to step in where we’re needed.

We do it because we feel timid about imposing, or because we mean well but aren’t sure how we’re needed. We are looking to them to take the lead without recognizing that they are likely already maxed out with burden and responsibility, and the offer to help on their terms actually becomes yet another burden.

In the end, it often does the opposite of what we intended by offering to help. The problem is we are largely inactive people who have good hearts and intentions but wait for the call for help. We no longer know how to impose (the right way) and step in where it’s needed.

You know what friend I’m talking about. The one who texts and asks what’s up, to which you say nothing, you’re fine, and an hour later they show up with take out. Or the one who “breaks” into your house to clean up while you’re at the hospital and leaves you dinner to warm up when you get home.

It’s the type of friend we all need in times of trouble and need to be on the lookout to be for someone else.

What if we realigned our thought process and realized the acknowledgment of the problem is enough of a call for help?

What if we recognized that a friend going through a divorce will need friends to show up with a bottle of wine and some chocolate? That the wife dealing with a kid with a cancer diagnosis needs laundry, chauffeuring, and lunches for her other kids. That the man with the sick parent needs dinner after yet another long night at the hospital.

In today’s world, we’ve not only lost our sense of community in a wider scope, but even within our smaller circles we stand at an arm’s length and wait.

The unfortunate reality of what happens is a crisis occurs and everyone reaches out to offer their love support and potential for help. But then the next day the phone is quiet.

We are no longer living in a world where a person moves into a neighborhood and the neighbors show up with casseroles to welcome them.

We have forgotten that true community requires us to act without invitation.

Sure, it may seem like a dated notion. We aren’t June Cleaver with hours of time at home to whip up a casserole. But even if you don’t have the time to contribute to someone, you can still send food or a gift certificate to the restaurant.

If you do have the time then show up, play with their kids, do their laundry, clean up their home, or if they’ve somehow got all that under control, then come over and sit with them late at night when the world is quiet and they need company.

Put yourself in their shoes and figure out a way to actively help. Even if it feels awkward or clumsy. Change your language. Don’t ask them if you can make dinner, tell them you’re dropping off dinner on Wednesday.

It’s both unfair and unrealistic to expect a person in crisis to verbalize their needs. They are scattered and stressed and probably feeling too guilty to put any burdens on someone else.

The bottom line is this: If you love someone, show up.

I’m saying this not just as a friend but as someone who has been on the receiving end of “let me know” more times than I ever thought I would.

When my first marriage fell apart, I found that I had two kinds of friends: the ones who said “let me know” and the ones who just did—the ones who did are still in my life today.

These are the people who understood that I had almost zero capacity to say what I needed. That I often didn’t know what I needed, and even if I did, I didn’t want to ask.

Family is often good at just doing and being there. Usually the relational closeness of family makes “imposing” on someone to help feel permissible. Friends often fall into a gray area where we want to help but aren’t sure of where the line is.

So, let me say it again.

Take the ball out of their court.

Your friend might have it together enough to say what they need, and if they do, follow their lead.

But if they don’t, whether because they’re too much of a mess or are too shy to ask or don’t want to impose, impose on them instead.

Even if you been hurt by relationships, they’re worth fighting for.