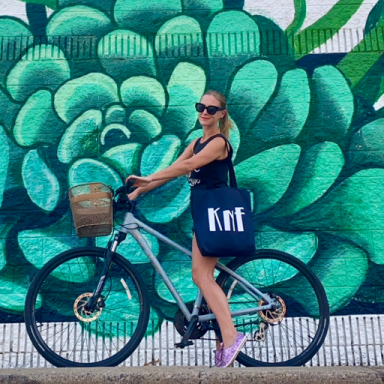 An interesting trend I’ve noticed these past few months is how I’ve almost, like magic, repelled people who aren’t in alignment with me.

In years past, I attracted a variety pack of narcissists, fuckboys, and energy vampires (oftentimes rolled into one). I attracted men who wanted me to be their arm candy, mold me into a Stepford wife, and toss my opinions out the window.

Being me, I always resisted these efforts and would flee shortly after realizing the situation I was in.

As my energetic vibration rose and I let go of my old ideas of being unworthy, my confidence increased. I began to speak up without fear of being judged or misunderstood. I stopped worrying whether people would connect with what I was saying or what my values were and continued to live my life, which is how life is meant to be lived.

As I began to change, the people in my life did, too.

I stopped trying to connect with the people in my family who judged me. I didn’t look at them for validation any longer, and I stopped caring what my peers thought about me, too (not that I ever did).

My bonds either became closer or they fell away. Many people who used to know me no longer connected with me as they used to. Guys who asked me out for coffee dropped me off at my front door without trying to come in.

At first, I wondered, Is my haircut really that bad, or is it because my energy has radically changed?

Jokes aside, I know it’s not the hair.

A woman I met through work asked me if I was single about a month ago. I told her yes. Giddy, she exclaimed how I absolutely needed to meet her colleague. I agreed for her to pass along my info, and immediately, the guy found me on Facebook. A few days later, we met up.

The conversation was fine. I had a good time. However, I already knew he was the type of guy I used to go out with—the kind who flashed his smile and colorful socks as he stepped out of his Jaguar on his way to an advertising meeting. That guy. Not the kind of man I’ve been attracted to since going through my own awakening—he was the kind of guy the old me would have been seen out with at a West Village restaurant. Then again, I also hung out with artists who lived in their run-down Tribeca studios and out-of-work writers who drank with me during the early afternoon on the Upper West Side.

NYC Kristin was still pretty laid back, all things considered.

Needless to say, we didn’t talk after our date. When the woman who set us up saw me afterward, she busted through the door with apologies. “I am SO sorry about that date,” she expressed with sadness in her eyes. I blankly looked at her, smiled, and shook my head.

“Don’t worry about it,” I said with a laugh. “I’m used to city dating where you go out, have fun, and it isn’t a big thing.”

Then she exclaimed, “He just doesn’t know what he wants!”

That’s what really got me. He doesn’t know what he wants?

I know what I want, though—and it isn’t him.

This double standard never fails to make me laugh. As much as I wanted to declare how shallow and materialistic this guy seemed, I didn’t. I just glanced at my boss, who quickly added, “Sometimes people connect, and sometimes people don’t.”

I couldn’t have said it better myself.

Obviously, it’s human nature to wonder, “What did I do wrong?” In this instance, I simply couldn’t. That just would have been my ego. It’s too obvious that I’m seeking connections with more depth, and I’m not just looking for a partner. Despite what society says, I’ve never been convinced I am built for monogamy or a traditional lifestyle, but having friends and companions who fit into your life at different periods seems to make sense to me.

I’ve never been a fan of labels, yet I don’t think we are all built to partner with one person for life. I’ve made some amazing connections with men throughout the years, many of them people I wasn’t “in a relationship” with. It’s clear we had a relationship, though—just not one defined by society standards.

I may never be the woman who comes home to her husband and kids in the suburbs, but I do know I won’t settle for anything less than someone who connects with my spiritual side. After all, that’s the true Kristin—not the one who buys her identity and finds her value in money, things, and status.

Girl on the go.