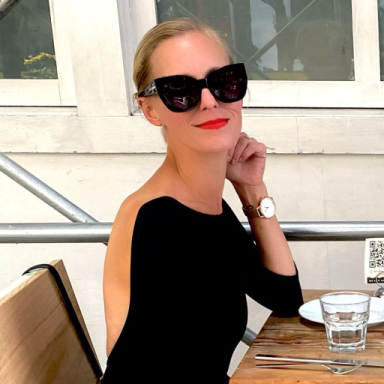 This December I turn 35.

In 34.5 years, I’ve done a lot for a girl born and raised in Michigan.  I’ve lived six majors cities (including New York), seven states, I’ve had a variety of careers, and I’ve fallen in love a few times.  I’ve had my heart broken, and I’ve called off a wedding to move to San Francisco.

In these 34.5 years, I’ve experienced a lot- yet, for some reason, people only seem to be concerned about the following:

“Have you ever been married?”

Am I going to suddenly decide I want to birth and care for a child? It’s highly unlikely. I’m still focusing on caring for myself. Sometimes I wonder if I’m even able to have children– you’d think I would have had a slip by now.

Sure, I could accidentally get pregnant, or I could meet a partner who influences me to have a change of heart. Hell, I could simply just change my mind.

I doubt it though.

Being a parent is not easy– and I commend the people who parent with all their heart and soul. It’s a huge job- but it isn’t for everyone.

Here’s to the women who are childless- and just because they don’t have a child doesn’t make them any less of a woman.

No matter what you choose, here’s to you- because our own decisions are just that: our own.

Girl on the go.