The first time it happened haphazardly. I was in my early 20s. A friend and I deplaned at Liberia, a tiny airport in Costa Rica, thinking we could get a bus to our next destination. We emerged from the gate confused and lost, seeing that there were no busses around. Desperation started to well in us as we clutched our bags looking like lost puppies, when a van drove over, rolled down the window and offered us a ride.

We nervously glanced at each other and, since there didn’t appear to be any other choice, nodded in unison, accepting the generous offer. As we sat and chatted with the driver, my friend typed into her phone and handed it to me, “My mom would kill me if she knew I was doing this!” I worried to myself that she wouldn’t have to.

As the minutes passed we relaxed and I came to realize that hitchhiking is a common way to get around in Central America and at the end of the ride, the driver refusing our offers of gas money, we alighted a little surprised that unlike American horror movies had portrayed, we weren’t chopped up in a closet somewhere. Au contraire, we’d just had a pleasant ride with kind people, and for free.

The next time I hitchhiked was in Java, Indonesia. After a few jeers and inappropriate hand gestures from young men that I’d come to learn were best to ignore, I sat at a bus stop reading a book, waiting for a bus that may never come since there was no set time and no way to know if it had already come and gone for the day.

After only about 30 minutes or so, a delivery truck pulled up and young local hopped out, offering, “Bondowoso?”

Something about his demeanor calmed me and endeared me to him, so I took the ride all the way through careening rice fields and ojeks, speaking my ten words of Bahasa with he and the others in the car, and they doing the same with their limited English. Once again they dropped me off without a scratch. In fact, they’d bought me water partway through as a gift.

After that I started to believe in the possibilities, and hitchhiked my way, mostly solo, through two provinces of China covering over 1000 miles. Sometimes I only had my thumb up for a few minutes before a car pulled over, partially in disbelief at seeing a young, solo, and foreign girl doing such a thing.

Often, the driver wanted a photo with me, and would buy me an expensive and elaborate lunch, refusing every time to let me contribute. Sometimes they were people of the Himalayas, taking me deeper into the most rural parts of China, and sometimes they were businessmen making their long way home.

The drivers there never got close to threatening nor inappropriate. Hitchhiking there was an adventure that not only allowed me to get around the country for free, but also let me in as an outsider.

It always warmed my heart and showed me a side of Chinese generosity and hospitality I couldn’t have experienced if I’d only taken busses and trains.

After finding success in China, I tried it again one summer in Germany when I couldn’t find a bus or taxi back to my hotel after a festival finished. Someone on his way to pick up his sister at the train station picked me up en route.

Then I gave it a try once again in Mozambique, riding on the back of pickup trucks while we passed little grass huts surrounded by trees so heavy with mangoes they looked like they just might fall over. Hitchhiking was more basic in Africa but in many just the same – I was on the side of the road asking for help and people, who I was coming to learn really were mostly good, responded with benevolence.

My friends back home told me it was dangerous. They warned I’d become someone’s second skin. They shuddered that I’d do such things, especially in ‘scary’ Africa. They, however, never in their lives had tried it.

Most recently I hitchhiked in my fifth continent over the course of two weeks on the Carretera Austral in Chilean Patagonia – a road that leads to the most remote part of South America. The best ride came when, after waiting for four hours in the rain, a 12-wheeler asphalt truck pulled over. I almost didn’t believe it – the front looked full. Then, a pair of hands reached out from the back, ready to take my bag. I laughed at the ridiculousness of it, climbed into the back of the truck, still dirty from the asphalt, and saw a good 12 other travelers welcoming me.

A few minutes later, one of them produced a big bottle of wine that he’d been holding in his jacket and we passed it around. I smiled ear-to-ear at the joy of this truly unique travel experience – it didn’t matter that I was wet and dirty. It was so hilariously implausible under any other circumstance and I had no other feelings in me than delight at my fortune.

I hitchhiked the whole road, again without any problems and nothing but kind people, with thousands of dollars worth of cameras and a computer on me, fully putting my trust in others. It wasn’t about the free ride anymore, it was about the cultural experience that I knew I couldn’t get any other way.

I estimate that my total distance is about 2000 miles now of combined rides in about 30 different cars, each person deciding in a split second as they drove nearer to me to take an equal risk on me that I was taking on them – to let each other in for a brief moment in the grand scheme of our lives, most likely never to meet again, and all on the concept of generosity.

The point of hitchhiking is not just to get a free ride, but rather because of the guarantee that it will be an experience completely out of the unknown. I don’t know how long I’ll wait, how or when I’ll get where I want to go, who my savior will be, and how she or he might impact me. That is what I’m addicted to, the adventure of the undefined.

Am I a fool for trusting perfect strangers so openly, or even worse, sometimes doing it alone? It boils down to two possibilities: Either I’ve been unbelievably lucky time after time, or people are fundamentally kind, generous, and good. 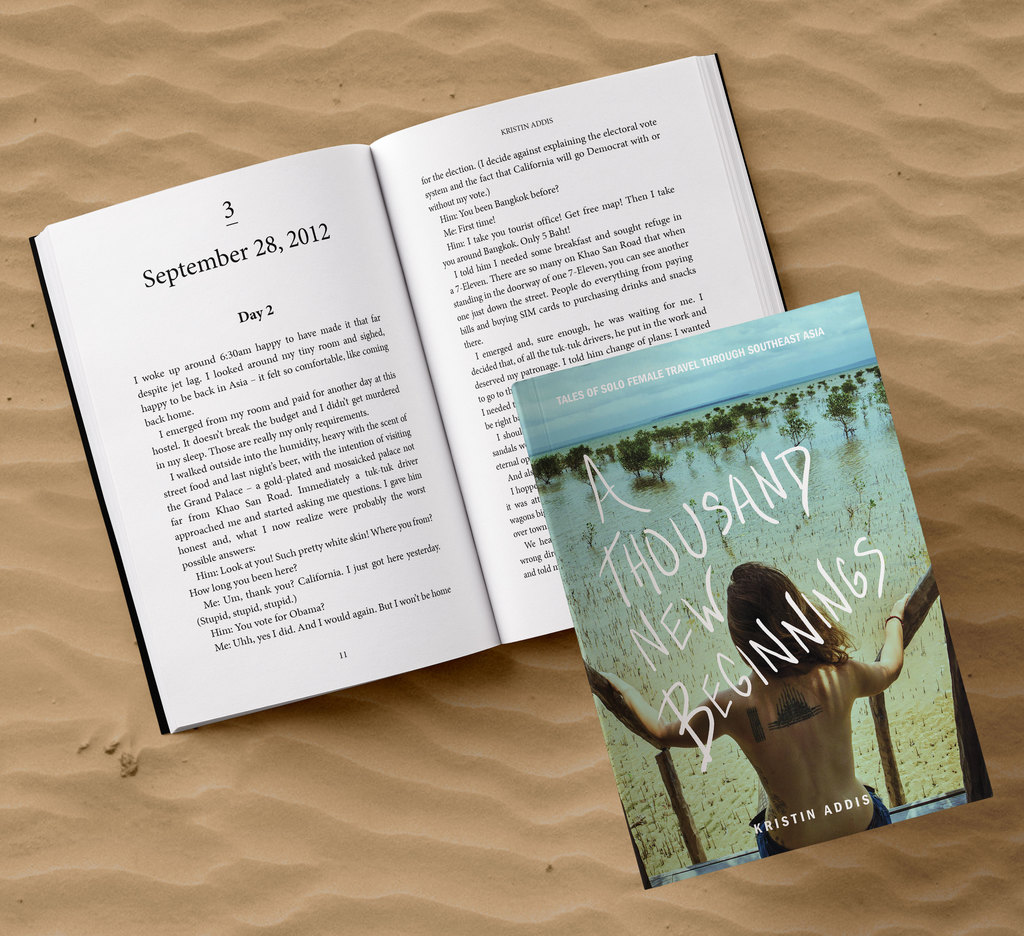 All it takes is one trip. Read about the adventure that changed Kristin Addis’ life in her new book A Thousand New Beginnings here.

12 Things I Learned From Hitchhiking For A Week

Why Are So Many 20-Somethings Having Problems With Their Friends?

7 Places In Europe Where I Experienced Some Crazy, Memorable Things

How Belgium Taught Me To Believe In The Kindness Of Strangers