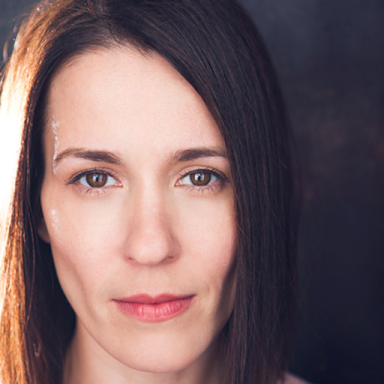 One morning, not long ago, I visited a craggy, rocky, mountainous place filled with dark caverns and weeping stalactites.

I had woken up from a series of terrible nightmares revolving around death and loss and despair and panic and regret and shame and hope: My father, in his deathbed, suffering in the throes of advanced Frontotemporal Dementia, his heart reaching out in silence with the passing of each of the 1,825 days he has languished there, unable to move, speak, feed himself, walk, or take care of even the most basic of functions. My mother, locked to her love for him, caring for him day in and day out, a soldier in the war against his illness. My sister, three years past a diagnosis of metastatic cancer, thriving but always in the periphery of my mind, the horror dangled like a carrot, “the” phone call: this is it. My old life, once easy and relatively carefree, had long since been demolished by a litany of shocking, awe-inspiring goodbyes, and now one more loss, the death of my best friend, was here to walk with me. The darkness, the spongy, earthy green baseness…it all rose up before me.

As I opened my eyes, grief slowly dawned in its relentless way, leaking into my consciousness and filling my heart like cement, and I realized that the nightmares weren’t simply nightmares from which I could move on. They were rooted in reality, no matter how hard I tried to believe otherwise. My father was gone. My mother was struggling. My sister was here now, thank God, but would she be tomorrow? Everyone CAN wonder that, but not everyone has to.

Horror descended. I lay in bed, clutching a blanket that belonged to my recently deceased love, and I was confronted with all the threats that had ever presented themselves to me: the thievery of all comfort, the loss of all that is soft, the departure of what once seemed impenetrable. Going against everything I usually stood for and knew to be true, I suddenly believed with staunch resolution that the challenging events of my life were not there to show me the strength I have and the power I can attain. No. The challenging events of my life are simply what they are: accidents of nature, the inevitable destruction of what is, the guaranteed seasons of existence on earth.

Darkness seemed to envelop me as I wept. The sound of my voice was unfamiliar, a bleating cry, a keening unlike anything I’d ever produced. The hopelessness of what lay ahead seemed impossible to bear. Loss. Loss. Loss. Loss. Loss. Loss. Loss. Impossibilities already incurred, already made real. I felt like I had been plunged into a sinkhole, dragged down to the center of the earth, hopelessly trapped, strapped in by hot, ancient soil.

It became clear: I had lost and that is all. Nothing else matters. The person I once was is gone. All the lies I had been telling myself about who I am in the face of what I’ve seen had been projections of some fantasy story I had clung to for too long. I was now seeing the truth those tales had once aimed to mask.

I stared into a literal abyss, a black, eternal sky pocked with dead stars. Static filled my brain; my heart ached so deeply that each beat felt like the last. I was alone. Alone. And, in that moment, I was an infant once more, beginning to grasp that I’d never again return to the womb, and that those who held me and spoke to me and fed me strange food were standing between me and home, not understanding that they WERE home. I was the infant, crying out for the placental sac, wanting to return to safety but knowing I would never do so again. Safety was no longer an option.

I kept repeating: “I’m in hell. I’m in hell.” And it really felt like I was. It is dark, this place I visited. It’s all-consuming. It’s the loss of innocence, of potential. It’s the letting go of dreams. It’s the place where good things cannot thrive. It’s a place we instinctively avoid at all costs because of the horror it reveals.

And yet there it is. Inside each and every one of us. This bloody pit of dread and terror, this engine that drives all of our hate, judgement, and fear. Many people will say, “Not me! You must be depressed, or your life must be harder than mine. I don’t have that kind of thing in me.” But if one truly looks within when the opportunity arrives (as it always does, for each of us), they will meet the same monster. It is there in all of us. We all share the same wound, a wound that must be visited so that it can be exposed to the sun, rest in a warm bath of light, dry out from raw edge to liquid center, and become a part of the rest of us: another layer of loving humanity.

I had the good fortune to visit my wound that morning, and I did so for as long as I could muster. When I could no longer take it, I begged for help. Help arrived in the form of Barney’s loving scent, wafting from his blanket, followed by the all-encompassing love of the Universe that melted my heart like honey.

As balance was restored, I rested in my bed and breathed. I had witnessed myself, the departed child, the dreadful, raw and healing wound that rests at the root of my being, and I had survived. Nothing had miraculously returned, but nothing had been destroyed either, except perhaps one of the lies I had been telling myself about what is possible and not possible. By touching that place, holding the fear for even that short time, a part of me began to open just a little more. A piece of my wound dried up. A piece of my fear was transmuted to love.

Desolation, then, saved me once more.

I believe pain has the power to transform humanity.