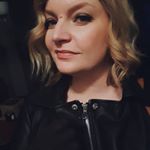 My blood has been boiling for the past two days and I can’t be limited to 140 characters to express my anger towards the NFL and the choices that they make, so please amuse me and let me get a couple things off my chest.

It was announced last month that Michael Vick will be a captain at the Pro-Bowl and will be honored for the work that he has done. While some say that time can heal all wounds and that people can learn from their mistakes, I do not believe that Michael Vick is one of them.

I believe in the power of a second chance, sometimes even a third or a fourth. I believe everyone has the power within themselves to change and become good people, but when it comes to the absolutely disgusting acts that he did to helpless dogs, I have to agree with everyone on social media as they’ve chosen to use this hashtag, so excuse my French, but fuck Michael Vick.

As an animal lover, I can not forgive him for what he did. I accidentally trip over my dog and I cook him a steak as an apology, but to have such a disregard for a living being is beyond question. I wrote an article about a petition to have the NFL take back their decision on Michael for the Pro-Bowl and it was shockingly met with a lot of backlash, with people actually defending Michael! Saying that he has served his time, that people change, that these were just dogs, not human beings like the other NFL players that murder or beat their wives. So to those people that still believe that Michael Vick isn’t a “bad guy”, let me remind you of what Michael did.

Michael Vick is a former quarterback that ran a dogfighting ring, including my very own Pittsburgh Steelers. He not only ran a dogfighting ring, he brutally tortured, disfigured and killed many dogs—some with his bare hands. Not to mention, he also killed the family dog in front of his own children to teach them a lesson. Now that is putting this all in a PG form. If you would like to know the extent of his heinous behavior, all you have to do is use the Google machine to not just read what terrible acts he did, if you would like to see images that will haunt your dreams, they are there too.

To those that say he “served his time”, Michael Vick served seventeen months in jail for racketeering in 2009. RACKETEERING, not animal cruelty. After seventeen months, Michael was released from federal prison to spend the final two months of his sentence confined to his nice, cozy luxury home. Michael did not spend a single day in jail for drowning dogs with his bare hands. He didn’t have to face any charges for slamming a dog into the ground several times before breaking the dog’s neck. Michael Vick didn’t “serve his time” for executing by hanging, raping or electrocuting helpless dogs. If this was your average everyday person, we would all be in the same boat as to say this person should rot in jail, so what makes a football player so special?

For those that say “people change”, let me remind you of the exact quote from Michael Vick himself after he finally admitted he was running a dogfighting ring. “Yeah fine, I killed the dogs. I hung them. I slammed them. I killed all of them. I lost fucking millions all over some fucking dogs.” Michael had no regard for life and killed dogs who did not perform up to his standards. Fast forward ten years later, Michael has “worked” with the Humane Society of the United States, but can you really believe that is Michael wanting to do the work, or is that his PR person telling him to do so? Considering his regard for dogs in the past, I believe it’s someone behind the strings trying to shine up his image.

And finally, to those who downplay his crime because they’re “just dogs” versus those that abuse their wives or do other crimes, how dare you. A soul is a soul. A crime is a crime. Blood is blood. When it comes down to saying it’s not “as bad” to kill a dog as it is a human, IT’S STILL KILLING. When it comes to holding these players to a higher standard, this behavior is NOT OKAY. To kill a dog in front of your son as “punishment” for a child’s behavior is unacceptable, not just as a parent, but as a human being! Especially when these are the people YOUR children look up to! Do you really want your children to think it’s okay to kill animals? Better yet, do you really want your children to think that they can literally get away with murder if they score the right profession?

There are SO many other players that are better deserving to be honored than this scum of a human being. If you do not believe that there is anyone else out there, Cam Heyward is the gift that keeps on giving to the city of Pittsburgh with all of the charity work he does in our city. HOLD PLAYERS TO A HIGHER EXPECTATION. It’s not okay that you want to “honor” a man that is most known for his heinous crimes against animals. Drew Brees literally brought the city of New Orleans back to life and gave the people hope after Hurricane Katrina, not to mention all of the charity work that he does for children. STOP LETTING PLAYERS INTO THE GAME THAT DO NOT DESERVE TO BE THERE. Ryan Shazier is a human that physically can’t be in the game, but continues to show up on the sidelines, shows resilience and is an amazing example of what children SHOULD be looking up to afterlife smacks you in the face.

These are just three players out of thirty-two teams. Let’s do some math, shall we? Thirty-two teams, with fifty-three players to a team, that is 1,696 current players. Add in all of the retired players as well, and you get the picture. There are a countless amount of other choices for you to pick over this pile of garbage. WHY HIM?!

I believe in second chances, I believe that people can change and I believe that everyone has the right to their own opinion, but as an organization, please know that my opinion is that you chose incorrectly by choosing to “honor” such a disgusting human being. I didn’t hesitate in signing this petition to remove Michael Vick from the Pro-Bowl. I hope that this petition makes it to the right people and that you understand that you have the opportunity to right your wrong, unlike Michael Vick, who can not undo the damage he has caused.