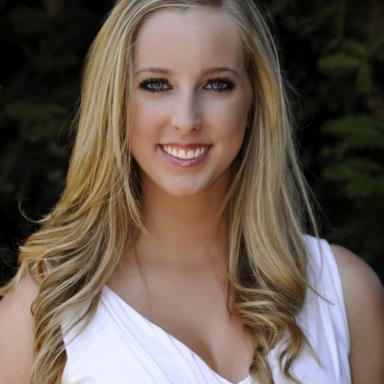 Being in a relationship is one of the hardest things you’ll ever have to do. Take pride in the people who come into your life. These people see your baggage as an invitation to help you unpack. I think it’s fearless to let your guard down and take a chance on someone. They might let you down, they might leave unexpectedly, but they also might just be in it for the long haul.

I believe in perfect timing. There’s a reason that you missed your flight and he showed up at the airport. With that being said, don’t purposefully miss your next flight with the hope that it will have dawned on your ex to win you back. If it’s meant to be, it will happen. Life has a miraculous way of working out the complications as soon as you’ve concluded there is no hope. And just like that, you’re hopeful again. It’s this sad, beautiful, stringing along of emotions that we have become accustomed to.

I wouldn’t call this false hope. Obviously there are the relationships that end in utter devastation, leaving us with only a restless recollection of memories and a drawer full of his clothes. But there are also the relationships that end with a mutual decision. No matter how badly you want for something to work out, it’s better to not force it. I know it can be hard to walk away from a relationship knowing that you’ve put so much time and effort into it, but letting go could bring you the closure you need to move on in life. It’s so hard to understand when we’re blind and heartbroken, but one day it will all make perfect sense. It may not be tomorrow, or anytime soon for that matter, but years from now, when you find yourself where you’ve always wanted to be, I can promise that you’ll appreciate the way things didn’t work out as you had once wanted them to.

You can’t live life thinking about what might have been. I am victimized by this phrase all too often, but we must realize there is only what did happen and what will happen. What might have happened is the beautiful deception we make up in our minds about how it could have worked if you hadn’t said this or if he hadn’t done that. It’s so easy to lose yourself in the moment and forget how far you’ve come. Because if you hadn’t said “this,” then you’d still be biting your tongue, afraid to tell him how you feel. And if he hadn’t done “that,” then you’d still be holding on to the lies he’s feeding you, making up excuses for his actions and justifying it as the last time, when you and I both know it’s not.

As we grow up, we notice a change in priorities. We become less materialistic and less self-absorbed than we were at 15. We find ourselves attracted to the people who encompass our values. And isn’t that what it’s all about? Five years from now, you might look back at this very moment and shake your head in disbelief at the countless times you heard “I told you so.” But despite what everyone else says, be proud of the people who have come into your life for better or for worse. There will always be someone who disapproves, but if you stay optimistic and take their judgments with a grain of salt, then you might have a shot at love.

A 20-year old writer, who is a firm believer in happily-ever-after, though is captivated by love lost. The way to her ...