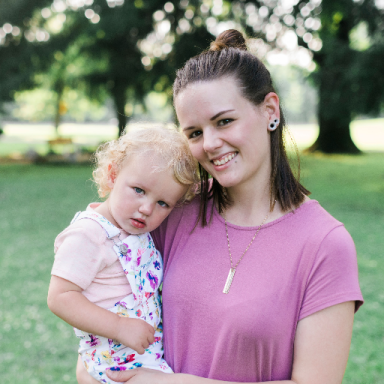 Don’t be angry at his new girlfriend for choosing to love him.

And don’t make snide remarks about her physical appearance out of spite. Don’t hate her for simply trying to be happy with the guy who you were once happy with. And don’t blame her for your failed relationship or heartbreak. Act like the confident woman that you are, and move on to better things in life.

It’s not her fault.

I know it hurts that he is with someone else now. Every time you see pictures of them on Facebook it feels like a slap across the face. I know that every post she makes about him feels like her way of rubbing it in that he’s with her and not you. It hurts to lie awake at night nursing your broken heart and shattered self-confidence. But it’s crucial for you to understand that he is the one who hurt you, not her. Don’t blame some innocent girl when the guilty party is the guy standing next to her.

Stop referring to her as a downgrade.

What you need to remember is that him choosing her doesn’t make her better than you; she’s simply different, and possibly more compatible with him. It doesn’t take away from what the two of you had; it starts a new chapter in your life headed toward your happily ever after with the right guy. And it doesn’t mean you aren’t good enough; it means he isn’t the one you are meant to be within life. With that said, you are no better than she is, and talking shit about her only shows your character. If you truly cared for him, you would be glad that he found someone who makes him happy. Be kind and graceful with your words even when she can’t hear what you’re saying about her.

It’s okay to be upset that he’s moved on before you. It’s not okay to hate-stalk the two of them until you’ve driven yourself insane.

Do yourself a huge favor and unfollow both of them on social media. Block them if you have to, to keep yourself from being able to easily access their profiles. Delete your text message threads so that you won’t go crazy re-reading them and wondering where things went wrong. Remove and untag photos of the two of you. Erase any evidence that you even know them. Trust me, it’s for your own good.

Here’s the good news: the ache will lessen, and eventually disappear.

One day you are going to wake up and see her #ManCrushMonday post on Instagram (because honestly, you probably didn’t take my advice and unfollow her), and rather than feeling a pang of jealousy, you will only feel acceptance for the past. Thinking back on the first time he kissed you won’t make you weak in the knees; it’ll feel like just another bittersweet memory with a guy who was a not-so-phenomenal kisser in the first place.

You’re going to be okay.

Right now is the perfect time to focus on yourself and your goals in life. What is something you’ve always wanted to do, but never had the chance while in a relationship? Travel with your girlfriends to somewhere new. Go out and get phone numbers from guys at the bar who you have zero intention of texting, just to boost your self-esteem. Take a night off to stay in with the girls for at-home mani/pedis and an 80s movie marathon. Experience life as a single twenty-something while you still can.

You’re a badass, independent, young woman – you can conquer the world.