Skip to content
Report This Article
What is the issue?
Steve Ward is the former the host and executive producer of VH1’s Tough Love, but he’s also been coaching singles and making matches at Master Matchmakers for almost 15 years. Steve just launched Love Lab, a free mobile dating app that verifies people you meet online so you know they are who they say they are. 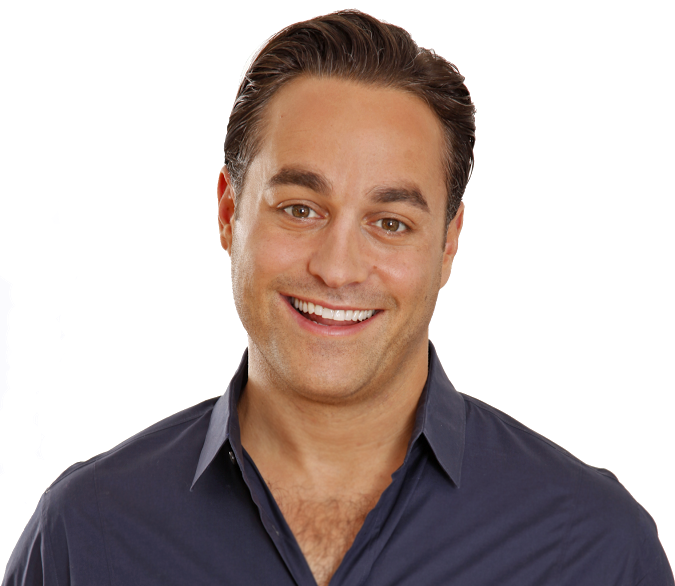 Thought Catalog: Hello Steve, could you tell us a little bit about yourself and what you’re known for, and what you do for a living?

Steven Ward: Hello, thanks for the opportunity to chat today. I’m a second generation professional matchmaker and the Founder CEO of Love Lab, a free mobile app for creating trust with people before you date.

TC: The first question I have is “What is an ex?” in the age of Tinder and social media and hook up culture, etc? Is an ex always someone we’ve been in an exclusive relationship with? Has the meaning of “ex” changed, and if so, in what ways?

SW: In my opinion it’s too convenient for people to refer to someone as an ex just because they went on a few dates, met the other person’s family or friends, or even in cases where two people developed some kind of romantic, emotional connection. In today’s day and age, an ex is someone you’re no longer sleeping with.

Intimate connections with people are now more ephemeral than ever before thanks to apps like Snapchat, Whatsapp, etc. If you’re looking at who’s single today and who’s going to be single tomorrow, we have to look at who’s causing the resurgence in the category of “dating” in the first place. That’s Millenials – 18-24 year olds aren’t necessarily looking for the love of their life at this point, and so when they’ve slept with someone who they’ve slept with more than once and “dated” or “hung out” with for a semi-regular or even short period of time, it is safe to say they are “seeing” that person. When you’re no longer “seeing” someone you’re sleeping with, you can safely say they’re an ex.

SW: Correct, but in that context you are in an “open” relationship. They wouldn’t be considered an ex because just by a sexual degree of separation, you can contract an STD from that person since they’re free to sleep with whomever they want. That binds you. To unbind yourself from that would be to sever a sexual relationship; ergo an “ex”.

For people abstaining from sex before marriage due to tradition, religion or a cultural norm in their world, and they agree with one another that they are “in love” and are exclusively following a path together, but then suddenly, for whatever reason they consciously uncouple before consummating their relationship, sure, they can be considered an “ex”.

TC: It seems to me that you’re withholding validation of a couple’s relationship based on their sexual relationship. I will be forthcoming in saying that not only do I think that’s unfair, I disagree with it. In your perspective, can you be in love without sex? And if you are in love, is that not enough to validate one’s relationship. Certainly, as so many people often engage in these days – you can have sex in a relationship and not be in love, and have no intention of falling in love with the person. So how does the latter scenario get more validation than the former?

TC: With disagreements discussed, let’s move on. What do you think is the single most difficult aspect of moving on in the twenty-first century? With the new ways we’re online, it almost seems as if you can’t escape people you dated or even people you liked, and it failed. How do we move on from people in this day and age? I think many would agree that it just seems harder than ever.

SW: This is an easy question. Our single biggest fear is how we will be perceived by others. When people overexpose themselves and their relationships, they invite judgement and criticism of others. Invariably people will form opinions because you have asked them to. When you air your laundry, express your excitement, share disappointment, etc., you are now asking people to perceive you a certain way. Suddenly, when relationships end, those perceptions are no longer in your control. Now you must scramble to save face and do your best to enlist the support of friends you shared and people you both know. In short, social media, and technology in general, has greatly impaired our abilities to control what’s beyond control. I won’t even get started on public shaming or revenge porn.

TC: What is the healthiest way to get over an ex? And do we ever really get over everyone we’ve dated? Are there some people who are just with us, of whom the possibility of being with them always haunt us? Even if we’re happy and have moved on.

SW: Enlist a support group and force yourself back out there. In the words of my mom Joann Ward, the original Master Matchmaker, “The best way to get over a woman is to get under a woman.” But seriously, if you can’t seem to stop thinking about someone or you can’t move on, it is more important to understand what is causing the block rather than on how to get past it. Once you realize why you are hung up on that person you can formulate a plan to move on. That process will involve a catharsis of sorts. After that release, it will be possible to compartmentalize the relationship and appreciate it for what it was: a valuable learning experience.

TC: “The best way to get over a woman is to get under a woman.” Okay, I have heard this said a number of times and I definitely have to say it deeply worries me. Don’t you think that in some ways you use people as medicine for your pains in this way? And that doesn’t seem fair or right to me. Isn’t the better thing to do, to spare other people from your pain? You could end up hurting people by “getting under them”.

SW: Misery loves company. Distractions are a great way to dissipate stress, tension and anxiety. These feelings usually come in waves that rise and subside. Once they’re gone you’re able to think more clearly and calmly. Even if you are still in pain, as long as you are straightforward and honest about where you are emotionally, and the fact that you’re unavailable, then that person you wish to seek comfort with can choose whether or not they want to proceed at their own risk.

TC: The next question I have is gendered and in the context of heterosexual relationships, do men and women differ in how they perceive “ex’s?” in your opinion? And what are the ways you see they deal with past relationships or past loves differently, if any?

SW: No, I don’t believe its gendered, I believe is gerontological. Ultimately it depends on how old you are. I think younger people, Millennials, consider an ex to be someone they were sleeping with for a period of time. I think the older you get the more substantive it would have to be. As people mature they raise the bar in terms of what they’d qualify as a relationship. Relationships are measured by one’s own prior experience. A one year relationship seems like an eternity to someone who’s never had a relationship last more than 6 months. But to someone who has had relationships last more than a couple of years, a one year relationship doesn’t seem long at all.

TC: In terms of so-called hookup culture that Millenials tend to “suffer” from, if you will, how do you think that affects our ability to move on from relationships, and into new relationships? Is it a hindrance? Does it help? Does everything depend on context?

SW: Romantic connections are becoming more and more ephemeral. Its making relationships feel more disposable than ever. I think it’s going to affect young people’s ability to weather storms in their relationships. If anything, it gives people the ability to learn and discover what they do and don’t like. The more experience one has, the greater their ability to make sound decisions and exercise good judgement in the future. Without bad experiences you can’t fully appreciate the good ones. This ephemerality is reducing the equity people place in their relationships. This diminishes the potential for success from the start. Without at least the perception or intent to make connections evolve long-term, they rarely stand a chance to.

TC: What do you think is the most important thing everyone should know about moving on from people? If you could make one grand, big statement about it, what would you say? What advice would you give to anyone going through that right now?

SW: I’d say that if you feel despondent, alone, isolated and scared, take solace in the fact that billions and billions of people have experienced those very same feelings before. Find support from those people and focus on positive, uplifting activities. Re-apply your newfound availability to invest in passion projects, interests or endeavors you put off for too long. Look at this time in your life as a period of rediscovery and a chance to start fresh and anew.

TC: Finally, a cliche’d question but ultimately one that does have to do with ex’s: Is it really better to have love and lost than never to have loved at all, in your opinion?

SW: Absolutely. A clichéd question deserves as clichéd response. If I fall out of love 999 times in my life but fell in love 1,000 times I will have died a happy man.