Skip to content
Report This Article
What is the issue?
I went to New Orleans on the last weekend of April and first weekend of May. And I’ve been documenting my experience about the city in a series. This is the final essay in that series. Be sure to read Pt. 1 and Pt. 2 first. 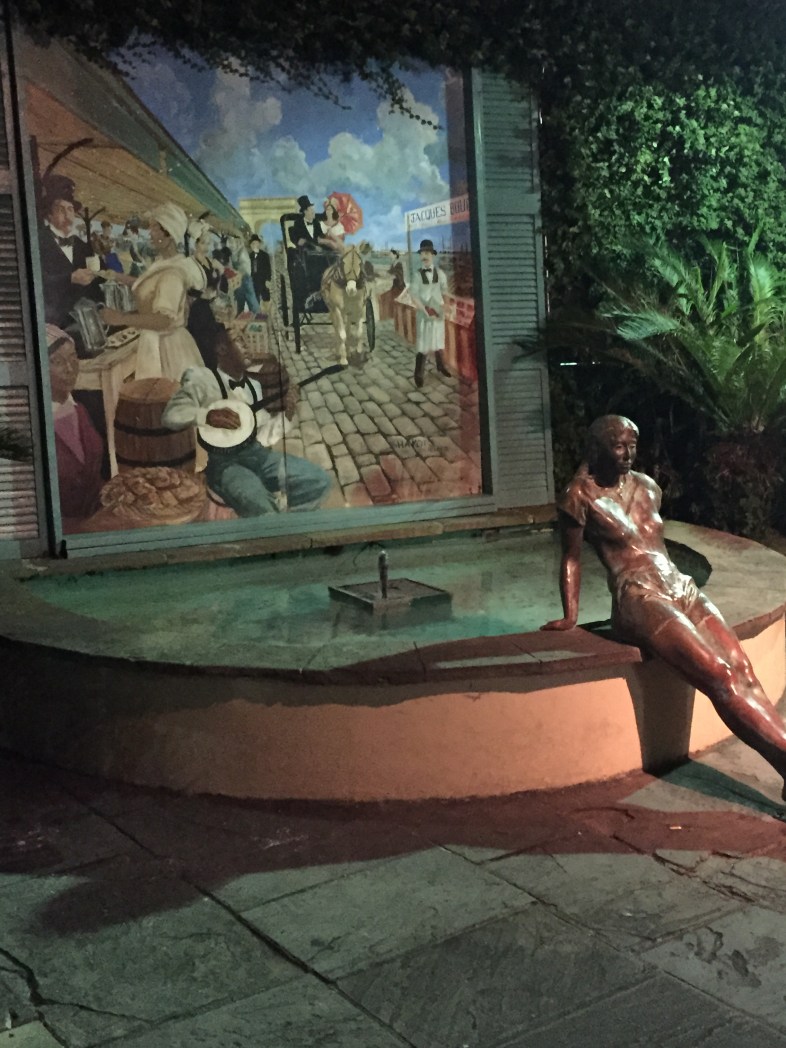 To say New Orleans is any one kind of particular place is false. It’s not just a place for Jazz or Blues or Bayou music. It’s not just a place for crawfish and gumbo or its famous bignets, and outstanding barbecue. And indeed it may be the place where young people take pleasure in its “open container” allowances, and it’s seemingly unending nights. But it would not do the city justice to simply pigeon-hole it into those things because though it is known for all the ways it makes life a pleasant affair, a wonderfully spectacular existence, it is so much more than a caricature of a small city where the food is good and the people party too much.

In the city you are met with a certain kind of warmth – both in terms of the weather and the people – that I think is unique in these parts. I think Southern hospitality takes on a more authentic form, a more genuine experience among the people of New Orleans. People who don’t do it to be known as generous or kind or honest for the sake of reputation. They do it because the culture cultivates in the person who lives there an attitude of truly wanting the person next to them, who they may or may not know, to enjoy the interaction of being with a stranger turned friend, in a matter of minutes.

I met people in New Orleans who felt like my family after a half hour of conversation. People who told me about their losses in Katrina, people who had to rebuild their lives and their livelihoods unexpectedly. Their stories were stories about sadness and heartbreak and disappointment. Families disintegrated. Stories of the many young people who left because they could. Because when you are young, it is easy to get your life back together; to put pieces back in a puzzle. Or perhaps create a new and beautiful life as one would start on a new canvas if they were painting. But when you are established in your years, change is much harder. Especially the forced change of a natural disaster that you were not prepared for.

Indeed I talked to people whose politics were clear that the people of New Orleans were let down by the United States as a whole. I talked to people who know of friends and family who became homeless because of Katrina; some would later get back on their feet. Others were led into such despair that their mental faculties could not bear their physical realities, and they are still wandering the streets; a shadow of their former selves. They, and their families wounded for the rest of their lives with a pain that refreshes the memory ever so often.

But interestingly and unsurprisingly if you know of people and communities who have lost much, it is for this very reason that the people of New Orleans are very kind. To each other and to the many strangers who visit for various reasons. There are for example, many in the film industry who have taken to New Orleans to create. And although there is apprehension that when they leave, the newly created dreams of a mini-Hollywood will leave with them, for now, there is a sense that the people have hope that the outcome will be a Hollywood ending.

And hope comes not just in the form of an economic revival. But in a social and cultural revival of the city of New Orleans which has always pledged itself to a particular kind of integration of immigrants old and new, who seek to plant roots in the city. A cultural explosion that in almost many other American cities brings about segregation and separation, is a hallmark of celebration to most people. Those things exist; let us not be too romantic. But there exists too a pride that people can live together and create nuance culture over and over again through generations; that this is what constitutes New Orleans culture – togetherness of all things.

I did not spend nearly enough time in New Orleans to understand the city fully. My history is limited of the city, my perspective incomplete, and my understanding of it suffers. But the city and its people are a home that I want to return to often. A home that filled me with enthusiasm and happiness and curiosity. A home that makes an outsider, a traveler, and maybe even the rolling stone, want to call it theirs. Perhaps because the city’s splendor is not in its beauty solely. But in its rawness and unpretentious way of accepting this beauty, with unrefined parts. And in this way it becomes a place where the indomitable spirit that the city breathes in you, stays with you, hopefully for keeps.

In New York City, We Remain