Skip to content
Report This Article
What is the issue?
Recently, a video below titled, “I’m a Redneck and I love America,” went viral. In it, the man who calls himself Dixon D. White talks about race, America, and white supremacy. He goes into detail about the culture of racism in the United States and what he sees as a denial of how racism plays a role in every facet of American life. I had the pleasure of interviewing Dixon where we talked about his video and his views, and what he is trying to accomplish in his anti-racism activism.
[youtube https://www.youtube.com/watch?v=JGJt0JXX05M%5D

Thought Catalog: Hi Dixon. Firstly can you tell us a little about yourself and why you identify as a “redneck,” and what you’re trying to do with the creation of your videos on white supremacy. What specifically and broadly led you to this journey?

Dixon D. White: I’m a country guy from a small town in Tennessee, I ride 4 wheelers and love my truck. I’m trying to start a movement of racial healing by reaching out to white America and asking them to address our culture of white supremacy. I’ve started a racial healing challenge through social media, asking everyone to make and post a video about our culture and systems of white supremacy. As a nation white folks have never really dealt with our culture of white supremacy. But it’s time for healing, and it’s time to wake up out of denial. We need a national group therapy session that will lead us out of this insidious narcissistic disease.

What led me to this journey is suffering. Enduring and suffering emotional abuse as a child and then later on, when I was 18 and 19 in college, I was bullied and persecuted my freshman year. I had a low self-esteem and I think a lot of people took advantage of that. When I was 20, I finally began to understand why I had been abused a majority of my life. And it was because of prejudice and bigotry. Particularly elitism and the mentality of elitism was the reason for the abuse throughout my life. And the kind of elitism I’m referring to is about supremacy in all its many forms. You have to be supreme and elite in every facet of yourself and life.

The prejudice I learned at 20 led me to take an oath with myself and with God that I would no longer be programmed by my environment, and that I would always fight against prejudice and bigotry no matter what. And that is what that led me to listening to people of color, which led me to the path of anti-racism. 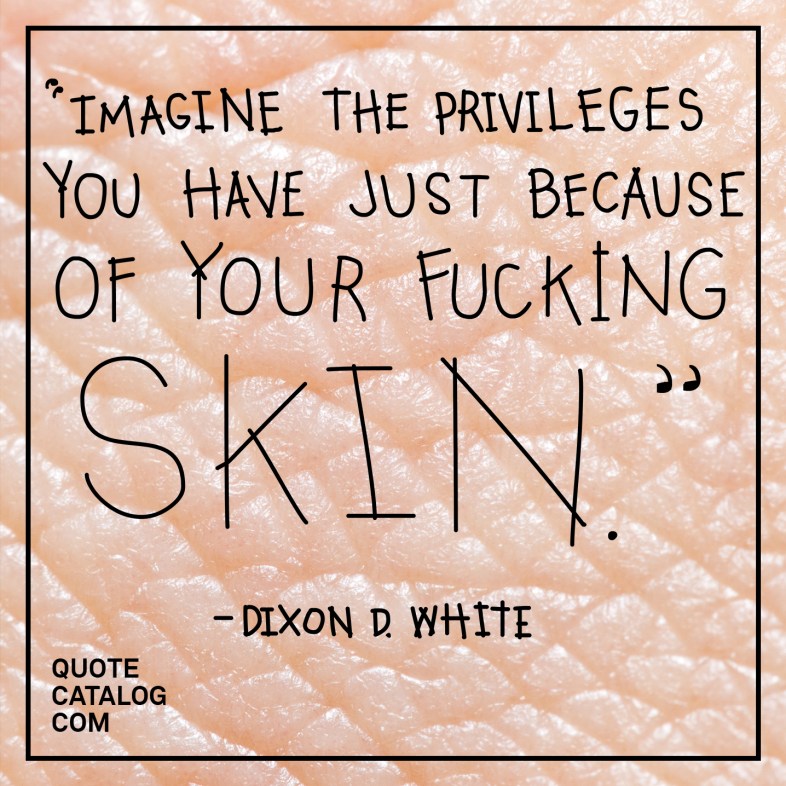 TC: Some people would say that calling yourself a redneck is somewhat of a classist and even racist or prejudiced title. What’s your response to that? And going further, some might argue that the redneck persona is an act. How do people know it’s not?

DW: Well it’s certainly not racist. It’s a term however ignorant, that is looked upon with affection in certain circles in the South. And so it’s not politically correct, but it is effective in getting across my message. And I always have seen myself as a redneck or a country guy.

In the context of race, the term redneck has powerful connotations because it was the Southern culture that has always been the most overtly racist. So when folks see a redneck speak the truth about our culture and system of white supremacy, they are shocked because of it’s rarity. And this is the reason that I believe this video has resonated with over 10 million people in 11 days.

As for it being an act, no it’s not an act. Because every single thing that I have said has come directly from my heart, and it’s all completely true. I really do record my videos from my Ford F150 and I actually listen to country music regularly.

TC: How has your relationship changed in your personal and/or professional life since you’ve taken this stance?

DW: Well about 11 days ago, my life was flipped upside down when my video went viral. Now I have interviews after interviews, trying to get at me and reach me constantly. My social media is completely insane with love and support from everyone. Well, not everyone. But because of that, I have created a movement where I’m asking everybody to take a video racial healing challenge. I’m using whatever opportunities come my way to find a platform to make this movement happen. So far, people all over social media are posting videos about their experience and thoughts on our culture of white supremacy.

Since I became an anti-racist and started living my life in that way, I have lost many friends and have fought many people in my family. But the good thing is I have also managed to reach people in my family and help them understand issues about race. I lost a really important job one time when I was younger, fighting country racists. It was a really ugly scene in a factory that I worked in and I regularly got death threats. Eventually, I was fired for standing up against these racists which led me going into poverty for about three years. But it was well worth it. And I would do the same thing again if it came up. 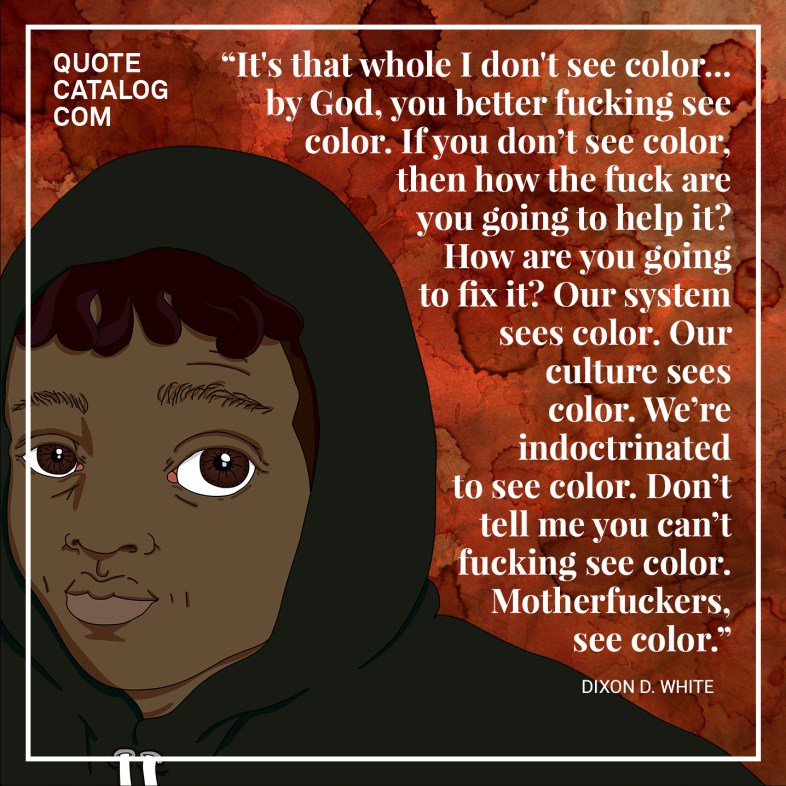 TC: In your video, you talk about colorblindness. And how a lot of white people like to use that as a reason for claiming they’re not racist. Why, in your opinion, do (some) white people have such a hard time acknowledging color, and in general, seeing racism? Even when people of color constantly are affected by it in their everyday lives.

DW: Colorblindness is a comfortable way of not having to face the reality that people of color live in. There is a grand ol’ tradition in America of protecting this great resource for white folks called white supremacy. So white people have been indoctrinated and programmed by our white supremacist culture and environment to be apathetic, to be complacent, to be silent, to be dismissive, and to be eternally lost in denial when it comes to facing the simple reality of what we are doing to people of color. And the key that white people have to learn is to let go of the fear and greed that keeps them firmly lost in the three D’s of racism – denial, defense, and delusion. I call this W.A.R.P. which stands for White American Racial Psychosis. And this is the disease that I’m trying to fight.

TC: Do you think it’s easier for white people to believe other white people’s perspectives on racism? Doesn’t that show a certain kind of white privilege in that too? And in some ways, do you think that in your case, you can be perceived negatively by some people as a “White Savior?”

DW: If there’s one thing that I’d like everyone to remember that I’ve said, it is this: That I have done and said nothing that people of color have not been saying for 400 years. It is exactly white privilege as to why their voices fall on deaf ears. And why my voice is heard with enthusiasm and received so spectacularly. I have done nothing to deserve all this attention. I am only doing what all white people should do. Which is speak the truth, racially. But I will take this attention and try to use it to build a platform for racial healing. As white people we’ve made this mess called white supremacy, and as white people, we have a responsibility to fix it.

Somebody once called me Redneck MLK, and to me, that’s a horrific statement. Because firstly, I am not a person of color. I don’t live under the hell that people Of color have to live under because of our racist institutions, systems, and culture. Secondly, the idea of being a White Savior is insanity to me. The only people who I’m lecturing to is the white community. I would never pretend to know what to tell the black community to do. It’s not our place as white people. 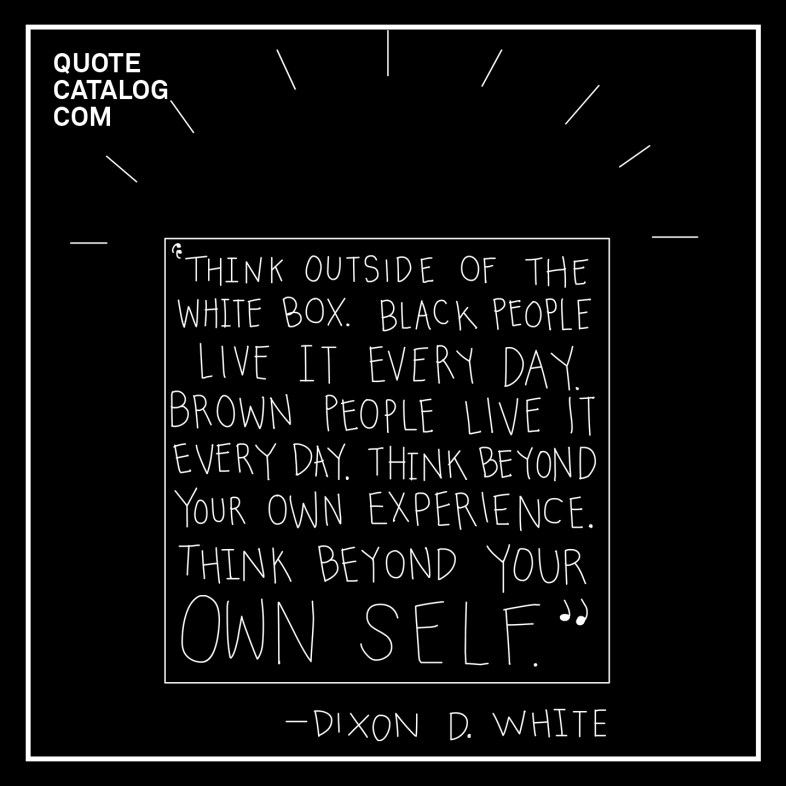 DW: That’s why I often use the term people of color rather than just black or brown. In America, the darker your skin tone, the more hell you tend to catch. So I often mention brown and black when I’m referring to race because they tend to catch the most hell. In the conversations of race, you are correct. It is often limited to that black/white dynamic, racially. And that’s unfortunate. Because one of the greatest atrocities committed in America was against the indigenous people of the Americas, Native Americans. So this is a conversation that needs to be discussed at least equal to the black/white discussion.

My father is Cuban and I’ve recently learned more about my Hispanic background at 48 years old. I’ve learned that there are many dynamics that are involved racially with Hispanics/Latinos. Many Latinos will deny that their Brown or Black skin has come from Black people due to slavery in their country. White supremacy is worldwide and there are many areas and regions that need to be explored and discussed regarding race. I tend to focus on what I know as a Southern American.

I focus on my own white community with regards to addressing the problem that we created called white supremacy. It’s up to people of color to discuss colorism and racism amongst themselves. I don’t feel like it’s my place to lecture people of color on what they need to do, racially.

TC: Finally, what do you want to accomplish with these videos and what do you think you will accomplish? And in the near and distant future, what do you see happening in American culture in terms of how we deal with white supremacy and racism? Are we going to heal? Are we going to evolve? Will racism just always be around and our best bet is to reduce it the best we can in each generation?

DW: white folks in America, when it comes to race, are the most ignorant. Because it only benefits them, and therefore blinds them to the realities of white supremacy’s destructive power and structure in regards as to how it applies to people of color. My goal and my mission is to bring that uncomfortable reality into the hearts and minds of the White community by hoping that we can start a national conversation on race through social, viral videos.

When you have cancer, you have to identify it and come up with a plan to destroy it. It is exactly the same thing with racism. It has to be addressed and it can never be ignored or swept under the carpet. We have to hit it straight on, bluntly, with full force. If our species can do that, then there is hope for true equality and justice for all. And as a species, if we cannot, then we all lose. Every single last one of us. 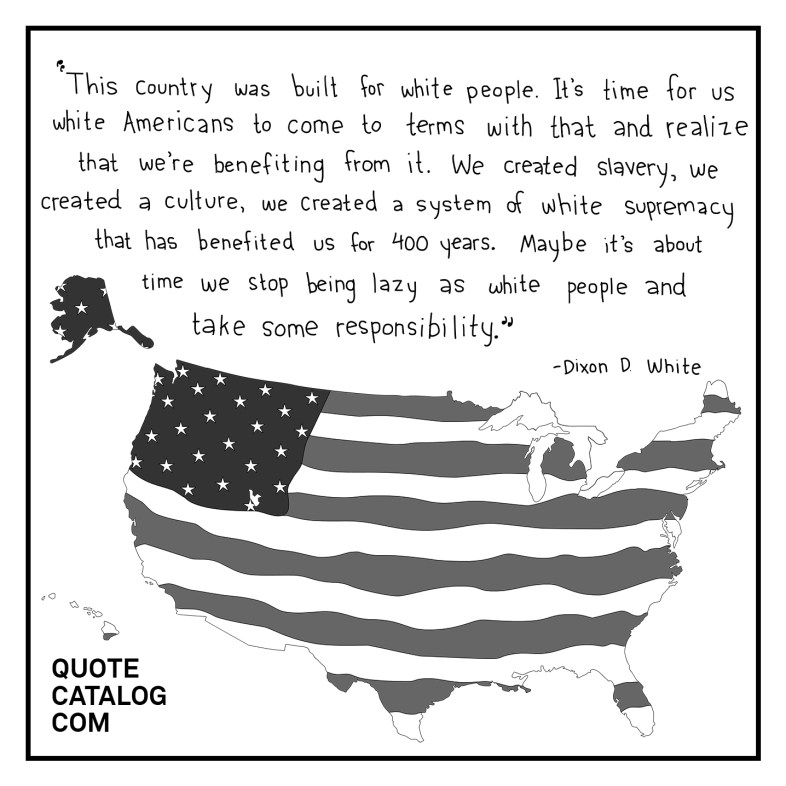 Read this: Dialogue: Is Multiculturalism Really For Everyone?
Read this: Dialogue: 10 Reasons You Shouldn’t Date A Mexican Man
Read this: Light Girls And Dark Girls: This Is What Happens When You Internalize Racism
Black People Dialogue People of Color Racism White Privilege White Supremacy