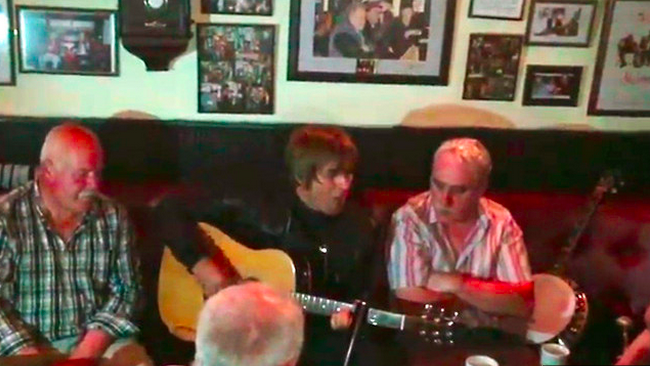 Liam Gallagher debuted a new song in Charlestown, Co Mayo, on the west coast of Ireland last weekend while he was visiting a pub.

The former frontman of Oasis joined a few local musicians and together the group played a short acoustic set.

Although the new song doesn’t have a name yet, NME points out the song’s lyrics may be in reference to brother Noel Gallagher’s new solo album, Chasing Yesterday.

Watch the performance below.