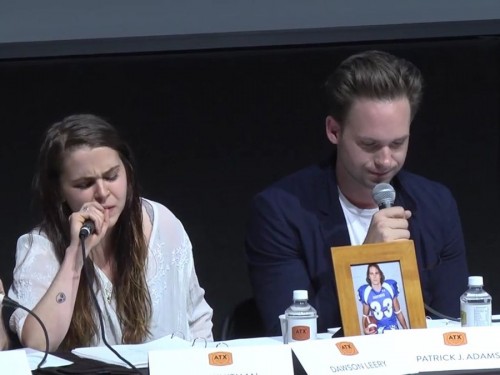 When I was in middle school Dawson’s Creek was THE show to watch. I remember watching the series premiere on the WB and knowing this was a ~big~ moment for television and also, my adolescence. Immediately, the characters were interesting and relatable, and I became hooked.

20 years later, I haven’t seen the show in ages (seriously need to give in to my Netflix binge cravings), but watching this script reading of Dawson’s Creek at the ATX (The ATX Television Festival) last month reignited those warm feelings of nostalgia and reminded me why that show, and especially the pilot episode, were so great.

Watch the reading below.

Jobs I Wanted, Based On Their Portrayal In 90s TV Shows & Movies

10 Underrated TV Series For Your Next Binge-Watching Session

All My Exes Live In Netflix