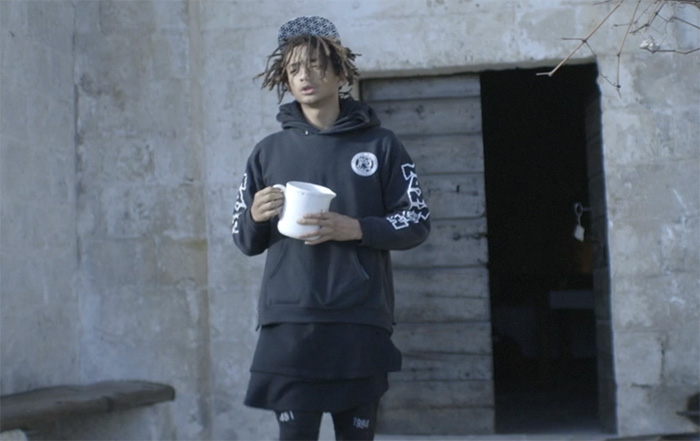 Jaden Smith did a very Jaden Smith thing this week and lowkey dropped a new rap video “Scarface” on his website, 490tx.

Directed by Jaden’s friend and former Hannah Montana star Moises Arias, the video was shot in Matera, Italy, and features the rapper experimenting with a new flow in the tunnels of the European city.

In typical Jaden Smith style, the dark and moody track references the future, the past, Bruce Lee and Lex Luthor.

Watch the video below.

Jaden Smith Has A Solution For America’s Youth: Drop Out Of School