Every summer I look for new music to become the background to those hazy summer days when it’s too hot to do anything except lay on the beach and listen to music that perfectly encapsulates the mood of the season. Last year I was obsessed with MØ’s No Mythologies to Follow, and this summer, I have a feeling it’s going to be all about BREAKFAST’s, Amulet EP.

In their new video, “Sofia,” the band has fun dressing up in amazing costumes, featuring nods to character portraits from previously released tracks, and the song itself is a magical synth-pop summer treat. 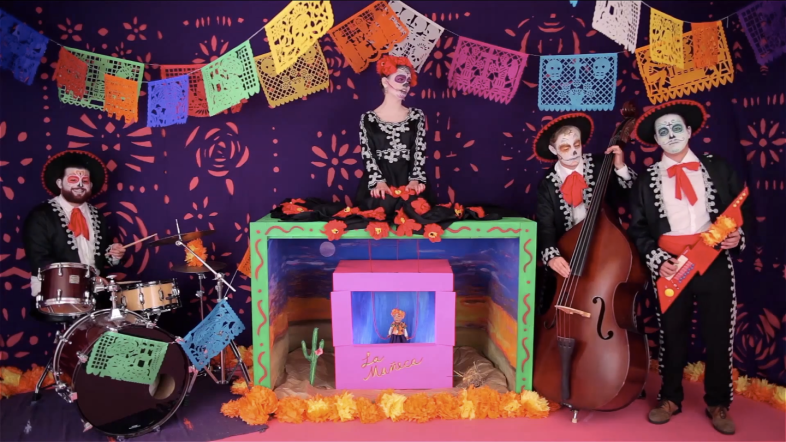 “Directed by sisters Juliana and Nicky Giraffe, the video depicts Sofia, a Mexican woman working at a puppet stand, as she reminisces on her past phases and relationships with a bit of Frida symbology in each scene. The puppet master/after-life is representative of our future self and the ability to control our own destiny,” the band said about the video.

“Sofia” is the 4th single off their new EP, Amulet, which will be available at the end of June. Check out the video below and don’t forget to follow along on their site for updates on the EP.

Listen to all of BREAKFAST’s music on soundcloud.

The Best Band You Aren’t Listening To