Skip to content
Report This Article
What is the issue?
One of the best things about working at TC is how many lols these guys give me on a regular basis. Everyone has a great sense of humor and we’ve published some really funny stuff. I asked my co-workers, friends, and a few randoms on the internet what their favorite funny pieces from TC are. Here’s what we picked.

1. I Have To Tell You How I Feel About Your iPad – Brad Pike

“People with iPads always want you to look at their iPads. ‘Hey! Look at me! I have an iPad, and am therefore a more significant human being than you! I’m in the 21st century, and you’re a sad relic of a bygone era! An anachronism! A vestigial individual! You should probably kill yourself because you don’t own an iPad! Kill yourself! Kill yourself! Kill yourself!’ That’s what iPad owners always say. They get up in your face, wave the iPad around, and tell you to kill yourself — not that you’re doing that; you’re a nice person who happens to own an iPad — and it’s like, okay, I get it, you have an iPad. Do you have to bring it out in public just to prove you’re better than me?”

2. I Just Want To Roll Around In Cadbury Creme Eggs Until I Drown – Chelsea Fagan

“And if you are one of those people who is going to Debbie Down me right now and be like, “Ugh, I don’t know, I’m not really a dessert person and they’re a little too sweet, you know, a little too rich,” you can take your suitcase full of radishes and quinoa and go sit outside in the rain. This is Easter, the holiday in which absolutely nothing is related to anything, and multi-colored rabbits lay eggs filled with chocolate and toys for children to find in the yard before you go inside to eat marshmallow chickens and then later have a ham dinner. This is for Jesus, clearly. If there’s anything you’re not allowed to be lame about, it’s this holiday.”

3. I Will Sleep On You On The Subway And This Is How It Will Happen – Rachel Hodin

“I will shimmy on over to you, pretending to be in a hurry to get off the subway car and make my next train, when in fact the subway is still moving at a swift pace. And then, in one fell swoop, I will cock my head to the right until it lands softly on your shoulder pad. “What are you d—” you will try and ask me, to which I will put my pointer finger to your lips, muffle you, and say, “Hush hush, my sweet boy. Just let it happen…” I will be too nauseous to care.”

***Hudspeth is an easy fave at TC and tons of his articles were voted to be on this list. Do yourself a favor and just spend a night browsing his archives. You won’t regret it.

5. How To Tell If Somebody Has A Crush On You – Ryan O’Connell

“Someone really likes you if they don’t respond to your texts for 36 hours. They leave you waiting for that “beep beep!” sound on your phone, that hit of oxygen to your lungs, because they just really, really want to date you. Swear it! They like you TOO MUCH to give you an immediate response. That would be way too obvious and they’re taking an unexpected approach. They’re sitting there for a day and a half trying to think of the perfect response to your “Hey! What’s up?” text. Spending so much time and energy! Oh, they got it! They’re going to write you back, “NM. U?” Gosh, nothing says “Get in my pants!” quite like a “NM. U?” text that’s 36 hours late! God bless texting! God bless human connections!”

6. 5 Types of Tattoos That Mark You As An Idiot – Wayne Max

“The only thing worse than getting the name of a loved one as a tattoo is getting a portrait of their face done. There’s something profoundly creepy about seeing somebody walking around with their dead partner’s grinning visage indelibly sketched onto their bicep. It’s almost like they’re saying, “I couldn’t find a taxidermist willing to take the job, so I settled for this.” They’re dead, they’re gone, get over it. All you’ll accomplish by spending two weeks’ worth of wages immortalizing them on the canvas of your body is making everybody at the beach uncomfortable. Stop it.”

7. 12 Classic Mom Texts You’ve Received At Least Once In Your Life – Rob Fee 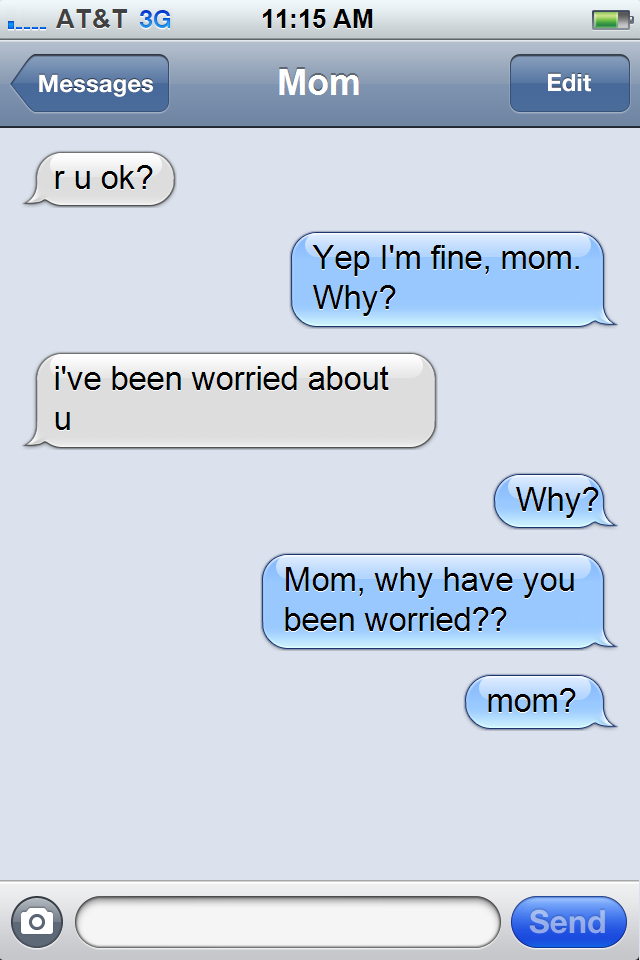 8. 21 Things You Say In Work Emails And What They Really Mean – Jordan Lee

“ Just wanted to follow up: Why the F have you not responded to my last note.”

9. 17 Signs Your Love Life Is Bleak As Hell – Kovie Biakolo

“You get way too eager when someone you like remotely shows any interest. And then you end up scaring them with all your attempts to make something happen because you come across as desperate. And then you cry about it like it was a real relationship and you just got dumped.”

10. 19 Things You Need To Know Before You Date A Sarcastic Girl – Crissy Milazzo

11. 10 Graphs That Sum Up The Modern 20-Something Experience – Lance Pauker 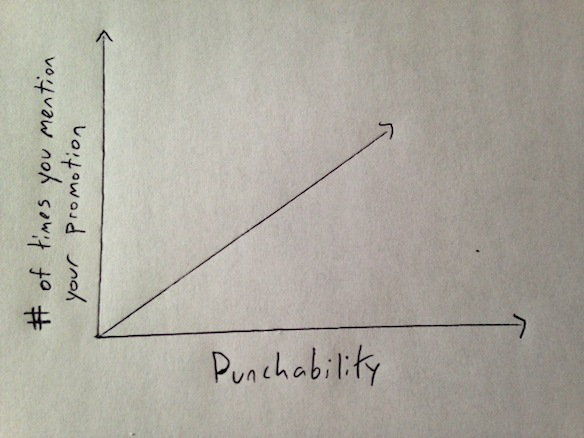 “24. Major losses of productivity due to recent near-obsessive consumption of cat videos.”

13. 24 Things We Unexpectedly Become Obsessed With In Our Late 20s – Jamie Varon

“3. Owning a Vitamix
One day, we all collectively woke up and thought, “You know what my life needs more of? Something that can both pulverize produceand make hummus!” Sure, we spent the $600 on it, use it only for green smoothies we could have made in a normal, much cheaper blender, but there’s the promise of soups… hummus… almond butter… and just knowing we have an appliance that can give us those things, well, it keeps the hope for liquid foods alive.”

“There is only one reason you drink Four Loko.

And it is to get fucked up.”

15. I Guess I’m Just At That Stage In My Life Where I Need To Reboot ‘Spider Man’ – Lucas Gardner

“Of course there are plenty of people trying to bring me down; Trying to infect me with their negativity by telling me things like, “You can’t just reboot Spider-man.” But I know that they’re just jealous I had the idea to reboot Spider-man first.”

“Ryan is a well-rounded individual, as well as diagonal, congruent, perpendicular, and other geometrical qualities that met our incredibly strict flexible criteria. I had no choice but to hire him on the spot when I found him in my briefcase.”

A Short List Of Disjointed Thoughts On Being Easy To Forget