Okay, can we take a minute to talk about Romeo Santos? Bronx born, Latin American king of bachata has officially won me over. I am his. He is mine. Consider me swooned.

A few months ago I took a trip to Central America and everywhere I went Romeo was there. On the speakers, on the TVs, played on repeat in discos and bars everywhere. This was different than previous trips to Central America. The last time I had been in the region it seemed like everyone was still obsessed with MTV circa 1993-1995. All they played was Nirvana’s MTV Unplugged performance and Metallica. You don’t know Hell on Earth until you have to listen to “Until It Sleeps” for 12 hours on repeat on a chicken bus through Panama. But whatever. The point is that there was a huge void on that trip where Romeo Santos should have been.

So this past October I met this guy Marco from Thailand in Nicaragua and we decided to walk around the streets of Leon together. There were two places we wanted to hit up – the Snake bar some locals told us about and this place: 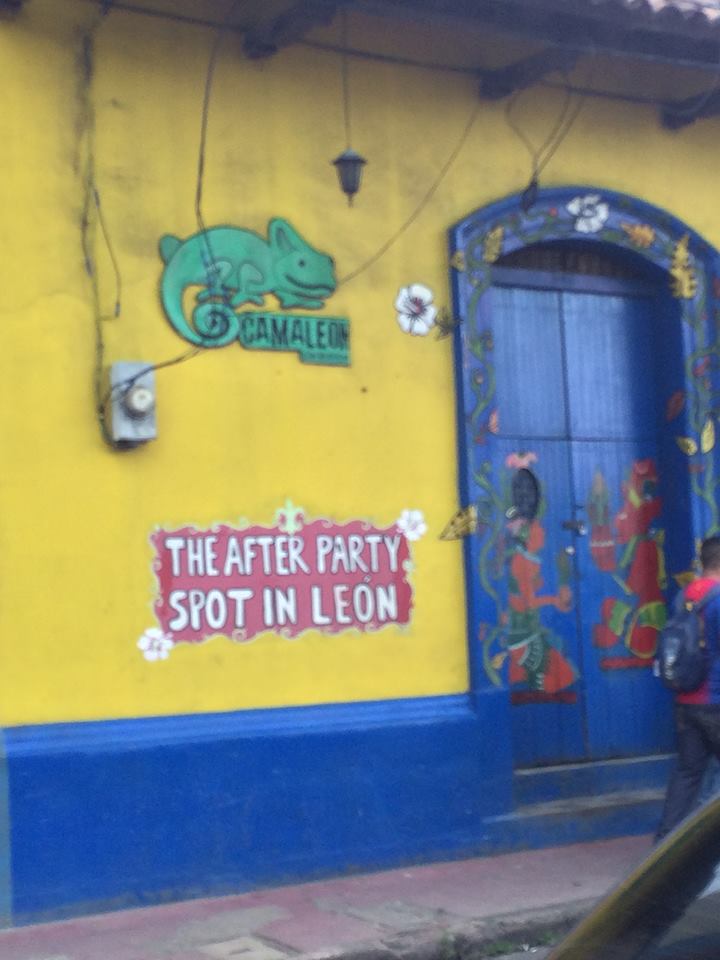 We wanted to go to Camaleon because it looked just shady enough we could either get thrown into a human sex trafficking ring OR we could have the best fucking night of our lives.

First we went to the Snake bar for drinks and while the night was already going great it became even better because the bar was playing Romeo Santos videos on repeat. Nothing but Romeo Santos for hours. Marc laughed and made a comment about how since he had been traveling through Central America he noticed how Romeo seemed to be everywhere, and while he kind was annoyed with it in the beginning, now he just couldn’t deny it – Romeo had won him over too. Obviously, this made us instant best friends. We finished our drinks at Snake bar then proceeded to go to Camaleon.

It was a typical Latin American disco, which wasn’t much more than a couple of rooms illuminated by red lights and blaring speakers playing salsa and merengue. Even more importantly there was Romeo again – on every single TV in the place. We were immediately charmed. We spent the night dancing and dancing and drinking cheap Toña cervezas forgetting anything else in the world existed. We collapsed that night back in our hostel dizzy from too much beer and the sounds of Eres Mía stuck in our heads. A week later Marc flew back home, as did I, but we still talk about that night in Leon and more importantly, we still talk about Romeo.

TL;DR: Romeo Santos is the Latin American sensation you didn’t know you needed.

I Don’t Want A New York Kind Of Love

I Fell In Love And It’s Been Fucking Hard

Why I Feel Safe In Egypt

I Listen To Sad Songs To Remind Me Of Her