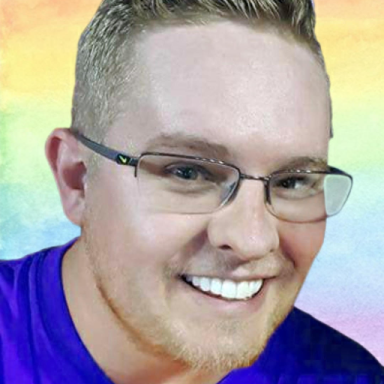 Have you ever thought about the weight capacity on the dining chairs you’re eyeing? Or wondered if a restaurant will be able to seat you? If not, you might have what’s known as Thin Privilege. I don’t mean you’re a Victoria’s Secret model or necessarily wearing the smallest clothing size out there. I’m talking about how most aspects of our everyday lives are geared toward thin people, with larger bodied people becoming the outlier. These nine physical examples of thin privilege show just how different a larger bodied person’s life can be, and how thin privilege is very, very real.

Possibly the most obvious example of thin privilege is the ability to shop for clothing at most retailers. If someone doesn’t like something from Store One, they usually can head to Store Two and pick something else there. What if you only had one store to choose from, though? Or only had the ability to shop online? Most large-bodied people have very limited selections of clothing to choose from. Even though I live in a metro area, I can shop in person at exactly one store (thanks DXL! You’re a lifesaver). If I want a larger variety, I have to shop online, which everyone can agree can have its drawbacks. Whether it’s size XXL or 5XLT, large-bodied people have very limited selections when it comes to clothing.

Accessories are only a hop, skip, and jump away from clothing. A “one size fits all” option most certainly does not. I’ve learned my lesson purchasing bracelets and rings that are supposed to just slip on and fit “all”. They usually end up in the donation pile or given away to friends. Learning your ring size is important, because oftentimes the site doesn’t carry that size and you’ll have to find it elsewhere (or pay extra).

Airplane seats, a.k.a. the bane of my existence. One time on a flight another passenger walked by and literally laughed when they saw me hunched over and wedged against the window when I was trying to make myself as small as possible. With the average airline seat being 17 to 18.5 inches wide, that leaves a lot of room to be desired for larger bodied folk. If a long flight between two strangers sounds miserable, imagine doing it with a seat four sizes too small and each neighbor taking an armrest. Which brings us to….

When flying, they have seatbelt extenders available when you enter the plane. The fact they need those readily available is just proof the seat belts need to be extended to fit larger bodied people. Having to hurriedly ask for a seatbelt extender while other passengers queue up behind you isn’t fun, and neither is the flight attendant having to look around for it. The extenders are used in cars as well, and can be carried with you when riding in Ubers. I’d argue the market for extenders just goes to show it’s a thin person’s game out there for seat belts.

Cars are built for the little and lithe. Before purchasing my last car, I researched “Cars for large people,” and when I got to the dealership, they looked at me questioningly when I had marked differences in make and models on the list of cars I wanted to see. Turns out, the writer of the article I read either wasn’t large-bodied themselves or didn’t actually sit in any of these cars. A steering wheel poking you in the stomach isn’t anyone’s idea of a good time. In my past, I had never considered the fact people purchase cars based on their body size, but it’s absolutely a thing. I know that’s the number one reason I purchased mine!

Furniture has a weight capacity, just like any other product. Unfortunately, that weight capacity is much lower than you’d expect. That goes for couches, chairs, bed frames, bunkie boards, ottomans – you name it. The appalling part of purchasing furniture is that some retailers don’t even list what that weight capacity is, leaving you wondering if it will actually hold you. And if a friend invites you over to their house, what’s the weight capacity on that accent chair? 250? 300? 500? It’s not something your friend is liable to know, even if you were brave enough to ask. And who knows if the retailer even listed it on their site. Currently, Wayfair doesn’t have the ability to sort by weight capacity, leaving large-bodied people to click through dozens of chairs just to find one that might work. And don’t get me started on those white plastic deck chairs. Those are a death trap waiting to happen.

Restaurant booths aren’t made for large-bodied people. If you’re wondering why your large-bodied friend is always early to the restaurant/coffee shop/etc, it’s because of a little trick I frequently employ at new places: arrive early and ask for chair seating instead of a booth. The reason? Booths are simply too narrow a lot of the time to fit comfortably. Much like an airline seat, restaurant booths are simply built for efficiency and getting the most people “safely” into a space (notice the quotation marks). The more people, the better for the bottom line, even if those bottoms might not fit.

Many scales have a weight capacity, which is something I hadn’t thought about until my scale errored out. I changed the batteries not once, but twice, thinking the Duracells I stored in my hall closet were a dud. Turns out, most scales are built for smaller-bodied people; the one at my last work capped out at a measly 230 lbs. (Why they had a scale in the office is beyond me.) Having to specifically research if a scale will work accurately for you instead of giving you an ERROR sign is par for the course with large-bodied individuals. Thanks, Amazon!

Thinking of getting some steps in? Somewhat counterintuitively, lots of exercise equipment has a lower weight capacity than you’d think. Treadmills are especially prone to be geared toward thinner people, with some as low as a (ridiculous) 200-300 lbs before maxing out. Weight benches aren’t much better, and you’re purposely holding extra weights while you’re sitting on them. The gym should cater to all body types (like all establishments), but unfortunately that just isn’t the reality at a lot of places.

Thinking of jumping into some reading on thin privilege after perusing this list? Go for it! The more people realize there’s size bias and thin privilege permeating everyday lives, the more things can start to change.

I once partied in Vegas with Vanilla Ice, but I don't let it define me