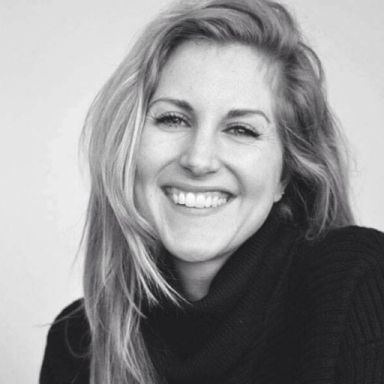 I feel like my ego reared its head at a younger age than most people.

I can very distinctly remember a feeling of separateness that started when I was around 4 years old. At the time we were living in Egypt, in a beautiful old colonial apartment with high ceilings and white Doric columns in our living room. Outside our home felt like an entirely different world. There were little kids who were the same age as me begging for money, reaching their hand out as flies swarmed around their faces. There were serious men carrying guns and heavy footed camels walking down pot-holed streets. The difference between my inner and outer worlds was polarizing.

It was almost like my ego began to construct itself by mimicking my very reality and deepening a sense of separateness. Gradually, the person I became when I stepped outside my home was different from the person behind closed doors. My true self was slowly being taken over by a created sense of self: the ego. This process of adapting to our surroundings and adhering to society’s expectations happens to all of us. As time goes on, I become more curious about the little girl I used to be before I blended in like camouflage. Because the girl that came into this world did not have any ego—she was free from any mental conditioning. She was a living spirit, expressing boundless energy and enthusiasm.

I always thought someone who had an ego was self-absorbed and narcissistic. This is true in a sense, but a big ego can paradoxically also be found in the quietest, shyest person in the room. Mostly because this person has such a high image of themselves in their mind that they don’t want to look foolish in front of anyone if this image is not attained. Feeling inferior or superior are all signs of ego. The ego can be described as a kind of shield over our spirit that consists of all of the things that we learned through socialization. The result is a refined and polished adult, a soaked sponge of an ego containing all that was experienced. Every last bit of trauma and beautiful childhood memories stored away, filtering through the lens in which we see the world. This ego is what creates our personality or our personal reality. It reinforces the feeling of separateness from others and strengthens the stories we have about ourselves. It is our name, job title, interests, marital status, how many kids we have, religious affiliation, etc. But none of this is actually who we are because, as Eckhart Tolle poetically says, “We are just the universe expressing itself as a human being for a little while.”

Our ego is never satisfied—it’s always hungry for more. It is the reason you feel anxious about the future and depressed about the past. The best way to know you are being controlled by ego is when you need something outside of yourself to feel good (money, sex, alcohol, fame, food, a fancy house with a pool), and after the excitement of getting it wears off, you realize it wasn’t enough to satisfy and you still feel empty. So you continue on your mission of searching for happiness as if it’s a destination, a place outside yourself.

While I’d love to destroy the ego entirely, I can’t imagine living in this world without one. It plays an important role in our society. For example, If I’m at a party or a job interview and someone asks, “Hi, nice to meet you. What’s your name?” I can’t exactly answer with, “I’m an immortal spirit, a divine soul. Just like you, we are all connected.” They will think I’m insane. I need to reply with an appropriate answer that signals who I am according to my ego, because that’s just how current society works. Perhaps someday, such as in Tolle’s idea of A New Earth, people won’t introduce themselves anymore, at least not in the way we’re used to with handshakes and business cards. Instead, they’ll gaze into the other’s eyes and find the answer.

But in the meantime, I live in Sydney, Australia and work a corporate job. I need to have one foot in the current earth, and one foot in a new earth in order to get by. My ego plays an important role in being a sponge and record of all that has happened and everything I’ve learned in my life. It’s also been a source of connection to other egos. Having an ego is not necessarily a problem. It only becomes a problem when it’s left to roam without awareness and discipline. An untamed ego is like a wild dragon—it can be extremely destructive but equally as powerful when controlled.

So how do we tame our ego? By being engaged and present to the current moment. Presence is like kryptonite to the ego. Unfortunately, being present all the time sounds a lot easier in theory. It’s a moment to moment, second to second activity. It is washing my hair in the shower and focusing solely on the feeling the shampoo foam on my skull, not on that project at work or that terrible comment my colleague made last week. It is eating a meal and tasting every single bite, not gobbling it down as fast as possible so I can move onto the next task. It is actively listening to someone speak, watching their lips move and allowing each word to enter my mind without assumptions or interruptions. But it is mostly the frustrating experience of witnessing my mind lurch from the present moment to the future, feeling instant anxiety about an event that has not happened yet. I’m now more aware of how little life I actually am present to, and how unaware I’ve been to this wild and destructive dragon that is my ego.

Have you ever heard someone say, “You need to get out of your own way”? I heard this a few months ago during a guided meditation class and was completely confused. I lay there stuck on the thought, ‘Get out of my own way? What does that even mean? How does that even happen?’ I felt like raising my hand and asking the teacher to please explain, because I am confused and no longer meditating anymore. But I finally get it. It simply means your ego is standing in the way. It is the untamed dragon blowing fire all over your life. Your thinking mind has taken over and you are no longer alive in the moment—you are caught in a thinking storm that has left you out of touch with reality. Your ego and pain-body are having this passionate love affair and you are just a robot, going through the motions but not actually participating in real life, which is happening right now.

Understanding the ego has led me on a powerful journey within myself. It has lifted the blinders over my eyes and has me living, even for just a second, in a world free of labels. It has opened the door to something inside of me I didn’t know existed. It’s helped me to understand that we are all just a wave in the collective ocean—there is no separation. It’s guided me back to the moment, where life is actually happening.

If the egoic mind is like an untamed dragon, then I’m up for the adventure of winning its trust. Of staring at it in the eyes, jumping on its back, and steering it tightly into the direction of which I want to go.

All I need to do is get out of my own way.

Canadian writer and art therapist based in Australia.