Skip to content
Report This Article
What is the issue?
For my big sis, Kelly.

1. Your rambling posts that keep showing up in my newsfeed are distracting me from learning more about Paula’s yoga certification. 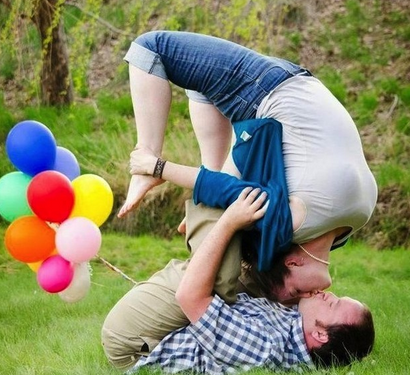 3. Dumbledore is gay. Ergo, every gay person is also automatically awesome, and/or a powerful wizard with a long, white beard.

4. ^Beard in that case was literal, not metaphorical.

“Slaves, accept the authority of your masters with all deference, not only those who are kind and gentle but also those who are harsh.” (1 Peter 2:18)

“Do not wear clothing woven of two kinds of material.” (Leviticus 19:19)

7. So, to sum it up: 1) Slavery is good. 2) Stay away from Ms. Jones, that evil woman who thinks it’s OKAY to teach Language Arts. 3) If you wear a shirt that’s made out of both cotton AND polyester, you’re dead to me.

8. Are you seriously going to try and argue with me that Bert and Ernie aren’t together? Bye.

9. You should check how many people have rainbow profile pictures in your newsfeed before you go off on a rant. You’re going to be offending lotssssss of people.

10. Then again, posting an anti-gay rant will inevitably lead to a three-hour long comment war between you and some guy you once met at a conference in New York, and there’s no better way to spend your time than that.

11. Let’s compromise: if you stop writing these posts, I’ll start reading the event invitations you send me about the jewelry parties you keep having at your house.

12. Watch this video and remember that fifty years ago, people were making the same arguments about segregation.
[youtube https://www.youtube.com/watch?v=A8JsRx2lois%5D

13. If I gave you a list of reasons why gay marriage is awesome, and it was narrated by Morgan Freeman, you would be 78% more likely to agree with me.

15. If you’re worried about gay marriage ruining the sanctity of marriage, you’ve got bigger problems. There’s a show on VH1 called Dating Naked.

16. Leslie Knope once married two gay penguins on Parks and Recreation. And what Knope says, goes.

17. Being gay is contagious, so if you keep talking about it, you’re going to catch this evil disease.

18. Remember that gay people aren’t some kind of isolated, make-believe group of people. When you’re making a comment against marriage equality, you’re speaking out against somebody’s daughter or cousin or brother or aunt or best friend or coworker. You might think you don’t know any gay people, but you’re most likely wrong.

19. Nope, gay marriage is not the same thing as polygamy or marrying your dog. Those kinds of things are choices people make. Whereas being gay is just something that’s in your blood. Gay marriage is still a lifelong commitment between two consenting adults. They just happen to be of the same sex.

Why I Finally Kissed All My Dating Apps Goodbye

The Piece Of Advice That Saved My Marriage (And Could Save Yours, Too)