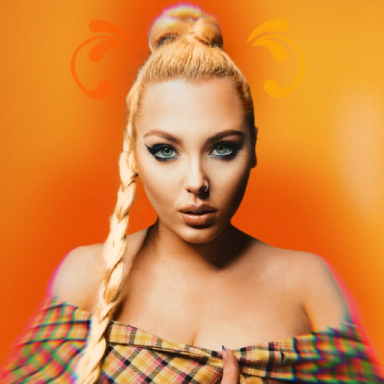 Women are multifaceted, funny, intelligent beings who have been subjected to portrayals that have clothed and hidden their fluidity. So, I ask myself, why is there such a drive in our female community to reclaim our power in a world that has made financial gains in our online representation on platforms such as film, TV, magazines, music, and fashion advertising?

When I started exploring female representation in our culture, I found inner strength in each woman’s dialogue and how that showcased its own silent form of liberty. In doing so, I am going to address several examples of women that I believe have redefined what it is to be a woman.

Taking you right back in history, Playwright Henrik Ibsen published a play entitled A Doll’s House in 1879. This play essentially “hit the fan” amongst theatregoers and was the topic of conversation of every newspaper in town. A revolution of its own had started. His main character, Nora, left her husband and children at the end of the play after her husband had emotionally abandoned her. Readers were outraged that a housewife had walked away from her family through a lack of self-fulfilment. This undeniably gave so many women the strength to see that their own happiness could be fought for, when at the time, they were living in a male-dominated world. Even the women in Shakespeare’s texts had a formidable strength, from Desdemona in Othello, who became the main support system for her husband. This is seen in full force at the end of the plot where he loses her after his own chilling mistake. Shakespeare even loved to play with gender stereotypes, with characters like Rosalind from As You Like It, who poses as a man named Ganymede. She successfully fools everyone through her disguise, carrying the emotional intelligence to matchmake and remain faithful to her family, knowing of the consequences she would face had she been unmasked.

This type of theatre has gone beyond fiction in a new generation of unconventional female performance art. It is absurdist and ritualistic, where the woman is the subject and the audience, the observer. The point of performance art is supposed to evoke strong reaction from the extremities of their self-explorations. One of the most notable Artists is Orlan, who uses Carnal Art to explore the social pressures of our outer aesthetic. Her physical appearance is a process coined “Facialization,” where she examines the relationship between the face and binary identity. In doing so, Orlan underwent plastic surgery to challenge the traditional notions of feminine beauty. Her chin was sculpted to imitate Botticelli’s Venus, the forehead to represent the protrude of Mona Lisa and a mouth shaped to resemble Francois Boucher’s painting, Europa. This work asserts her as a hybrid body of Art amongst other women, namely Marina Abrahamovic and contemporary artist Tracey Emin, who explored her feminine journey in her exhibitions. Emin’s most noteworthy piece was titled “A History of Painting Part 1,” where she displayed a pregnancy test and her used tampons. Her work is seminal—it projects a message of vulnerability, and although it is so “in your face” you want to look away, it also challenges why we are so disturbed by it. This revolution has only continued amongst the younger generation with contemporary artist Sophie Tea, who created a whole stream of painted nude female bodies as the subject of her new store opening in Carnaby Street, London. The store invites women to write of their triggers and their emotional and physical journeys over the mirrors and walls. It is innovative and creates a sense of community where women are being bonded and noticed through their insecurities amongst an open group of women that are not afraid to be heard and provoked.

Charly Cox, author of She Must Be Mad, writes in her poetry book, “I am not yours to be beautiful for. I do not clothe myself to be adored. The most finite knowledge that I can keep is that I am mine to feel sexy.” Cox makes me think of all the women in history that I have looked on to be “beautiful” or “sexy,” and my immediate thoughts are drawn to the Bond Girls that were cast as James Bond’s love interests that usually died at the end of each film.

I used to be angry that the actresses were always identified as his sexy side pieces and an aid to the male gaze, like the moment Ursula Andress walks out of the ocean in a tiny bikini in the first Bond film, 1962’s Dr. No. But then I started to think differently about these women. They all matched James Bond with their sharp wit and weren’t afraid to kick some serious ass, namely the iconic performance from Grace Jones as May Day in A View to Kill. These women loved furiously, and perhaps that was the sacrifice they made for their time with Bond that, unbeknown to them, was limited.

Females are now no longer just narratives of desire or hysterically emotional plot twists. They are redefining themselves constantly in intra-feminine relationships, highlighting the importance of relations with other women, such as mothers, daughters, friends, and lovers.

Fashion brands are now using unedited images of women’s bodies in their campaigns.  In doing so, they are stepping away from an unattainable expectation and moving closer towards the realities of a woman’s body that has not been airbrushed to a fabricated standard of idealism.

With the influx of more people becoming comfortable with labelling themselves as “nonbinary”, it gives a sense of freedom amongst both parties, reinventing what we have previously been programmed to consider as female. Drag is in essence a performative show of what makes a woman a woman to that performer as a way of self-expression and allows them to interpret that in how they decide to showcase themselves, whether that is an example of hyperbole or realism.

It is exciting. It paves the way to a new age of female empowerment and identity, allowing the woman to take ownership of who they are and what story they wish to tell you all. And with the help of these female figures, I’m learning to write mine.

Feelin' feelin's since 1991. Dropping my G's since I became one.