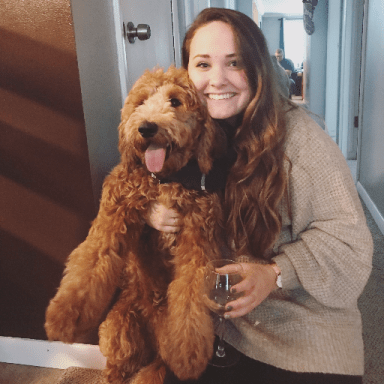 To be honest, I have never been a fighter. I don’t know if it’s because of the yelling or the worry that I have ruined a relationship — I guess it’s both. Maybe that’s pathetic, and I know I’m more sensitive than most, but I don’t think I’m alone. It takes time for some of us time to learn the importance and usefulness of fighting.

Admittedly, in the past, I would almost always back down at the first signs of a fight. I would share my feelings with someone, and they weren’t received well, I would suck it up and move on. I could be on the brink of tears, lump in my throat, hands shaking, and stomach aching, and I would just try to shut all of that off. I would tell myself to get over it, because I felt I was saving our relationship by not “causing a problem.” For whatever reason, my mind would equate fighting with loss. Turns out I was dead wrong. Who knew fighting would allow for honesty, vulnerability, understanding, and growth?

It wasn’t until I started dating my boyfriend of two and a half years that I realized fighting is okay and even beneficial for a couple. We don’t fight a lot, but when we first started to have our little arguments, I would do those things I always had. I would apologize, say “nevermind,” tell him he was right, and change the subject. Sometimes I even asked if we were going to break up. Yeah, I know, ridiculous. And you know what he said? He said, “Fighting is what couples do! It is a good thing.”

Let fighting with your SO be a goal. It means it’s working. It means you both care.

You can be the most beautiful, seemingly amazing couple (think: John Legend and Chrissy Teigen) and still fight. In fact, you HAVE to fight to be that amazing couple. Think about it: every one of us has a different mind and a different heart. We have had different experiences and perceive things differently. This all informs how we act and interact, meaning fights are inevitable.

These days I tell my boyfriend when he does something that bothers me, hurts me, or upsets me. Sometimes it’ll lead to a fight, and now I know that that’s okay. Fighting has also lead to us growing closer together.

So maybe skip the fights over what to watch on Netflix, but fight about the good stuff. Fight when they don’t show their appreciation for you, when they forget your birthday, when they break a promise. By the way, chances are, the thing that person you love did (or didn’t do) was unintentional, but you won’t know until you talk about it.

So alongside beach vacations, cute babies, nice houses, and other relationship goals, don’t forget fighting. If you’re fighting with your SO, you’re doing something right.

While You Fight For Our Country, I Promise To Fight For Us