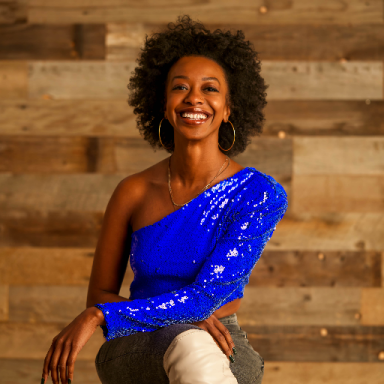 Last week, I emotionally prepared myself and set aside time to watch The Hate U Give, a movie based on the based selling novel by Angie Thomas. The novel tells the story of a young girl named Starr who witnesses the fatal shooting of her childhood best friend Khalil, an unarmed Black boy, at the hands of a police officer. While I have a deep appreciation and affinity for narratives that expose your discriminatory practices and systems, as a Black woman, I am never quite prepared for the intense feelings of anger, sadness and helplessness they stir up in my soul. This narrative was no exception. Right before he dies a tragic and eerily familiar death, Khalil educates Starr on the meaning of late rapper Tupac Shakur’s often misunderstood “THUG LIFE” tattoo:

“Pac said Thug Life stood for “The Hate U Give Little Infants Fucks Everybody. T-H-U-G-L-I-F-E. Meaning what society gives us as youth, it bites them in the ass when we wild out. Get it?” –The Hate U Give by Angie Thomas

In other words, we, as a society, reap the seeds we sow into the minds and hearts of our children. Discrimination, police brutality and other forms of state-sanctioned violence have plagued black communities, and particularly black children, in this country for decades. From The Central Park Five to Ruby Bridges, unjust acts committed against and witnessed by children of color perpetuate feelings of rage and resentment in future generations and legitimize the presumption of unquestionable inferiority.

While it’s an undeniable truth that this country has systematically oppressed and mistreated Black people from its bloody inception, the United States – the proclaimed land of the free,

and home of the brave – also has an uncomfortably racist relationship with immigrants of color. Just a few days ago, US Immigration and Customs Enforcement (ICE) reportedly detained 680 immigrants as a part of a series of mass deportation raids, resulting in countless separated families. Officials were left to deal with children who came home from school to find their parents had been detained.

As I watched the heartbreaking video of the young 11-year-old girl pleading for her Dad’s release after an ICE raid, I couldn’t help but wonder what effect your inhumane immigration policy would have on future generations. The US Census projects that the nation will become “minority white” in 2045. During that year, whites will comprise 49.7 percent of the population in contrast to 24.6 percent for Hispanics, 13.1 percent for Blacks, 7.9 percent for Asians, and 3.8 percent for multiracial populations. In just 26 years, the brown American babies who have been torn from their families in the ICE raids will be angry, full-blown adults and voting American citizens. They will join the ranks of countless children of color in this country who have grown up in a country that has made them feel like animals because of their race. And whether you like it or not, they will be part of the new majority.

You, America, have made the tragic mistake of biting the hands of the ones who will one day feed you. When they come for your tax cuts and your white privilege, “take” your jobs and marry your children, become your healthcare providers, represent you in Congress, change the white supremacist laws you cling to for dear life, redefine the meaning of freedom and eventually take over this country, I hope they show you the mercy that you never showed them. I hope they don’t oppress your children. I hope they don’t round you up in the middle of the night, detain you, and send you back to whatever European country your ancestors came from. I hope one day they forgive you, because if they don’t, we’ll all pay the price. You think you’re afraid of them now? You should be afraid of what they will become – warriors.

And please – save your selfish, tired arguments about this “not being their land or their home.” You raped, tortured and killed native people for this land. Or did you forget? It was never your land to give away.

Yours Truly,
Another Tired Black woman

Ice immigration Politics Racism The Hate U Give

I’m Tired Of Being Black In America

Army Base Stew for the Amerasian Soul