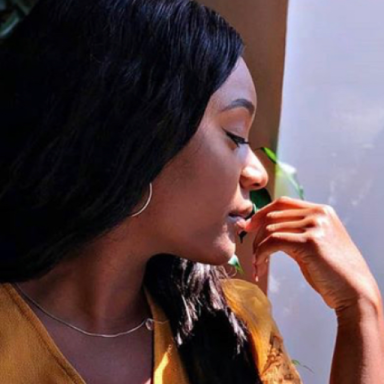 Since the beginning of time, the human race has dealt with trauma to some degree or another. Although the causes may be totally different, it doesn’t deny the fact that our minds can be a troublesome place after enduring trauma. Whenever that season is upon us, we seek help in a plethora of ways, because essentially, we want to save ourselves.

A lot of what we’re seeking is more of an immediate relief and not a true desire to understand where it all went wrong. For some time, I sought help in things that weren’t necessarily healing or therapeutic, but things that took the pain away fast. I knew that true restoration only happened when weeds were uprooted, yet I was reluctant to uproot my past because I knew I’d have to address the events that had me so emotionally frozen in my present. Then one day, I decided to write a poem. In a single poem, I was able to see on paper what I was feeling.

Think of the tallest building in the world. I’ve driven by tall buildings and thought, “This was once in someone’s head.” Before it became a thing, it was only an idea that took up space. Writing poetry allowed me to free up mental space by removing oppressive skyscrapers from my mind.

When an architect has an idea, she creates a blueprint. Her ideas start in her mind. They are then recorded on paper, and suddenly we see the complex idea she’s been dreaming of as a tangible thing. Each building you’ve ever seen started as a thought. It’s so important to move your ideas and emotions from mind to matter through writing it down and making it something you can see and feel so that you can understand yourself.

Imagine how difficult and anxiety-inducing it would be as an architect to give commands to construction workers without having a clear picture, resources, or measurements for what needed to be portrayed. It would be an entirely chaotic and nearly impossible task. The same goes for our own anxious thoughts. Our lives will always be chaotic and nearly impossible to maintain if we don’t know what our trauma actually looks like.

Each day we try to give our hearts commands on who to open up to, when to cry, when to push someone away, or when it’s safe to fall in love, and it gets chaotic because we don’t know why our emotions are so fleeting and unstable. It’s because we can’t see the bigger picture—that picture being trauma, of course. Seeing your trauma can help you understand things like why you’ve been having a hard time trusting again or why you lack self-confidence or determination. Something has happened that has changed the way you look at life. Maybe someone told you that you were unworthy, so now you have low self-esteem. Or maybe you were abandoned and now you believe you’re unlovable. You deserve freedom from that.

I learned what my trauma looked like when I wrote down what I felt through poetry—no matter how upsetting, tragic, and raw it was, I wrote it. I realized that once my emotions left my mind and went onto paper, I could see them for what they were. I saw the bigger picture. Because of that, I learned exactly what I needed to be free from that pain.

If the architect imagines 100-story skyscrapers, the number of beams cannot be guessed or assumed, but once on paper, that number is much easier to determine. If you document your pain, you’ll find that 100 heartbreaks may call for 100 letters of forgiveness or that fear you’ve been experiencing calls for bigger faith and trust in God.

We must take inventory of the emotions that are trapped in our minds and write them down so that they can be seen, understood, and addressed. Your mental skyscrapers are more useful outside of your mind than in. Commit yourself to some emotional landscaping and write a poem today.

My wounds let in so much light, enough to illuminate ocean floors