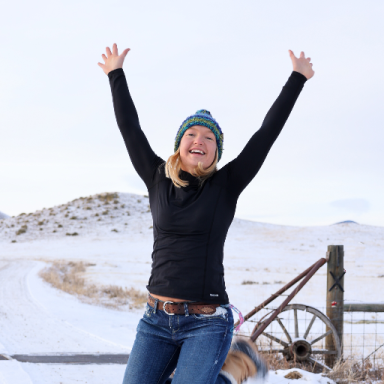 A few minutes before the sentencing hearing was going to start, the county attorney came up to me and said he needed to talk to me and lead the way to one of the side rooms near the courtroom. Just as we were going through the second set of double doors leading into the hallway, my abuser and his attorney were walking in. I’m sure we were the last people they expected to see at that moment, and I did not expect to see them either.

I looked at his attorney first. He was standing closest to the large courtroom doors. He just looked at me—rather smug, implicitly minimizing everything, undoubtedly evaluating and looking down at me. That was to be expected, and I did my best to not let that bother me. That is what he gets paid to do and I didn’t need his validation or admission of what his client did.

His client, my abuser, was standing next to him and stepped back in surprise. I just looked at him. We made direct eye contact and for the first time. Though he is much taller, I wasn’t looking up to him and saw myself as an equal individual with equally valid ideas and opinions. The energy in that moment embodied my sovereignty over my own life and how I was no longer taking responsibility or covering for his actions. He was getting to bear the weight of his actions and consequences, he no longer had control over me, and everything that happened in secret was being exposed.

He was maybe a couple of feet away from me. I hadn’t been that close to him in over a year and a half. He was much bigger than me, bigger than I remembered. I saw him and his intimidating size differently in that moment. I recognized all the times his size helped him to scare me and overpower me during the abuse, but I was no longer intimidated in the face of my giant. I was safe there and had a room full of people who were there to support me and people who would stand up to stop him from hurting me again.

In that moment, looking at my abuser, all the growth and work I had done over the last year and a half enabled me to disengage. I wasn’t going to react. I saw he was there, we made eye contact, and I went on with what I was there to do. He didn’t have the ability to dictate who I talked to, what I did, or what I thought anymore. Disengaging felt like saying that will never happen again and demonstrated I was no longer willing to submit or feed into any of that nonsense.

I just looked at him for a brief moment and continued on. When I turned to follow the county attorney, he recognized I wasn’t going to hold the door for them to walk in. So he courteously paused to hold onto the door long enough for me to get a few steps away and gave them time to catch it before it closed.

I wasn’t trying to be rude. For the first time since the grooming and abuse started, I wasn’t naive and voiceless. I didn’t have to submit to whatever my abuser wanted anymore and my goal wasn’t to appease him to prevent backlash. The playing field was finally even, and I was walking in a renewed sense of agency the unexpected encounter couldn’t derail.

In that moment, I said no. No to everything he represented and everything he did to me. I said no to letting it continue. Maybe it was symbolic of this chapter of my life closing, because I wasn’t going to hold the door to it open. Or maybe it was symbolic of me not covering for him anymore. He gets to be responsible for himself; he can open and close his own doors, and he can navigate everything in between. Or maybe I was just caught off guard and automatically went into self-protection mode. Either way, not holding the door was a reflection of an immense amount of inner work and freedom.

I didn’t diminish his value as a person by not holding the door. My victim impact statement made it very clear that I want what is best for him and that is for him to repent and get help. But he can open his own door. And I’ll ask God for guidance about how to handle something like this in the future with proper boundaries and with His love and grace.