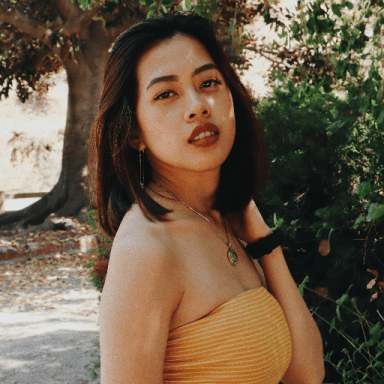 It was easier to tell those around me how I fell in love with the wrong guy who, by the end of our relationship, showed his true form as the monster I truly saw him as. In the depth of my mind, I thought I moved on from our unconventional and emotionally abusive relationship. It has been almost a year since we broke up, but I am still haunted by his aggressive voice, the bangs on the dashboard, and his twisted words. Most of my family and friends don’t know the truth behind the facade surrounding our relationship. Despite their questions of what possibly attracted me to him, I could never bear to admit that I only did it to justify how he sexually assaulted me.

Fear and doubt of ever sharing this story swirled in my head for months after the breakup, and it’s still nagging in the back of my mind. I anonymously requested consultation on whether or not I should open up about what happened. I thought, Would they doubt my story because I was in a relationship with him? And what would they think of me? It’s quite ironic that despite the pain in my truth, I was still more concerned with the consequences of speaking up. After all, the media had clearly portrayed how quick people’s judgment changed when it came to the victim.

Victim. I never would have described myself as a victim, mostly because I wasn’t the textbook definition of a victim that was outlined in books, shows, and films after a violent and horrific sexual assault. I wasn’t withdrawn, traumatized, or hysterical. But I was ashamed of feeling violated. It wasn’t until one person blatantly told me that if I wanted to be free of this emotional burden and to relate with women, then I shouldn’t be scared to share my story.

I met him two years ago through mutual friends. At the time, I was down a self-destructive path filled with poor decisions. One of those decisions include ignoring the bold red flags, the screams from every fiber of my being, and the worries my friends expressed. I wasn’t completely blind to the increasingly toxic entity overshadowing my world, but a small part of me was lonely, though I would never have admitted it then. It felt nice to be seen, to be liked, that I willingly accepted his kiss. My hesitation was still apparent, and I relayed how I was sexually assaulted a year prior when a so-called friend forced his tongue down my throat despite my incredibly desperate refusal. I made it clear that I was a virgin and intended to keep it that way until marriage. He promised that we wouldn’t do anything I wasn’t comfortable with. I’m still angry at how naive I was to believe those words.

During the heat of the moment of a makeout session, I felt his lust growing stronger on the inside of my thigh. I knew where it was going, and I mumbled “stop” in-between his lips. I laid my hand on his chest to try to push myself further away, but before I had a grasp of what was happening, he was already inside me and done. Tears filled my eyes with the realization that my nightmare had come to fruition. Sobs were stuck in my throat after he left. I cried for the rest of the week.

When I confronted him with what happened, I was shocked at how quickly I was remorseful for bringing the situation to light. His face was riddled with guilt as he explained that he never heard me say “stop” or felt me push myself off of him. No rapist would look on with such regret of not realizing the signs of the lack of consent. He apologized if I perceived it as an assault. It made me think how absurd I was to imagine it to be. He was not a textbook rapist.

When he asked me to be his girlfriend, my insides churned at the idea of being committed to someone I was still so unsure of. He didn’t shy away from his temper. He threw angry fits at how I was unfair for choosing my family over him, for prioritizing time with my friends rather than with him, and for reminding him of the failure he perceived himself as whenever I would mention education, work, or anything in between. But despite it all, I said yes. Losing my virginity to him would be more justified if he was my boyfriend.

During the course of our relationship and even after, I was hesitant to refer to that first encounter as assault, even though the warning bells rang in my ear every time the thought came. But it seemed so uncommon and insignificant compared to what so many other women survived through. The forced penetration, the threats, the violence. The shame I carried was nonetheless heavy on my back, which was incredibly unfair when I freely absolved him of any fault for it.

This is why I am sharing my story—because I deserve to be free of the pain and the shame and the guilt. So does every woman who ever had to face a similar predicament that should have never occurred. I owe it to myself, and my friends, and the strangers who stay silent and bury the memories, confusion, and anger. There is no sense of “normal” when it comes to the justification, behavior, and choices of an assault victim. We are still validated.

A Filipina-American writer. A lover of mangoes and one-liners.