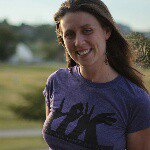 Of course, this isn’t actually how Lent works. I was raised Catholic and have a master’s degree in theology, so I know better. In the Catholic Church, the six weeks or so before Easter are designated as a time of sacrifice and intensified spiritual practice. Traditionally, Catholics have fasted during the Lenten season, though I have mostly known people to give up things in which they find pleasure: chocolate, video games, coffee.

Certainly, to give up letting people treat me poorly is not a sacrifice. In fact, it’s not even something within my control; I cannot determine the attitudes or actions of anyone except myself. But I can, and should, establish standards of what I will tolerate. And because I am in control of my own attitudes and actions, I am able to manage my response when someone doesn’t treat me well.

Due to my history—of giving more to others than I am offered in return, tolerating ongoing insensitivity, making excuses for inconsiderate behavior—modifying my behavior will require significant discipline. I will need to learn how to stand up for myself or step back from specific people or circumstances. I must resist my instinct to constantly nurture and support, and practice putting my own well-being first.

I am by no means a victim of chronic cruelty; the majority of my relationships are fulfilling and meaningful. Even some of the people who most frequently treat me poorly are people who I cherish. I also do not mean to imply that I have never treated others unfairly or unkindly. I’ve become increasingly deliberate and reflective about my actions but acknowledge I will always have room for improvement.

So when I say that I’m giving up letting people treat me poorly, that doesn’t mean I’m giving up on those people. I understand that good people go through hard times and make bad choices. I have been that person and will be again.

But I’m giving up my passivity toward, or even acceptance of, being treated badly. I’m giving up the mindset that empathizing with someone’s short temper or thoughtless behavior means I should consistently permit that kind of treatment.

I’ll walk away or hang up the phone when I can tell the conversation is turning sour. I’ll place my priorities at the top of my list, and I will not chase after someone about whom I’m concerned, but who shows minimal, if any, concern for me.

I’ll forgive and hope and never stop loving. It just might need to be, at least for a time, from a distance.

I run a collaborative weekly newsletter. Read my bio to join us.