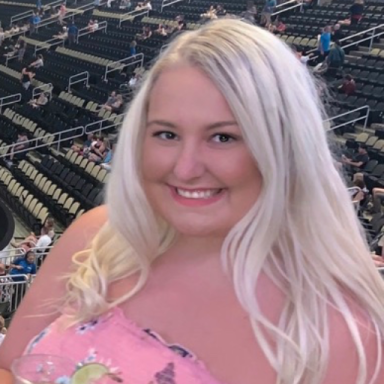 Today’s generation has a weird fascination with keeping love at arm’s length. We downplay any feelings that bear semblance to love, we are careful to avoid looking like we care “too much,” and it’s (almost) normal to be in love with someone you’re not even following on social media. In fact, almost every woman in her 20s can talk about a significant, life-altering relationship she has had that was never even defined as a relationship. There is no proof that the “relationship” ever existed—except in the minds of the people who lived it and the friends who helped pick up the pieces—because there were never any photos, status changes, outings, or any other physical or virtual trace that suggests anything beyond the occasional mumble that two people were sleeping together for a period of time.

People have always had sex. Except sex wasn’t always widely meaningless and compartmentalized. There is freedom and empowerment in the realization that we are free to be intimate with any person we want, but freedom and empowerment is tainted by the reality that hookups are almost always one-sided. Sex is an inherently emotional experience. People utilize sex for more than physical pleasure, but often, the gain is illusory. Using sex to create the illusion of an emotional connection may work for a night, but the next morning, you’ll feel emptier than ever. You’ll cover your body with a blanket in an effort to be less vulnerable, but it won’t work because the vulnerability will stem from your soul. Using sex to feel more self-confident may work (temporarily) until he leaves and you realize that you actually feel worse about yourself because he didn’t stay, even though you knew what was on the table. You’ll have sex with him because you want a relationship, and you hope that someday, he’ll choose you. You’ll reason with yourself that having this (whatever this might be), is better than not having anything with him, and that is tragic, because you are settling.

It’s okay to feel things. It’s okay to want a relationship, and it’s more than okay to say that out loud. Conversely, it’s also okay to “just have sex” when you aren’t doing so out of an ulterior motive. If you aren’t ready for a relationship and you want to have casual sex, you are free to do that. If you find freedom and empowerment in casual sex, then you should be safe, comfortable, and reassured that your choice is your own. You should do whatever makes you genuinely happy.

And even if it is “just sex,” you deserve decency. You deserve to be treated with respect. You don’t deserve to feel uncomfortable. You deserve to have sex with someone who views you as nothing less than equal. If you’re going to share something so intimate, make sure you aren’t compromising your emotional health in the process. Sex should be fun, and it isn’t fun to cry, wonder why you aren’t good enough, and secretly hope for something that isn’t going to happen. You deserve to openly share your truth. There is true freedom and empowerment in realizing what you hope to gain out of a sexual relationship, determining whether or not that need is met, and deciding if you want to continue a relationship. You are worthy, but you have to believe that.

Don’t be afraid to scratch the surface in a world that values shallow connections.