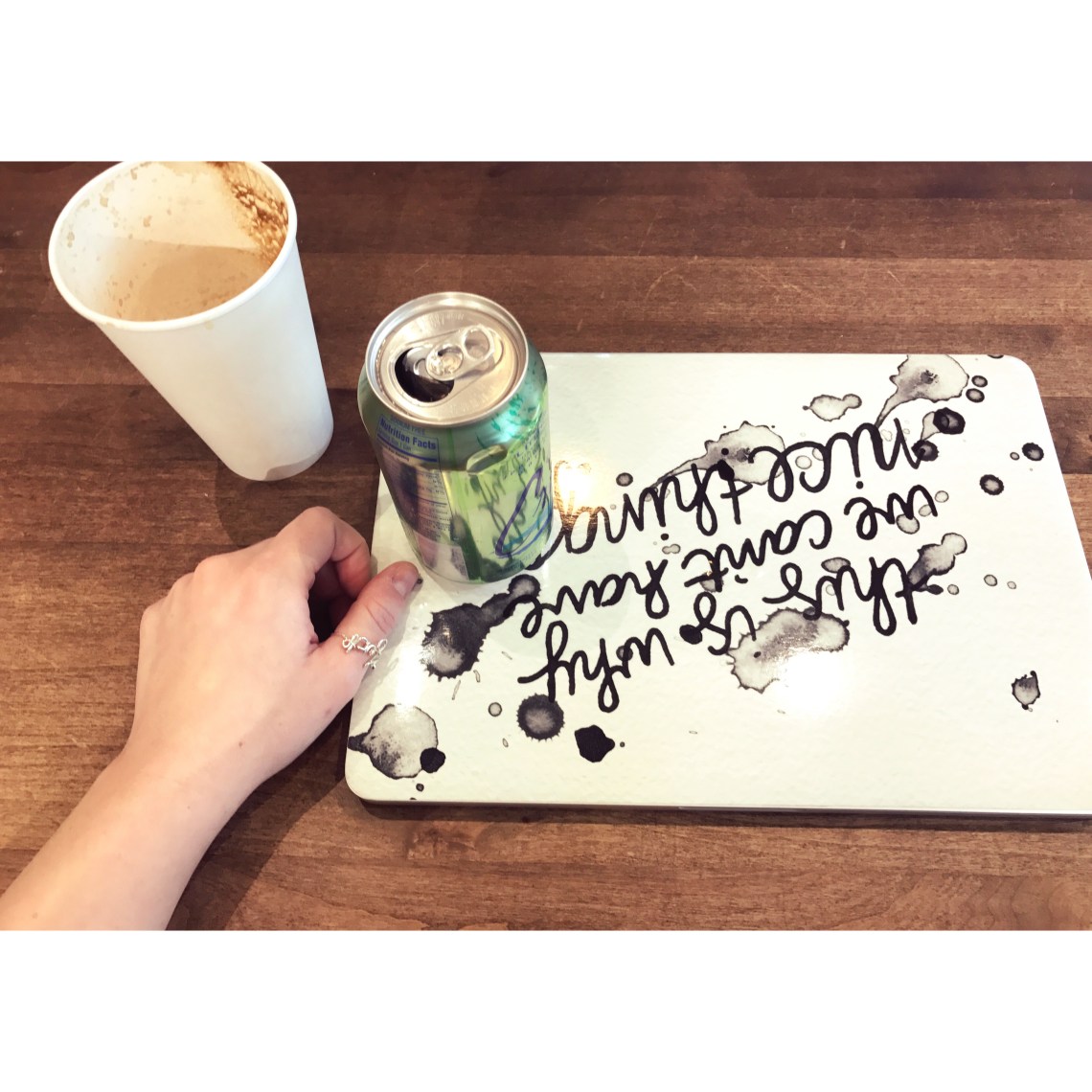 I don’t stand for many things.

The general “be a good person” stuff that everyone is taught in Kindergarten (don’t lie, wash your hands, ask before borrowing something, only pick your nose behind closed doors etc etc) sure. Totally stand for it. But the self-imposed morals that some people live their lives by? I don’t particularly adhere to them or see the point.

I don’t at all follow that whole “3 day” rule when it comes to texting your crush. I don’t care about not wearing white after Labor Day (or is it before?). I don’t think guys should feel obligated to pay for absolutely everything on dates. I think if you’re a halfway decent person and you don’t live a life of pure monstrosity, everything’s kind of up in the air.

Except, for one little, tiny, minuscule thing.

I firmly believe that the only sparkling water worth drinking in 2017, is the best from the MidWest: La Croix.

My history of loving this water is well documented.

You might call drinking an entire case of La Croix in a day excessive, I call it a challenge.

Don't hand me a Canada Dry when I deserve a La Croix.

But you know, despite the fact that La Croix is the best selling sparkling water brand in the USA, not everyone shares my affinity for these 12 oz cans of pure, adulterated joy. Shocking, I know.

Blogger Johnny D. of Post Grad Problems recently penned a little diddy to his favorite sparkling water brand, which happens to be the very nemesis of my fave: Perrier.

Johnathon claims that while La Croix’s recent popularity is admirable, they’re not classic enough. They’re the Pepsi to Coke, the Dunkin’ Donuts to Starbucks, Sierra Mist to Sprite. Simply put, according to JD’s “take” they’re the thing you settle for when the “gold standard” isn’t available.

I could not possible disagree more with any sentence ever penned by a blogger ever. Quote me.

When La Croix was founded in 1981, they were specifically branded as the “Anti-Perrier”. La Croix sought out to be an “anytime” beverage; and for anyone. Particularly noted as being the drink of choice for your middle school art teacher who definitely encouraged you to paint moody self-portraits and draw yet ANOTHER rendering of Angel from Buffy, La Croix has recently spiked in popularity. Yes, La Croix is what’s “trendy” these days. Especially with the millennial demographic who can typically be found posing with the mountains of boxes like they’re on a Pamplemousse flavored Iron Throne in Whole Foods.

And do you know why, oh why, La Croix has become the fridge staple of hungover millennials who also are willing to spend $140 on Spectacles?

Perrier is inaccessible, unrelatable, inefficient. You can’t tuck a Perrier conveniently into your bag while making your way downtown, walking fast, faces pass, and you’re coffee shop bound to work on your screenplay. You can’t snag a 750 ML bottle with the change at the bottom of your bag while you’re hungover and just trying to remember where you left your debit card. You can’t stock your party with four different flavors of Perrier for under $20 — absolutely none of that is a possibility.

But all of that’s okay! Because where Perrier fell short of adapting to the ever changing world, La Croix’s original intent held strong and the little Wisconsin company that could swept in to become the beverage, truly, for everyone.

And while I think Johnny D. put a valiant fight with his Perrier inklings, I think we all just need to take a step back to acknowledge the truth behind his 884 word love letter to the less popular sparkling water.

People who vote for anything above La Croix, are doing so, because they simply have terrible taste.

They’re the people who order their well-done steaks with sauce, the people who thinking sorting your laundry by colors is a joke. They’re the people who would probably reheat fish in a communal microwave and definitely hum along to music in elevators. They don’t think Target is the superior big box store and if you ask they to call an Uber, they’ll probably suggest going outside to hail down a cab.

It’s not entirely their fault I suppose. Their palettes, opinions, and preferences just haven’t evolved to match everyone around them.

Johnny D.’s loyalty is, I suppose, admirable. But the notion that La Croix isn’t sucker punching Perrier right it its overly-hyped face is frankly, laughable.

Put it on my tombstone: La Croix is the best sparkling water in the game.

Come over to the dark side, Johnny D. When you’re ready we have 20 flavors of an American-made product ready to welcome you into the fam.

Here’s All The Stuff I Fucking Liked In September

La Croix Is My Religion: 6 Truths People Who Are Addicted To Sparkling Water Understand