There are three standard questions that everyone asks on a first date, at a party, or when just generally getting to know someone.

First, “Where are you from?”

Second, “What do you do?

And third, “Where did you go to college?”

I have no issue with the first two. I say Fargo, North Dakota and immediately people either bring up the Coen brothers movie or make some sort of remark on my lack of an accent and we both awkwardly laugh. I love talking about the second and getting to say that I write and produce digital content and work in social media and that I’ve found my home online.

But when it comes to the third question, I hesitate.

And I hesitate, because when people hear, “The University of Montana in Missoula” they either think nothing, or they think rape.

Between the years of 2008 and 2012 (aka: my freshman, sophomore, junior, and senior years of college) it is estimated that over 350 sexual assault cases were filed in Missoula, Montana. The Missoula Police Department has gained an insane amount of infamy for mishandling the cases, or simply not doing anything with them at all. The U.S. Justice Department intervened on 80 such cases in 2012, or as everyone on campus was colloquially saying, “The feds came into town to mess shit up.”

At the center of the investigation, were the Montana Grizzlies. The University’s pride and joy. The football team.

Two of the cases which actually went to trial involved the Grizzly’s Quarterback and Running Back. One was found not guilty, the other was released on parole after serving just three out of his 30 year sentence for raping his childhood friend (another student) on his couch, and chasing her down an alleyway when she fled his apartment. In 2014, Kelsey Belnap went on 60 Minutes Sports to tell her story about being gang raped by four UM Football players, and having the police department do nothing.

The 2015 book, Missoula: Rape and the Justice System in a College Town by Jon Krakauer dives in depth into these allegations, the mishandling of the police department, the unethical but all-too-common practices the University turned a blind eye to as far as the team was concerned, and the aftermath of what happens in a town of 86,000 people when something like this is brought into light.

So when people ask me where I went to school, I hesitate.

Whenever Beau Donaldson comes up in the news, he’s called the “former Montana running back” not “convicted rapist” or “sex offender.” Whenever the boys from Steubenville come up, inevitably it’s mentioned how their football careers ended in 2013, not that they destroyed a 16-year-old girl’s life. Whenever Brock Turner is written about his swimming career is usually in the first paragraph with something about how he was projected to be an Olympian somewhere else in the article before simply calling him what he is: a criminal. An abuser. A rapist.

So when Stanford says they’re going to ban hard alcohol in order to dismantle “party culture” what they’re really saying is,

“We are going to refuse to acknowledge the rampant presence of rape culture on our campus, around our students, and at our school.”

I wasn’t in Greek Life or a sports fanatic, and I still partied in college.

Because party culture is simply a reality, an inevitability. But just because students are inevitably going to party, shouldn’t mean that the other inevitability is that one in four women is sexually assaulted on her college campus.

I did my fair share of partying. I had to call my parents and tell them on my 19th birthday our house party got busted and I’d be paying the city of Missoula $250 and doing 40 hours of community service since I drank a lot of rum and absolutely blew over the legal limit. I played flip cup with the best of them, mixed up mass amounts of jungle juice for the theme parties my roommates and I became famous for, and spent a good amount of my time in Montana being a sometimes stupid, but none-the-less normal college kid.

But at none of my parties, at no time during my “party culture” career, did someone get sexually assaulted or raped while we were partying.

Because party culture isn’t the problem. Rape culture is.

You really, are doing nothing to actually solve the problem. 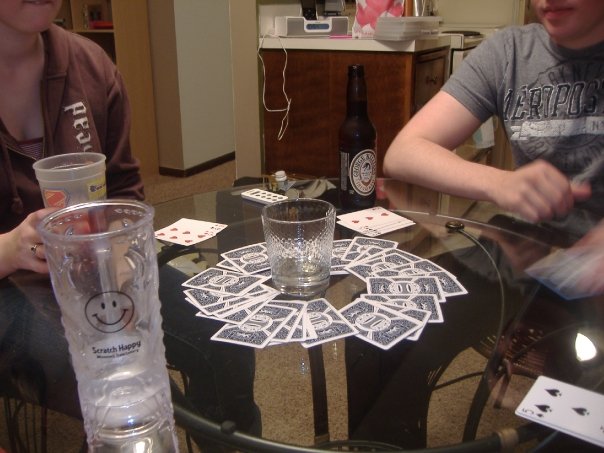 It is without question that something’s got to give and be done to solve the problem of sexual assault on college campuses in the United States. We should not be having the Kelsey Belnap’s of the world going on TV to talk about how a police chief deemed her rape “unable to prosecute” and did nothing. The Emma Sulkowicz’s should not be carrying their mattresses with them around for their final year of their collegiate career because their University failed at getting them justice. 7000 word letters should not be being published on Buzzfeed, because making sure everyone remembers Brock Turner’s swimming times is more important that protecting a victim.

But party culture isn’t to blame for this. It’s not partying that destroyed Kelsey Belnap, Emma Sulkowicz, or Emily Doe’s life.

It was the actions of their rapist, and the acceptance of rape culture surrounding our college campuses, our judicial system, and our nation that did.

In 2012 I was 22, entering my senior of college, and I got a phone call from my dad. He had just seen the news about the Justice Department entering Missoula to investigate our police department, and there was buzz around the scandal that our Quarterback was being brought up on rape charges.

“Do you think you’re safe?” my dad asked me.

“Oh yeah,” I assured him, quickly changing the subject and continuing along my walk to class.

But I think there was part of me that knew I was never going to be sure that I was telling the truth.

A Writer’s Diary Entries From Mid-January, 1986