Skip to content
Report This Article
What is the issue?
On October 14, 2014 I published a piece revolving around the reasons why I swipe left. Here is part two in a series where different people with different standards, who are of different sexual orientations discuss what made they give the old “to the left, to the LEFT” on Tinder. I will be elaborating on the Top 10 No Go’s and providing Greg’s, My HGIC (Head Gay In Charge) commentary at the bottom of each bullet point. 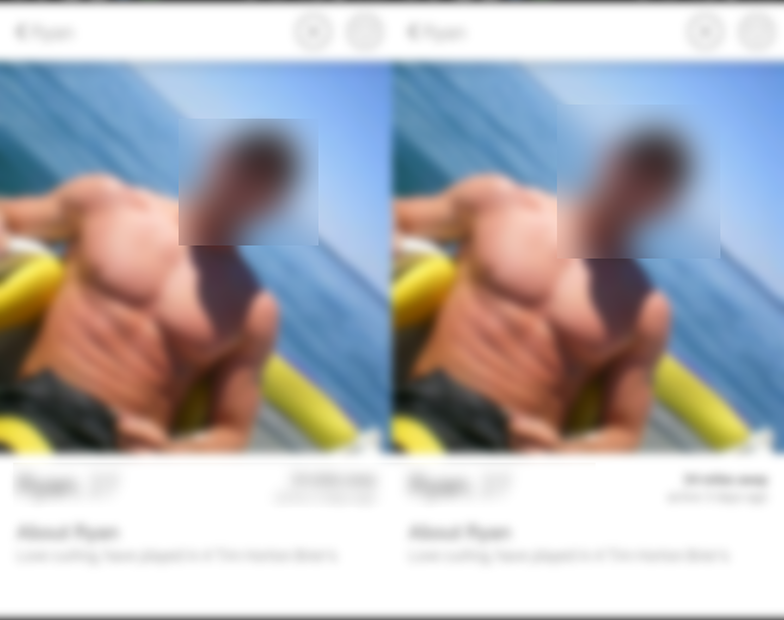 1. You are wearing sunglasses in every picture

I literally do not understand. We live in Seattle… not exactly known for being bright and blinding. What are you hiding? Do you have a perpetual sty that you’re super embarrassed about? Maybe mention it in your profile… or maybe don’t. If we’re being honest I really don’t understand the correlation between gay men and sunnies – but (can’t resist the opportunity for a good pun) it makes you look super shady. HEYOOOO.

Greg: “What is WITH the sunglasses?!!!? I cannot. Those are like paper bags for your eyes and I don’t trust you.”

I have a hard time with this one because I tend to read what guys say about themselves before even swiping through the photos. Maybe this is a clear indication that I am not using Tinder correctly. I guess I appreciate eloquence over abs.

Greg: “Who ISN’T interested in movies, games, books, exercise, dancing, music and food!? Like, what else is there? Do you have a pulse?! Congrats. You just described yourself in 120 words as a HUMAN.”

(I would like to note that I, Kendra, would love to be treated as a human. That’s all.)

I really had a hard time with this one. While watching Greg get a little swipe happy on what he coined “Tinder Thursdays” I found he was more inclined to pay attention to people who smiled, seemed approachable. Greg was like a little baby deer and the Tinder folk with the hunters. You have to seem nice enough to make him want to come to you.

Greg: “Pretty much. Just don’t be ratchet. Yeah…no ratchets. NEXT.”

4.You Seem Like You’re Trying to Be Someone You Aren’t

If I take anything away from this it is that Greg goes waaaaayyy deeper into Tinder than I could ever hope for. I’m hoping for no dick pics and maybe a funny joke. He seems to think he can figure out a person’s soul by swiping through a few photos.

Greg: Just be you and don’t apologize for it! Like YOU, Westley. We’re gonna have to do something about your hair, hun. Like…I understand it’s “going” but those 3 strands across the top are doing nothing for me or for you. Just own the bald. Bald can be hot!”

Greg: “If you’re “just visiting” you’re just here to try butt stuff for the first time. Not interested. Swipe on, swipe on!!”

There are literally so many married guys on gay Tinder! I cannot decide if they’re just married but in super progressive open marriages, or if they’re gay and haven’t come out to their wives yet. Either way…sketch city.

Greg: “Short answer is HELL to the no. Slightly longer is NeVeR swipe right to a man who admits to being married on Tinder. It always fucks someone’s day up.”

On Tinder? Really? I mean…at the pie store or kitschy coffee shop you frequent, sure. But a dating app? I know it “happens” but I feel like the people that it happens to are lying to us to keep us entering our Apple ID passwords because they get some sort of secret commission out of it.

Greg: “Why can’t we just be friends? But seriously if there’s a ring involved and we’ve known each other for less than a month I better be on The Bachelor because otherwise I will damn sure say no!”

This is universal on any dating website for any dating people, I think. Babies form a certain level of commitment. It’s unfair to throw it out there if you aren’t sure about what the other person wants.

Greg: “If you have a baby that means a lot of things to me. It means, number one, you’ve been into a vag which is uncharted territory for me and makes me feel a little territorial if we’re being honest. Plus I never thought I would have to sign up for Baby Mama Drama ever in my life and now I’m being automatically subjected to it. Also…there’s a baby. I don’t know how to deal with a baby. This swipe on Tinder just became exponentially more complicated because of this tiny human. –hrumph-”

9. You Brag Unnecessarily Much

No one likes someone who’s super into themselves or their own accomplishments. I don’t care if you’re Meryl-Effing-Streep just be cool, okay? There’s something to be said for being able to acknowledge the person did something cool and then moving on.

Welcome to the club…so is everyone online and trying to get some.

Greg: “Oh you’re outgoing? That is code for faaaaaaaalaming.”