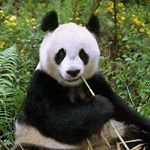 I hadn’t checked out the website of one of Denver’s distinguished bookstores, Tattered Cover, in literally months when an intuitive thought led me to checking out their website. So I did, and saw that Ryan Holiday was coming for a book signing two days from the day I checked the site!

Around that time I had been diving into Holiday’s website and stumbled upon his book recommendation of Meditations by Marcus Aurelius. It piqued my interest, so I quickly got a copy and read it. I can agree with Holiday saying that this is one of the greatest books ever written. It was only a couple weeks after finishing Meditations that I found out Holiday was coming to Denver. Was it a play of the Gods? The law of attraction? Luck?

Who knows. All I knew was that I had an opportunity, so I followed Holiday’s advice from one of his articles on taking the risk of contacting someone I’d like to learn from—him.

In the days leading up to the book signing, I took the time to draft up a genuine letter from my heart to give Holiday if we were able to meet. I wasn’t positive it would happen, since I knew I’d be teaching until 8 p.m. and his book signing was from 7-8 p.m..

At 8 p.m. sharp on the day of the book signing, I ended classes and rushed to my car to drive to Tattered Cover. I got there in about 10 minutes and literally ran from my car to the bookstore; since it was downtown, I had to park a few blocks away.

After getting into the bookstore, I asked an employee if Ryan was still there. They told me yes and pointed to where he was. Although I was filled with excitement, I stoically walked to the line to meet him. I had my letter with me and I also picked up one of his books to buy—Ego Is the Enemy, which I highly recommend!

I asked some people in line about the talk Holiday had given for the past hour before meeting him. They didn’t tell me much, but I was still excited that I was about to meet him. A few minutes later I was at the front of the line. I gave him my letter, we spoke of the book Meditations by Marcus Aurelius, he signed my book, and we took a picture together. It was surreal in the moment, but the moment got even more surreal a few weeks later.

I was parked in my car with a friend awaiting the grand opening of a pizza place when I decided to check my email. I was wonderstruck seeing an email from Ryan Holiday. It informed me that his company was hiring an intern and if interested I should send back an article I’d written on stoicism before they send me a trial assignment. I was definitely interested, so I replied, did the assignment, and was offered the position.

I worked with Holiday as an intern for the next few months and considered this time to be priceless, although I was paid.

I learned and improved upon my understanding of multiple aspects of stoic philosophy, the human ego, professionalism in intern positions, taking no shortcuts, and much more that I’m still applying in my life, but one of my biggest takeaways, which Holiday is an advocate for, is to take the risk.

If you never reach out and seek opportunities to grow and work with experts in your field, then you’ll most likely remain where you are. Write the letter, but first make sure you know ways in which you can contribute.

Who are a few leaders in your industry you’d love to work with? It’s possible to work with them, but I recommend Holiday’s advice on finding mentors before sending a blind email.

What are you waiting for?

The time to act is now.

I find joy in being an enigma & want to lessen suffering in the world.

8 Massive Signs You’re Further Ahead Than You May Think