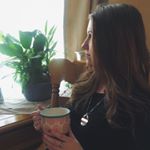 In the beginning, I grieved. Once I realized that you no longer desired to speak to me, I was (obviously) upset. Some people drift slowly, but others pull the plug before you even have a chance to catch your breath. No matter which person you are, the pain of your absence was still present.

There were moments when my mind would venture off into darker places. I would begin to question if you would show up to the hospital if I were in a car accident or if I had gotten ill. Although I always shrugged the thought away quickly, in the back of my mind I couldn’t fight that little voice that whispered “No”.

During the good moments of my life and during the bad moments, I wished that I would be able to one day share my stories with you. I wondered if there would come a time when we would be able to sit down and catch up.

But eventually, all of that changed.

Do you want to know what else I realized?

For years, I thought the idea of having a kind heart made me weak. I thought that forgiving people easily was a bad quality, but I have learned to embrace that part of myself. I have found that a forgiving heart is actually a blessing, and I am prepared to extend that forgiveness to anyone who has ever hurt me or who will ever hurt me.

A forgiving heart does not make you weak — it makes you strong.

And I forgive you for the pain you caused me.

And if you ever need me, I’m there.