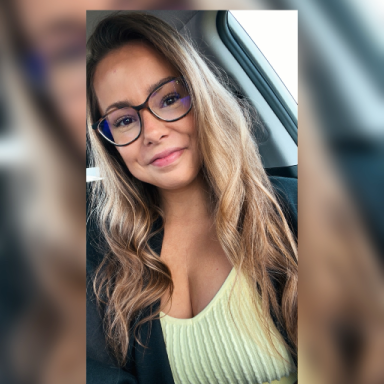 “Just be kind, you never know what someone else may be going through.”

Absolutely such an underrated quote. There could not be any more truth in it. If you think it’s not that big of a deal, let me take the time to prove you wrong, because it definitely is.

You see a woman in the grocery store and stare because you think she is entirely way too dressed up to be shopping in Kroger. Just know today was the first time that woman has left her own house in two weeks due to depression. Don’t hit me with that “Well, she can just get over it” if you’ve never had depression or had a loved one who has suffered from it. It is not as easy as saying, “It’s going to be fine, just chill out.”

The nurse that was trying to take care of you or your family member that you kept thinking was too emotional or seemed distracted just lost a patient after performing all extraordinary measures that they went to school for years to learn. They know they have other patients to take care of and their floor is packed that day. They’ve had no time to process or deal with what just happened because they had to move on to take care of you. They aren’t even distracted, they are doing their best to help you. Maybe it’s you who is distracted by your judging and nitpicking.

When you call your local Emergency Communications Center and you get a dispatcher that seems to have a tone with you, take a step back and breathe. Tones can be taken wrong so easily. Also, let me enlighten you. During the last call that dispatcher took, she was on for over 30 minutes almost helplessly listening to a wife and three children get abused by their drunk father and husband. She choked back her tears and got units out as quickly as possible. She stayed on the line and responded to the few random times the mom was able to hide and unmute the phone to ask if she was still there. She did her job by doing everything in her power to calm the mother and help keep the kids safe. She was barely off the phone 30 seconds when your call came in for the noise complaint that you have about your neighbor.

You’re late to work and you’re doing 81 in a 65. I get it, you mean no harm, you just want to get to work on time. However, you get pulled over. You’re annoyed, rolling your eyes and panting as the officer walks up to your window. The officer proceeds to tell you that they pulled you over for speeding, and they seem so dry to you. Actually, the officer seems downright mean. You almost want to cop an attitude with them. I get it, but just know that only yesterday that same officer responded to a call to find a young woman that had committed suicide in his small town. You’re their first interaction since that call, little do you know. Not to mention the woman that took her own life was one of their best friends’ family members, as well as that officer having a family member of their own commit suicide at a young age. Breathe, the officer is only doing their job to the best of their ability to keep you and other citizens safe. You’ll get to work—take your time.

Oh girl, before you go all out going off on that guy that seems so shady to you and your lowkey efforts, think about this. That poor guy put himself out there for a girl not long before you came along. He was rejected and flat out embarrassed by a girl who got that same attitude you’re currently thinking about giving him. He’s been through more than anyone could ever know. He is used to being alone; he’s been hurt by life more times than you could count. It isn’t specifically you. You have no idea how badly he may want to give you a chance, but he doesn’t truly know how at this point. It’s personal to him, not towards you.

You’re nervous, scared, shaken. You were just involved in an automobile accident. Your passenger is stuck in the vehicle and your local firefighters are doing everything they can to get them out quickly and safely. It’s human nature to panic, which is what you’re doing. Pacing the scene trying to get information, trying to process what just actually happened. There’s a firefighter walking back to the engine to get something, and you pounce him trying to ask what’s going on. He freezes for a moment and is staring right through you, and you know it. Your emotions get the best of you and you start yelling, but he can’t hear you. He isn’t being rude, he doesn’t have an attitude. He’s having a flashback. The last time this incident happened, the results didn’t turn out as good as they are currently turning out for you. He’s seeing in his mind the entrapment that will haunt him forever because despite his best, hardworking, down-to-the-grit effort. His team did not get to save the passenger that was trapped in the flashback he’s having. When he zones back in and answers you directly as he’s grabbing an extra air bag to stabilize the vehicle, know that he isn’t giving you attitude. He’s telling you straight so he can get back to your crushed vehicle and successfully save your loved one.

Quit staring. Quit making that face. Quit acting like you’re so confused. Yeah, you. The person looking at me like I’m weird because I walk with a limp. And for goodness’ sake, don’t ask me with your eyebrows raised and finger pointing, “What’d you do to yourself?” Just let me limp in peace, it’s bothersome enough to deal with. If you want to ask kindly with concern, that’s one thing, but I don’t need your extra attention embarrassing me when I’m thankful to be walking at all. I may be 27 and look 15, but autoimmune diseases don’t care.

Do you see my point? Do you now understand how true it is that you have no clue what someone else is going through. Some days you don’t even realize what all you’re going through yourself, and that’s perfectly okay. You wouldn’t want someone judging you on a bad day or in a bad moment. Everyone is out here just doing the best that they can in the exact same way that you are. Spread some kindness next time you’re in a situation that your instinct wants to judge right off the bat. Take a second to think about the fact that they could be facing an issue that you could never imagine.