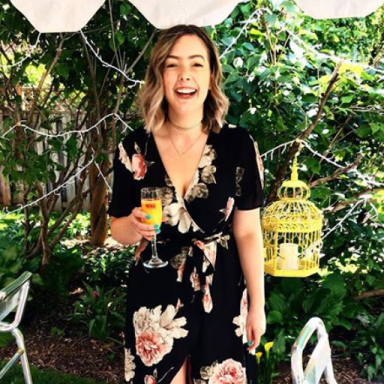 Some would say I have an “unhealthy” amount of love for our king, Harry Styles. Some may even classify it as over the top. I personally disagree, but to each their own.

Hollywood’s usual lead—the juiced up, tanned, muscular, beefy, perfect haired, Abercrombie and Fitch-looking man—seems to be in complete juxtaposition to what has been dubbed the “Art Throb.” It’s the men like Timothée Chalamet, the androgynous men who are not afraid to wear pearls with feather boas and other “women’s apparel.” They are being called the “soft“ leading men of today’s Hollywood, but I would argue that they are much more attuned to who they are and in touch with their emotions, which to me is much more admirable than washboard abs.

The Art Throb is the sensitive artist type. They are self-aware and care deeply about others without worrying about whether or not it comes across as traditionally feminine.

The Art Throb isn’t a new phenomenon. They have been with us through generations. In past years it was the Mick Jaggers, David Bowies and Freddie Mercurys that paved the way so that our modern day “soft boys: could run. And bless them for that and for the amazing music they produced as well, obviously. Maybe that’s what makes rock music so badass? Mick was notorious for wearing frills! There is definitely a connection between male androgyny and Rock ’n’ Roll.

Truthfully, I think I am just always in support of people, be it celebrities or just regular humans like myself, who take what society tells them they need to look like, do, and say, and instead show up on the red carpet with a leather suit and green feathered boa (cheers, Harry). Let’s also just take a moment and appreciate the level of class Harry Styles has when critics and small minded individuals come for his chosen attire and deem him “not manly enough.”

Timothée Chalamet is an astounding up-and-coming actor who is also thin, awkward, and sweet. He wins people over with his soft, kind nature, which is just an added bonus to his extreme acting abilities. It’s incredibly endearing and just adds to his many charms. He doesn’t care if his choice of clothing and nail polish, or what have you, make people question his sexuality—and that, my friends, is winning. This is such a polar opposite to the idea of “masculinity“ that society pushes on us. Let’s also make note that these two men I have mentioned prominently throughout this article are loved by a huge portion of the world. It just goes to show you that at the end of day, people want to celebrate kind, soft-hearted human beings.

I am a chocoholic and a hopeless romantic.

24 People Who Hooked Up With Celebrities

Who Cares If People Only See ‘Dunkirk’ For Harry Styles?

Kim Kardashian’s Ass And The Height Of Post-Empire