“Everybody is running around frantically and none of the staff can help. Even they are in the dark.”

I first heard about the Fyre Festival from Twitter, because obviously, when shit happens, you go to Twitter to get the tea.

My friend Dylan had been tweeting about something happening to him in the Bahamas. When I scrolled down his profile long enough, I found the start to his thread–his experience at Fyre Fest.

First of all, imagine yourself with enough money (whether if you busted your butt to get the money or if you were just lucky enough to have it already) to attend an exclusive event on a private island in the Bahamas. I’m talking about being surrounded by social media influencers and celebrities on the beach, swimming in clear blue waters, drinking a ton of alcohol, having a ton of sex, listening to live performances of Blink-182 or Migos–everything you could dream about.

The Fyre Festival was supposed to be something exclusive and special but in reality, it was a deliberate plan to deceive. It was an absolute scam, all thanks to Billy McFarland.

I recently watched Fyre Fraud on Hulu and was instantly brought back to the day I refreshed my Twitter feed in anticipation of more tweets from Dylan.

In the documentary, I learned a lot about Billy McFarland and his plan to make Fyre Fest be the greatest thing. He came up with this idea and tried to execute it. He had rapper Ja Rule to be a brand ambassador and managed to get celebrities like Kendall Jenner and Gigi Hadid to to promote the festival on their Instagram accounts. People were into it and they wanted their followers to be into it too.

Billy and his team spent six months planning this festival. People told them it wouldn’t work and that they’d need more time to get everything together. Billy wanted this to be a massive, luxurious event. He was going above and beyond to make it happen.

During the short time they were planning the festival, Billy was struggling. He wasn’t able to pay for everything on time (or at all…) and so he started wire transferring–which led to his arrest and charge with wire fraud. Along with drowning in so much debt, he was also sued for $100 million.

I watched this documentary and compared it to Dylan’s tweets and I was shocked. Like…this was a real thing that happened.

According to Fyre Fraud, this festival was an event for rich Millennials to get some clout. People paid prices of more than $1,000 for a ticket and roughly $250,000 for a luxury package.

Dylan had worked hard to pay for the trip and spent $1375 for a bottom tier GA ticket. While he was there, he realized that a large majority of the people there were in their late twenties. From the moment he stepped off the plane he realized everything was not what he expected.

He tweeted about the “$14 dentist spit-cup sized cocktail” and the ham and cheese sandwiches they offered, as the “gourmet cuisine.” 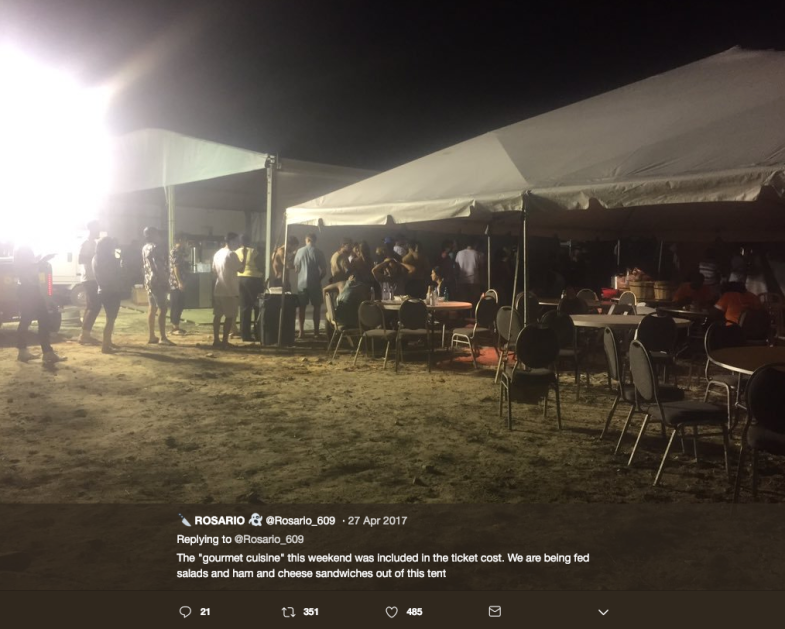 The showers and bathrooms were disgusting and flooding. Workers threw luggage around and people fought to try and find their belongings amongst the piles. It was so disorganized in every aspect. 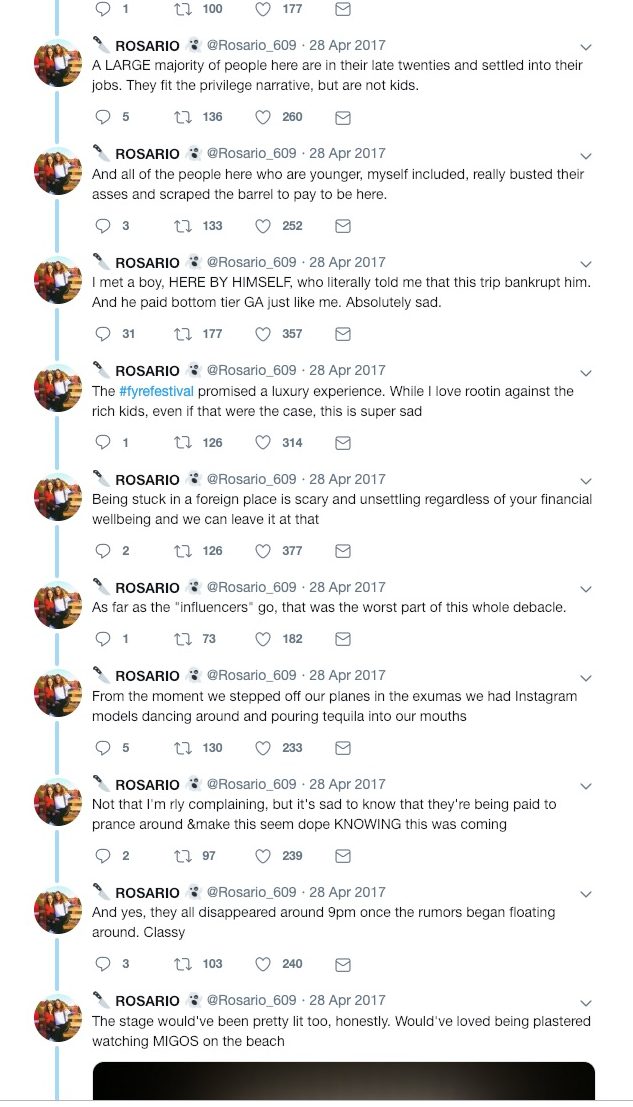 Everybody was scrambling to get out of there.

When rumors started flying around about how it was just a scam, the Instagram models, the workers, and even Billy disappeared. Like…even the medical team was MIA.

Fyre Fraud showed some social media influencers boarding the first flight off of the island, being forced off the plane, and then being detained in a locked room. People were camping out and waiting for a bus or a taxi or something to take them somewhere other than where they were. 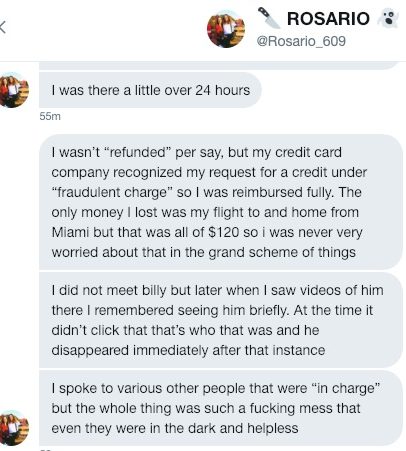 So we can all agree that Fyre Fest was a hot mess? Yeah. Cool.

27 Juicy Details About Fyre Festival, From The Netflix And Hulu Documentaries

This $12,000 Luxury Festival Turned Into The Modern Day Hunger Games When Attendees Got Stranded On A Remote Island