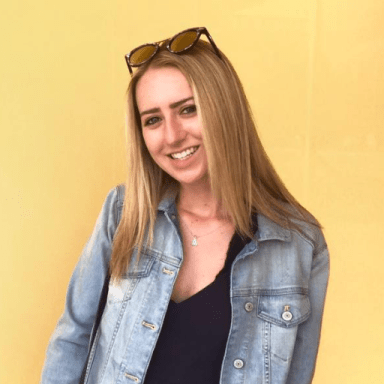 Hmmm, this story sounds all too familiar.

So you’ve met each other’s parents, go on vacations together, and exchange “I love you”s. Sounds like….casually hanging out a couple of times and nothing at all like a relationship, right?

After Jed Wyatt was exposed by Hannah Brown on the season finale of The Bachelorette as being a liar and having a girlfriend before the show’s start, viewers felt all of the ~feels~ They took to Twitter to share how they’ve dated a Jed before—a guy who essentially immerses you in his life, as one would do with a girlfriend, but doesn’t slap the label on it. Then he abruptly notes he doesn’t want a relationship after you’re months deep in each other’s lives.

Watching this made me realize…. I dated a Jed Wyatt….

My wife: “There are “Jed’s” freaking everywhere. I dated a hundred Jed’s on Bumble and other dating apps. She can do so much freaking better than that.”#bachlorettefinale

I dated a Jed once, he also just told me what I wanted to hear and was a cheater. I’m not saying there’s a theme BUT THERE’S A THEME. #TheBachelorette

But why have I dated a Jed before 🤣🤣

If you felt t-r-i-g-g-e-r-e-d during the finale, chances are, yup, you’ve dealt with one of these delusional bros. I *might* be party to also denying that I am in a relationship with someone when we clearly do all of the things that couples typically do. But, hey, it was a mutual denial and yes, I eventually was hit with the “I don’t want a girlfriend right now” line and got hurt. The times we live in! They’re great!

Label or not, if you’re doing all of the things couple do, you are in a relationship. And that seems to be the trend these days: doing all of the couple things without the label. Somehow not labeling it makes it feel safer—like there’s less of a chance that you could get hurt. Unfortunately, the label does nothing to prevent that. (I can confirm.)

Dating in your 20s these days can be chalked up to a mix of fear and the fact that everyone wants love, but no one wants to admit it. Young millennials and iGen’ers look at love as a disease, according to The Cut.

This non-relationship relationship trend obviously started before the world knew about Jed and his ex-girlfriend, but it definitely placed a spotlight on the bleak love outlook these days and how people never explicitly DTR. The situationships are thriving.

Conveniently, Ariana Grande’s new bop “Boyfriend” with Social House hits this struggle to commit at its core. There could not have been a better timing. Thanks, Ari.

well, i feel like this song captures a common theme in the lives of so many people i know ! people want to feel love but don’t want to define their relationship & have trouble fully committing or trusting or allowing themselves to fully love someone. even tho they want to. 🌫 https://t.co/28CfLoJseu

It kind of makes you wonder what hurt us all so badly to make us avoid catching feels at all costs, or at least delaying it longer than our parents did. Before you know it, marriage and the idea of relationships being a thing will cease to exist. And with inspirations like this 107-year-old lady who attributes her long life to never marrying and Italian food, I think I’ll stick to a relationship with my bed and a bowl of spaghetti.

Writer of all the things. Freelance fashion assistant for Cosmo.