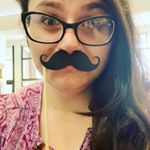 “I sat with my anger long enough, until she told me her name was grief.”

I was in kindergarten the first time I remember feeling jealous of a classmate because she had something I did not have. It was not a cool toy. Instead, she had the one thing I had always wanted: she had a mother. More specifically, she had a mother she could depend on who packed her lunch and was there every day to pick her up from school. They seemed so connected to each other, and I could not remember the last time I had even seen my mother in person.

Growing up, I was always told that my mother was “sick,” and there was little explanation beyond that. It was not until I was a teenager that I realized that her being “sick” meant “struggling with addiction.” During my mother’s rare moments of sobriety, she was briefly in my life, and then she was gone the moment she relapsed, leaving me behind to deal with the emotional aftermath of her broken promises. Still, I secretly held out hope that I would eventually have the relationship I so desperately wanted. One day she would get better, and she would have a true place in my life.

It was a late summer night in 2006 when I witnessed a rare occurrence; my mother walking down the street just a mile from where I lived. I was in the car with my dad, and rather than pulling over to say hello, I watched from the window as she took a seat on the curb behind the local grocery store. She had never made time for me. In fact, she did not even recognize me when I had last seen her, a year prior to this night. I was not going to leave myself vulnerable to that type of rejection again. I was not going to give her another chance to break a promise.

It was less than 12 hours later that I got the call that she had been killed. She was shot dead in the very spot I had seen her last. I remember sobbing uncontrollably as I was suddenly overcome with the gravity of intense sadness and loss. At the same time, I berated myself for becoming emotional over the loss of someone who had let me down so many times. I felt immense guilt that I did not do anything to prevent her from being killed when I had been so close by just hours before. But mostly, I was angry at her for leaving when I was a young child and never making things right between us. My feelings were a mix of irrationality and confusion, but at the time, I was 15 years old, and I was not fully capable of handling a loss of this magnitude.

My mother’s funeral came and went. It was an unseasonably warm October day, and I stayed home from school to attend the graveside service. There were no speeches read, no songs dedicated to her memory, and a grand total of nine mourners in attendance, including myself. The casket was simply lowered into the ground, mechanically and impersonally, and I stood a few feet away from it all, determined not to cry. My resolve was quickly broken, though, and I found myself once again overcome with a sadness I did not understand. After the funeral, I brushed my feelings off and went back to school the next day as if nothing had happened. Nobody knew I had taken a day off for my mother’s funeral; nobody at school even knew she had died.

Eventually, the person responsible for killing my mother was caught, and the time soon came for this man to answer for what he had done. It was then that I made the decision to give an impact statement at his sentencing. As I stood less than 10 feet away from the man responsible for ending my mother’s life, my hands shook and my voice cracked, but I forced myself to speak. As soon as I finished reading my statement, I was once again in tears and angry at myself for not remaining stoic and unmoved. This was supposed to be my opportunity for closure. I was supposed to walk out of the courtroom feeling prepared to move on from what had happened. Instead, I left feeling even more closed off and unsettled than I had before. I returned to school the next day, and once again, I did not tell anyone where I had been.

In the years that followed, I became quite familiar with anger. Anger at my mother for abandoning me, first as an infant and then permanently as a teenager. Anger at the man who took her life, as well as the lives of two other innocent people on that fateful day. And mostly, anger at myself for not being able to process my true emotions and find the closure that I so desperately longed for and deserved.

It was almost a decade later that I realized the anger I was feeling was actually grief in disguise. I had experienced a loss that was so profound, so beyond the scope of anything I was prepared to handle, and anger was my default emotion. I understood anger and I knew how to feel it.

Over time, as my life grew and changed, though, I started to feel empathy for my mother and the person that she was, struggles and all. I realized her life was not easy, and she was limited in what she could provide for me emotionally. She was so full of her sickness that there was little space for anything else. I learned to talk about my loss, and not just with my therapist. I began to see my mother as a whole, individual person, rather than only seeing the ways her life impacted mine.

Grief does not lessen over time, it just gets more familiar. You learn to live with the constant dull ache and a sadness so profound that you cannot give it a name. Grief bleeds into every aspect of your life, demanding to be felt. Every day I grieve the loss of my mother. I mourn the person that she was, I mourn the person she was not, but mostly, I mourn the relationship we never got to have.