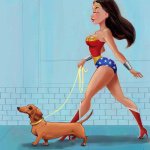 I have struggled with Obsessive Compulsive Disorder my entire life. My earliest memory of childhood OCD was taping down my shoelaces because I didn’t like that they stuck up, nor did I like if my left shoe felt tighter than my right. The list goes on with other small things that I needed to do or think about before I could continue on with my day. I never really thought about it until my 30s. I knew these things were not right, but I also didn’t know what to do about it at the time. At that age, you can’t really verbalize what you’re doing, and it seemed embarrassing to try to explain it.

It wasn’t until middle school when someone made a comment about something I was doing with my hands, a repetitive motion I did in even numbered ways, that it dawned on me: “Why am I doing this?”

I suppose back in the ‘80s, this was a thing, and people probably sought therapy or medication for it, but it wasn’t until a few years ago that I told my therapist that I thought I may have OCD. I didn’t necessarily explain to her what I did as a child, because it still seemed embarrassing at age 35, but I said just enough for her to put me on medication. After being on it for a year, I didn’t notice a change. If anything, the thoughts I was having increased. As an adult I had stopped taping down my shoelaces, but I’m always aware of my shoelaces. I don’t stop to grab the tape, but it’s almost like the many years of doing it are burned into my brain.

I eventually weaned off the medication with my therapist’s approval and am currently not on any. Other than the repetitive checking if the iron’s off in morning, I don’t really do any physical things that hinder my day. What has become debilitating, though, and maybe something that cannot be controlled with medication, is the overthinking, overanalyzing, and worrying thoughts.

All of these things have taken a toll on my relationships. Over the course of my years of dating, I have successfully sabotaged many. It’s quite amazing how ONE thought can lead to eighty. How ONE thought can prove so believable that it can spiral into so many other negative thoughts that seem so vivid and truthful. There have been countless times where I know what I’m thinking isn’t true, but that original thought, that original delusion, seems much more believable.

In a relationship, when someone loses your trust, it’s near impossible for me to forgive, not because I’m not a forgiving person, but because whatever that person did is now the only thing I can think of. I perseverate on it. Eventually it breaks down the relationship, I become the crazy one, and the relationship ends.

One would think after seven or eight failed relationships that share this outcome, I would realize what I’m doing and either end it when trust is lost or change my way of thinking when it happens and move on. But here’s the problem: OCD and anxiety are so gripping that it usually takes all of your physical and mental energy to take that ONE thought and put it in your past. No one is alone in this. This is a real thing.

I have no advice for anyone experiencing this. I obviously have not figured out a way to deal with this, as I’m still struggling today. I don’t think there’s a medicine or method, to be honest. I think it’s so personal and different for each person. What we experience is so specific to our lives; how can a medicine target a thought? On any given day I have at least 100 things that strike my anxiety or OCD. I deal the best way I can and move forward. Generally the thought goes in my back pocket for later overanalyzing, but it’s always there.

As I trudge forward and live another day, all I can do — all anyone can do — is take what is handed to them and do the best they can with it. When someone tells me, “Just forget about it,” they don’t understand. No one can understand what any of us is dealing with in our brains. I think it’s a lifelong struggle. It’s not always easy, but it could be worse — and trying to stay positive and think of the good we have is sometimes the best medicine.

I Hide My OCD

7 Things To Stop Saying To Anyone Suffering From OCD

5 Things Everyone Misunderstands About OCD