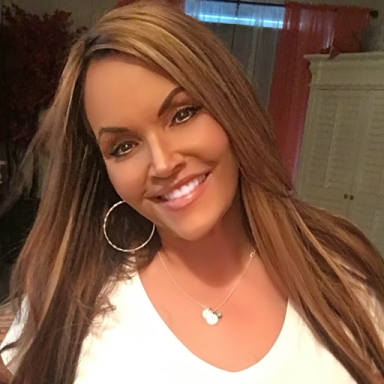 It’s hard to get over a fear of the dark when your monsters were real.

I’m a survivor. I was raped repeatedly for several years of my childhood. It is still something I have difficulty discussing with anyone except my therapist. It is a painful, horrific truth that controlled me for decades.

I kept that devastating secret buried deep beneath the carefully constructed façade I presented to the world. Unspeakable layers of trauma and pain were hidden in the dungeon of my soul. Some things are too horrific to acknowledge, and those types of truths littered the hallways of my heart. Pain is powerful, though, and it refuses to be ignored forever—it is like a dense fog that is gray and ominous. Refusing to dissipate, it patiently lurks, waiting for the precise moment to roll in, suffocating your soul with it’s weightless, thick fingers. It’s an inescapable silence that is deafening.

Everybody wants to know your secrets. Reporters want details but don’t understand the horror associated with those memories. The turn of a doorknob, footsteps in the hallway, cars pulling in the driveway, followed by the laughter of men—all sounds associated with the doom of what is to come. Frozen in fear, you lay in your bed with that twisted knot in your stomach, knowing the horror is imminent. There is always the question: Who protected the little girl with the big brown eyes?

The answer? A resounding no one.

I was a little girl. I was traumatized repeatedly. All of the screams that were never heard and the tears that were never wiped away turned into coping strategies that were incredibly unhealthy. The agonizing pain never left me, it was there ominously reminding me that I would never be enough. The overwhelming shame of the sexual abuse made a swampland out of my self-esteem. Suffering in constant silence, I turned to food. It was my comfort and provided temporary relief to an unspeakable pain.

To the outside world, I was a success. I earned a Master’s degree in counseling and personified the myth of the wounded healer—fixing everyone but myself. I piled on the pounds and my overeating caused me to weigh in at 391 pounds, making my body just as unhealthy as my soul.

I spent over a decade of my life weighing almost 400 pounds. I felt so beaten and destroyed. I wanted to like the woman I saw in the mirror, but I didn’t. I think the sadness I saw in my own reflection devastated me. I wanted to feel pretty; I wanted to feel desired, loved, and to be healthy and active. I longed to enjoy my life. Sadly, I felt the polar opposite of all those things. My self-worth was at an all-time low and not surprisingly, I didn’t make the best decisions.

Actually, I made disastrous decisions. I was so starved for love and acceptance that I settled for people and things that only contributed to my already toxic existence. If you are a Game of Thrones fan, you’re familiar with Khaleesi, the monarch with numerous titles. At that time, I, too, had many titles. Mine, though, weren’t so positive. My introduction would have gone something like this:

Introducing her Grace, Queen Ruler of the Kingdom of Crazy Town, The First of Her Name, The Forgiver of the Remorseless, Lover of the Unworthy, Keeper of Grudges, Embracer of the Thankless, Enabler of the Offenders, The Broken, The Bitter, Lady Kelley, The Homecoming Queen of Crazy Town.

Feeling like I had no options, I tended to tolerate whatever was thrown my way. It’s like I was stuck in The Dressing Room of Life, trying on love and friendships that just didn’t fit. I would try to squeeze and wiggle my way into things that were never meant for me. I lived in denial of the fact that there were other options in the great mall of life. Instead of continuing on and shopping for something that was actually my size, I emotionally paid the price, filling the closet of my world with situations and people that would never fit.

It’s hard to see reality looking through the blinders of pain.

In 2002, I had weight loss surgery. In 14 months I lost 243 pounds and I have maintained that loss now for 18 years. I lost the weight, I had all of my excess skin removed, and still, happiness continued to elude me. I went through my honeymoon period of feeling ecstatic about my weight loss and my new body. Sadly, though, I had never healed or acknowledged the pain and trauma that I had suffered for so many years of my life. Because of my surgery, I could no longer use food as a comfort, so my self-destruction transferred to other areas of my life.

I dated the wrong men. In fact, if dating the wrong men were an Olympic event, I would have been a gold medalist. I shopped. I maxed out my credit cards repeatedly. I attempted to numb the relentless despair with pain meds. Unfortunately, no matter how desperately I tried to run from the pain, I could never outrun myself—at this point, I had become the problem. Somehow, despite all of this chaos in my life, I started a small, local business that became quickly successful. I had been running that business for 12 years when I started gambling.

I lost it all.

I lost my business, my home, my cars, my friends, my family—every single thing I had worked so hard to obtain was gone. I was convicted of theft for the misuse of money from my business related to my gambling addiction. The demons that I had been battling for my entire life had finally claimed their victory over me and I was engulfed in darkness. Broken and devastated in the aftermath of my own self-destruction, I had no other choice but to seek treatment for my addictive and ruinous behaviors. While I willingly engaged in that treatment, I had no intention of disclosing the abuse I had suffered as a child. Even in the middle of treatment, with absolutely nothing left to lose, I was paralyzed by the shame of my secret.

I was blessed with a wonderful, skilled therapist who knew precisely the catalyst of my addictive behaviors. After days of treatment, I finally crumbled to the ground, sobbing and releasing years of horrific abuse that had infiltrated my soul and filled my body with poison and pain. On that day, in Sedona, Arizona, my healing journey began.

It takes an intense refusal to settle for anything less than happiness in your life to begin to heal. Honestly, there were times it seemed as if the easier route might be to just give in to the pain and allow myself to be absorbed by the ever-lurking darkness that was always right there, waiting to consume me. When I first began to shovel through all of the long-repressed memories that had haunted me for so long, the pain was overwhelming. I couldn’t sleep without having nightmares and it was as if a portal had been opened that flooded me with heinous flashbacks that had me drowning in agony.

I was trapped at that point. Once a secret is spoken, there is no going back to the pain of silence and denial. I would sit on the floor sobbing, broken and devastated, attempting to reconstruct my fragile heart. I was angry and would scream at God, wanting to know where the hell he was when all of this was happening to me. What kind of God would allow a child to experience such atrocities? I struggled with making sense out of why God didn’t intervene on my behalf, but as my healing continued I came across the message of Genesis 50:20, stated simply by Max Lucado, “In God’s hands, intended evil becomes eventual good.”

Throughout my journey of healing, I have learned to embrace all of the sweet dichotomies that exist in myself. I am a beautiful disaster in every single way. My path has been riddled with abuse, mistakes, devastation, and heartbreak, and through it all, I have learned to embrace the beauty in myself and in my struggle. I began putting my fragments back together by loving God, loving myself, and beginning to allow others to experience the genuine, unedited version of me.

I am covered in scars, both the physical and emotional kind. They used to embarrass me and I would constantly try to hide them. Today, I am proud of my scars because I know they are evidence of my survival and proof that God refused to let go of me. It is my prayer that by revealing my scars, others can find the hope that they, too, can heal.

I am a perfect example of what God can do with the broken.