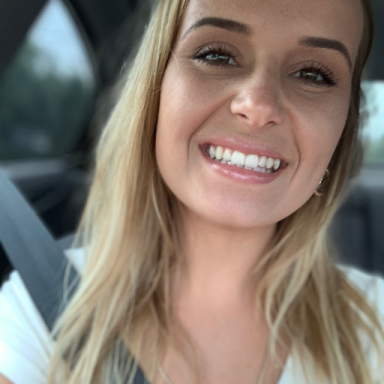 I have always been a soft believer in the supernatural, and I say this because all of my evidence was given to me through stories and experiences that my friends had. I always thought it would be interesting to have my own stories to tell, but after this one experience, it’s safe to say that I have had my fill!

My husband and I love to travel, so when I graduated from my ultrasound program back in March of 2018, we decided to take another trip to celebrate. Three of my girlfriends had also graduated at the same time, so we decided to go to Belize together that following May for a week.

We stayed in three different parts of Belize on our trip, and the last place we stayed was in a town called Placencia. We got a room in these beautiful cabanas right on the beach. We stayed there for a total of 3 nights, and the first night was uneventful. The second night was when everything started. We spent the day doing a ton of fun activities and we were exhausted and excited to get some sleep, but when we got back to the room, the atmosphere felt completely different. I immediately felt uncomfortable but brushed the feeling off because I was so tired. My husband and I were sleeping in the living room, adjacent to the kitchen. Down the hall from the kitchen was a room to the right, where two of my friends, Ashley and Brianna (names changed for privacy), were sleeping, and a room to the left, where my other friend Selena, was sleeping. At the end of the hall was the bathroom.

I woke up the second night around 2:30 AM in the morning to very loud noises in the kitchen. My husband was fast asleep next to me and never woke up to the sounds. But it sounded as if someone was banging pots and pans around and clanging the silverware. I was immediately pissed off, I like my sleep and was angry that someone was being so loud at that time of night. There was a little divider between my side of the bed and the kitchen, so I had to lean over to see who was making the noise. I was about to say something to whoever it was, but I didn’t see anyone there and the noises stopped. I then heard footsteps stomping around the hallway and kitchen very loudly. This went on for an hour before it stopped and I was able to fall back asleep.

I was still a little annoyed and slightly worried about what had happened that night and I wanted to figure it out. I was hoping one of the girls would admit to it. So I asked Ashley if she was the one that I heard stomping around. As soon as I asked, she looked super scared and said she was about to ask me the same question. She woke up at 2:30 AM and heard the same exact things, and she even heard the footsteps pacing around her bed for a while. She crawled into bed with Brianna, who somehow didn’t wake up from any of It. She also told me that she had a dream where she saw a man standing before her, wet and dripping and she knew that he had drowned. So we went to Selena to ask her. She also looked pretty scared and said she was woken up at the same time and heard the same noises, and the footsteps went into her room and around her bed. She also said that at one point, they seemed to stop at the side of her bed and she felt as if someone was watching her.

The next night I was a little uneasy going to bed, but managed to fall asleep anyways. I was woken up around 3:00 am to a loud crash in the kitchen, but when I looked, nothing was out of place. I was terrified and kept trying to wake my husband, but he is a very heavy sleeper and didn’t even move. I was on the verge of tears but was able to fall back asleep, and as soon as I did, I dreamed that this man was trying to get into our cabana. While the 5 of us were trying to keep the door shut, I caught a glimpse of him through the window, and I could make out his face very well. He was a white bald man with a blonde mustache. Eventually, he shoved his way through the door and then shoved my chest, and as soon as he did, I woke up and felt the sensation of hands in the place that he shoved me in my dream. It made it very hard to breathe, but it quickly went away. I was awake for another half hour too terrified to move but luckily the sun started coming up and I was able to go back to sleep for a bit. None of my other friends had experienced anything that night.

I didn’t ask the lady in charge about any kind of hauntings because I was embarrassed, and we couldn’t research anything because the wifi was awful, so we had to wait until we got home from our trip. As soon as we landed, we started doing research and came across this article about a man who had been drinking at the bar next to our resort. He went out for a swim and ended up drowning (just like the guy in Ashley’s dream), and they pulled his body up onto the beach right in front of our resort. The article had a picture of the guy, AND IT WAS THE GUY IN MY DREAM. We all freaked out but we knew without a doubt that it was him who was banging around our hotel at night. I emailed the hotel manager about our experiences, but she denied everything about ghosts. I have never encountered anything like that and don’t ever want to again. It was a crazy experience and Belize was beautiful, but I’m not going back there.

I have a twin sister and I love cats