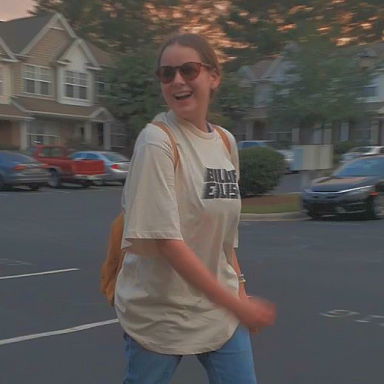 Gossip Girl has many iconic characters, but no one comes close to Blair Cornelia Waldorf.

Over Thanksgiving break, I decided to watch Gossip Girl for the first time, and it honestly changed my life. There are many people who think Blair Is a bad person, but honestly, she is the best. Everyone should strive to be a Blair Waldorf. Blair is a strong, independent woman with a style like no other. She always knows what she wants and will do anything and everything to get it. She might be the Queen B throughout most of the show, but let’s be honest, everyone she was mean to kinda deserved it.

For example, Jenny Humphrey was definitely the worst character in the series. People always judge Blair’s character for banishing little J from the city, but she deserved it. She slept with the love of Blair’s life. She tried to take all of Blair’s friends. She tried to steal Serena’s boyfriend and literally stole a one of a kind dress from Hazel’s mother. The only person who comes close to being worse than Jenny is her brother.

Almost everything I’ve ever read has said that Blair was too hard on Dan Humphrey. He was literally Gossip Girl and everyone was just okay with it except Blair because she actually has some common sense. He tormented everyone for years and everyone was just okay with it. He wrote a book exposing everyone’s secrets, and what doesn’t make sense is the fact that the book was about Blair and he had been writing it for five years but claimed to hate her. He used everyone for his own gain to try to get in with them. I still don’t understand why he wrote a book about Blair while he was with Serena if he wasn’t in love with her. It’s just creepy. This honestly justifies every bad thing Blair ever did to them.

Being the Queen B of the series, she was also the Queen of schemes, and she pulled off some crazy ones in her day. In Season six, Episode nine, Blair decides she is fed up and will not let Bart Bass get away with everything that he’s done, including trying to murder the love of her life. She enlists the best schemers she knows (Serena, Ivy, Georgina, and Sage) to try to take him down and in the process says one of the most iconic lines in the show: “Bart Bass may be able to fool the FBI, but he’s never had to face off against Blair Waldorf and her bitches.”

Also, no one will ever forget when she got rid of Georgina in season one.

“Haven’t you heard? I’m the crazy bitch around here.”

She pulled off so many schemes. She was the queen of blackmail, and through everything, she still looked fabulous.

If Blair Waldorf is known for one thing, it’s her killer style. After watching Gossip Girl, I threw out most of my wardrobe so I could make room for a style like hers. Blair wears pants a total of about three times in the entire series. Even in the dead of winter, she wears skirts and dresses. This is what makes her so iconic. No matter how bad she feels or how broken her heart is, she always looks her best. She served the best outfits from all six seasons, including not one but two wedding dresses. She could make anything work—mustard leggings, bright colors, heels everyday, Tory Burch flats, headbands, lingerie as clothes, etc. Out of all of her outfits i definitely have my favorites.

Or one of the few times she wore her hair straight with this iconic Red dress?

This was definitely my favorite gown she ever wore, partially because of the iconic scene that went with it.

Blair made some mistakes in her life and definitely paid for them in the end. She lost her acceptance to Yale, but she didn’t give up. She still ended up in an Ivy because of her strength and perseverance. She lost Chuck a few times because of bad decisions, but she still ended up with him in the end. She made bad decisions in relationships and friendships. She hurt people, but by the end, she had grown so much. She took over her mothers company. She had her own fashion line. She gave birth to a beautiful baby and started a family with the love of her life. She didn’t commit to Chuck until she accomplished her goals because “I have to be Blair Waldorf before I can be Chuck Bass’ girlfriend.” Even little J said that Blair works for everything she gets. This is what makes her the most iconic character in TV History.

success is in my veins.

I Want To Do A ‘Gossip Girl’ Reboot